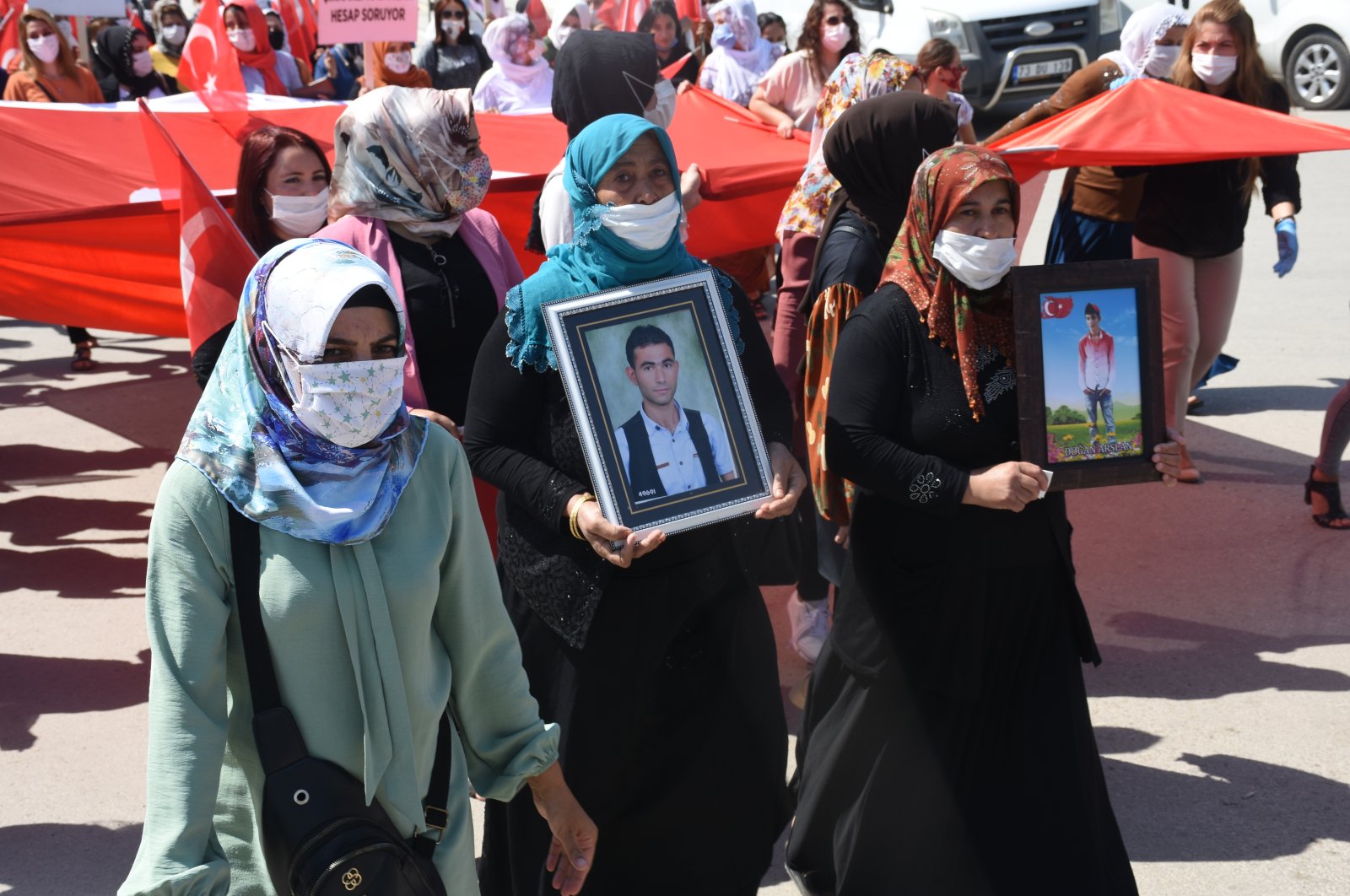 Mothers whose children were abducted by the PKK and relatives of those who were killed by the PKK on Thursday marched in protest against the terrorist group in Turkey's southeastern Şırnak province.

While some women carried photos of their children abducted by the PKK, others carried banners with written slogans against terrorism and the terrorist group.

Making a statement on behalf of the group, a protester identified as S. A. said that mothers, women and youth gathered together to say “stop” to the PKK oppression that has lasted for nearly four decades.

She said that the PKK and HDP have harmed Kurdish women and local people of the region.

The group also expressed their support for the Kurdish families’ sit-in protest in southeastern Diyarbakır province. Calling on the young people convinced by the PKK to join the group, S.A. said: “Let’s come back and surrender to the state in order to blow out the fire in your mothers’ hearts. Don’t be anybody’s pawn. We condemn all terrorist groups, mainly the PKK, and their political branches that make plans against the Turkish-Kurdish brotherhood. The importance of civil initiatives in the fight against terrorism is obvious. Therefore, we appreciate the courage of Diyarbakır mothers. Our heart and humanity will side with Diyarbakır mothers until the end.”

A group of families in Diyarbakır has been staging a sit-in protest in front of the HDP office for almost a year demanding the return of their sons and daughters, who were recruited to fight for the terrorists.

The protest started when Hacire Akar turned up at the doorstep of the HDP’s Diyarbakır office one night after her son was abducted by the PKK. A week later, on Sept. 3, 2019, families inspired by Akar, transformed her solo stance into a collective sit-in protest.

Akar’s son Mehmet returned home on Aug. 24, giving hope to the other families. Since then, 16 families have managed to reunite with their children thanks to the protest's success.