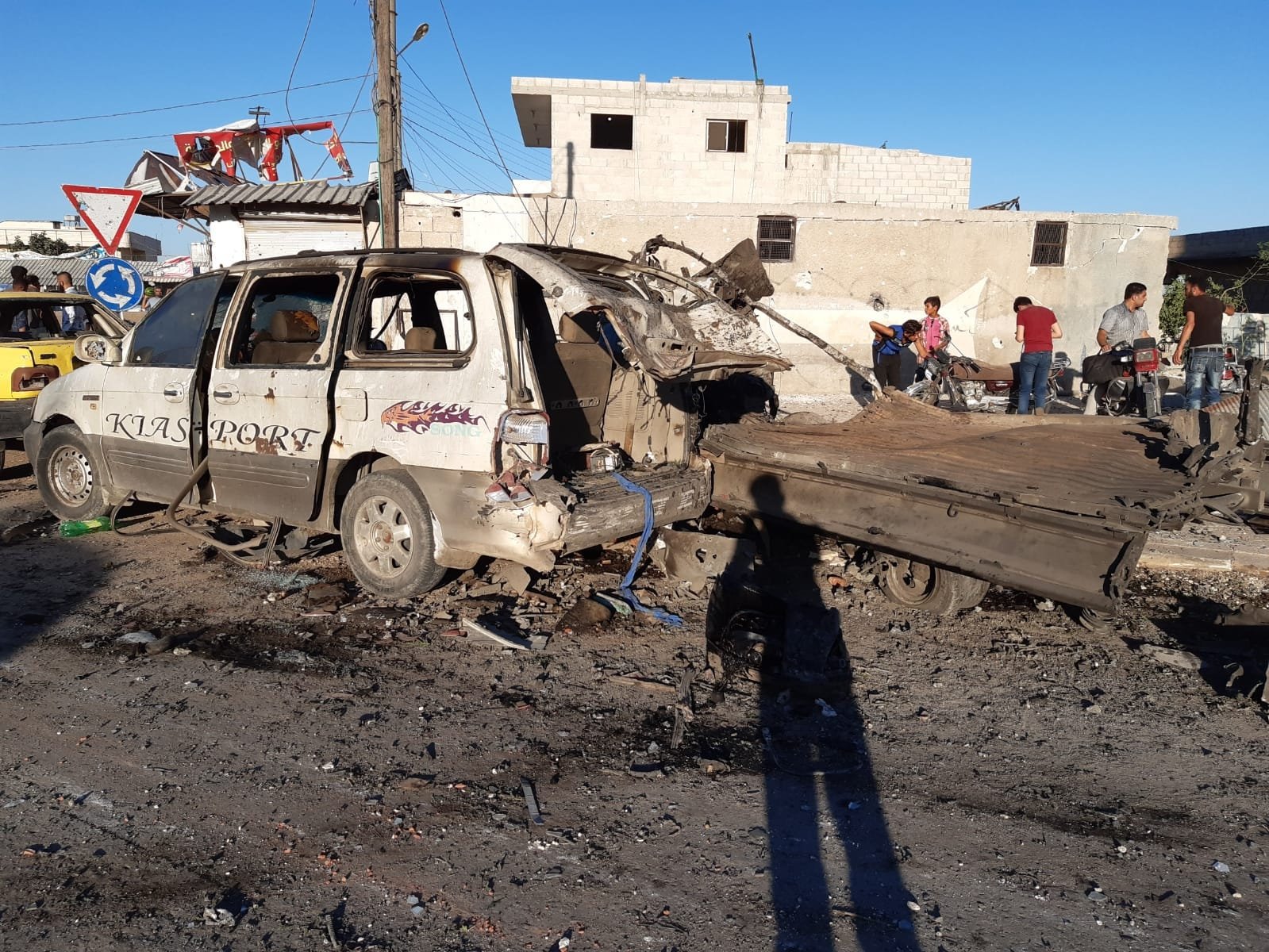 Four mortar attacks by the PKK terrorist group's Syrian branch, the YPG, were reported in Syria's northern city of Azaz on Saturday.

According to information shared by the Turkey-backed Syrian National Army (SNA), the attacks targeted residential areas, but there were no casualties in the strikes carried out from the Menagh region, an area under the terrorist group's control.

In the last three years, Turkey's Euphrates Shield, Olive Branch and Peace Spring operations liberated the northern Syrian region from the YPG/PKK and Daesh terrorists, allowing hundreds of thousands of displaced civilians to return to their homes.

However, the YPG/PKK terrorist group often mounts attacks on Jarablus, Afrin and Azaz from Syria's Manbij and Tal Rifaat areas, which remain under its occupation.

Local people living in areas held by the YPG/PKK have long suffered from its atrocities, as the terrorist organization has a notorious record of human rights abuses, ranging from kidnappings, recruitment of child soldiers, torture, ethnic cleansing and forced displacement, in Syria.

The terrorists, who opened fire from Tal Rifaat on Azaz, attacking the Operation Euphrates Shield area, were targeted by Turkish "fire support" tools, said the ministry on Twitter.

The shelters and positions the terrorists used to attack the Operation Euphrates Shield area were also destroyed, the ministry added.