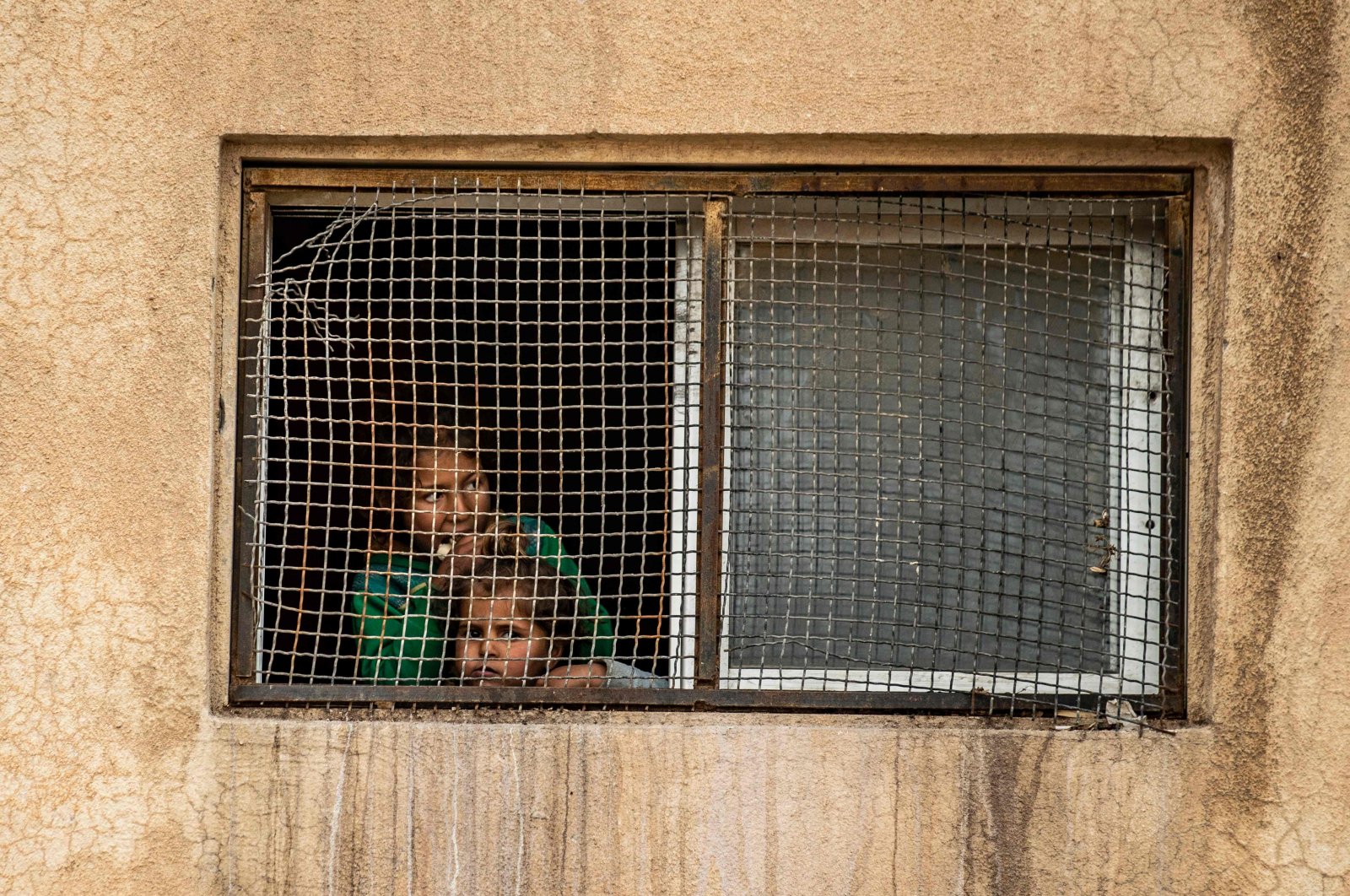 Displaced Syrians stand in a shelter in the northeastern city of Hasakah, Syria, on Sunday, April 5, 2020 (AFP Photo)
by DAILY SABAH WITH AA Apr 06, 2020 1:26 pm
Edited By Dilara Aslan

The PKK terrorist organization’s Syrian affiliate, the YPG, has caused the death of eight civilians, including children, with land mines laid around Syria’s northern Ayn al-Arab in the last month. Ten additional people were also wounded by the devices.

According to local sources speaking to Anadolu Agency (AA), the large number of land mines surrounding Ayn al-Arab, which is located opposite of southern Şanlıurfa’s Suruç district, has become the worst fear of the region’s people.

It has been reported that new mines had been laid by the YPG/PKK around Ayn al-Arab’s southern districts, around the Euphrates river to its east, in the Operation Peace Spring area, border villages and areas close to the Turkish border.

Ayn al-Arab has been occupied by the terrorist organization since January 2015, with U.S. support under the pretext of fighting Daesh.