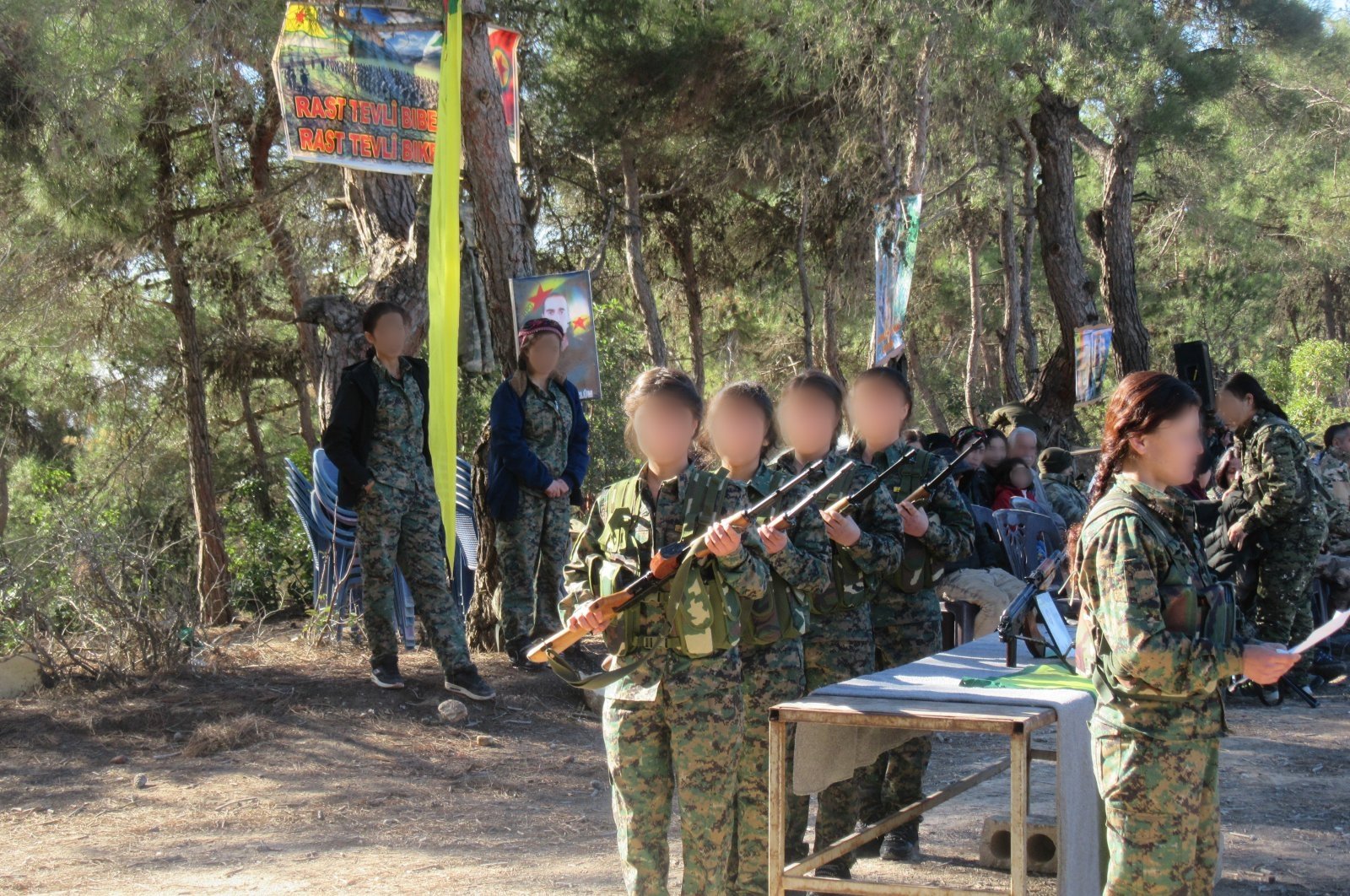 The PKK terrorist group's Syrian branch, the YPG, has kidnapped a 14-year-old boy in northeastern Syria for possible forcible recruitment, in yet another crime against humanity, local sources said Tuesday.

The terrorists continue to kidnap children after separating them from their families in areas under their occupation.

The YPG kidnapped Salar el-Halife from the Siha village in Qamishli, the sources said, adding that the terrorists took el-Halife to Qamishli's Kahtaniyye village for forcible recruitment.

In the last two months, the group kidnapped two other girls from Qamishli.

Local people living in areas held by the YPG have long suffered from its atrocities. The terrorist organization has a notorious record of human rights abuses, including kidnappings, recruitment of child soldiers, torture, ethnic cleansing and forced displacement.

The U.S. Department of State's 2020 Trafficking in Persons Report, which was published on Aug. 4, also revealed that the terrorist group abducts and forcibly recruits children.

The report further added that each year since 2014, the "Kurdish entities partnered with the U.S." made promises to end the use of child soldiers, but the practice continued nevertheless.

Also, the U.N. Human Rights Council published new findings in a report on Jan. 16 that YPG terrorists were using child soldiers in Syria.

Virginia Gamba, the U.N. secretary-general's special representative on children in armed conflicts, met with a YPG terrorist in June 2019 in Geneva and signed a deal to end the recruitment of child soldiers, another proof of the terrorsit group's war crimes and crimes against humanity.

No other U.N. publications have since reported compliance with this deal, nor an end to the practice.

Besides the struggle with terrorist organizations and their mistreatments, the pain of civilians in Syria is increased by the faltering economy in the country under the Bashar Assad regime.

The Syrian pound has seen a sharp drop and the economy has been devastated by nearly a decade of war.

"I am helpless," Mohamad who is raising 12 orphaned children along with his own family members told the U.N. High Commissioner for Refugees (UNHCR).

The U.S. on Monday imposed more sanctions on Syrian officials, entities and individuals it accused of providing support to Assad as Washington continued its efforts to cut off funds to Assad's government.

The action, which also targeted the Syrian Ministry of Petroleum and Mineral Resources, aims to push Assad's government back toward U.N.-led negotiations and broker an end to the country’s nearly decadelong war.

Syria has been under U.S. and European Union sanctions that have frozen the assets of the state and hundreds of companies and individuals. Washington has already banned exports to Syria and investments by Americans, as well as transactions involving oil and hydrocarbon products.