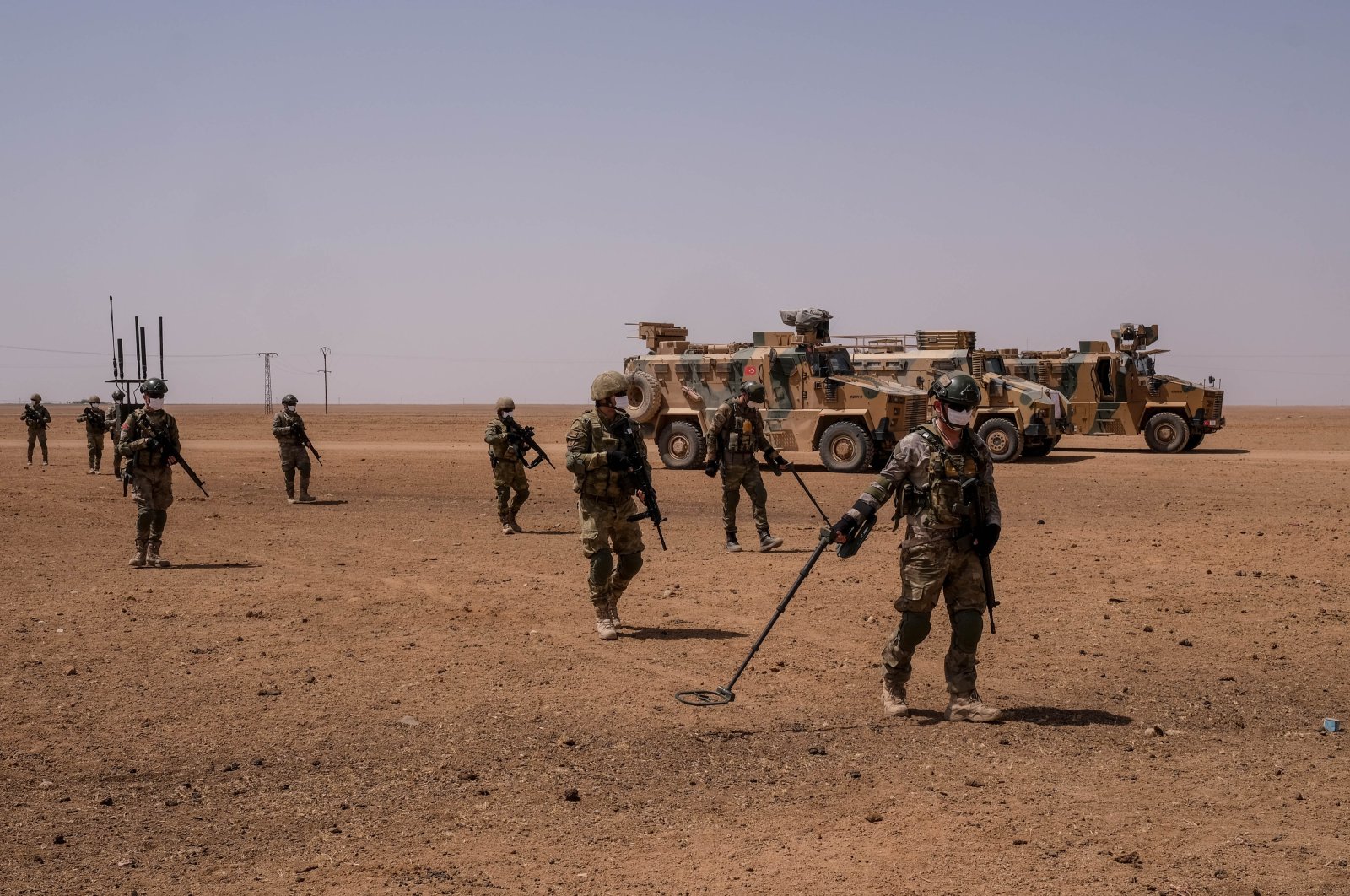 In this undated photo, Turkish military personnel carry out demining activities in northern Syria after the liberation of the area from YPG/PKK control. (Sabah File Photo)
by Anadolu Agency Nov 05, 2021 3:02 pm
RECOMMENDED

YPG terrorists, the Syrian branch of the PKK terrorist organization, in northern Syria’s Tel Rifaat region are laying mines amid the mounting possibility of a counterterrorism operation by the Syrian opposition and Turkish military.

A large number of mines were delivered to the terrorists from four Russian-made ZIL military vehicles, which arrived at the YPG/PKK headquarters around Menagh Airport on Nov. 3.

The terrorists started laying anti-personnel and anti-tank mines in the west of the Tel Rıfat district, which is about 18 kilometers (11 miles) from the Turkish border.

President Recep Tayyip Erdoğan said in October that Ankara was determined to eliminate threats originating in northern Syria and that a YPG terrorist attack that killed two Turkish police officers was "the final straw."

Turkish forces have launched three operations in the last five years, securing hundreds of kilometers of the border strip and pushing around 30 kilometers into northern Syria.

Despite its NATO ally Turkey's major security concerns, the U.S. views the YPG as a key ally in the fight against Daesh in northeast Syria. Russia has forces in the area to support the Assad regime.