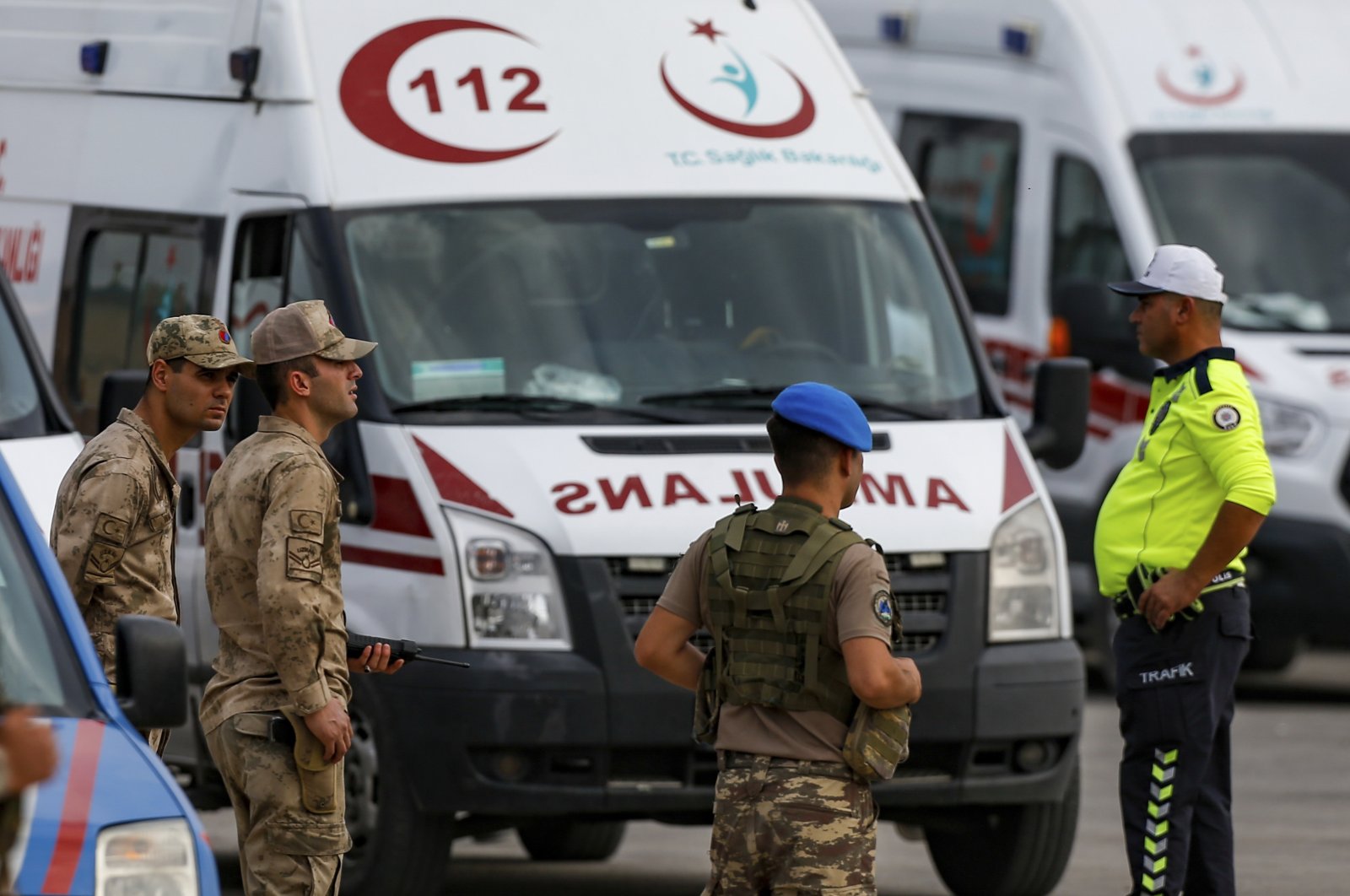 Two Turkish police officers were killed and two others were wounded after the PKK terrorist group's Syrian offshoot carried out an attack in Azaz, northern Syria, the Interior Ministry said Sunday.

The YPG/PKK terrorists attacked an armored vehicle with a guided missile in the Operation Euphrates Shield area, the ministry said.

Initially, one officer died immediately after the attack and three others were wounded, but another officer succumbed to his wounds later on.

Turkey has been carrying out operations against terrorist groups in northern Iraq and Syria, particularly the YPG/PKK.