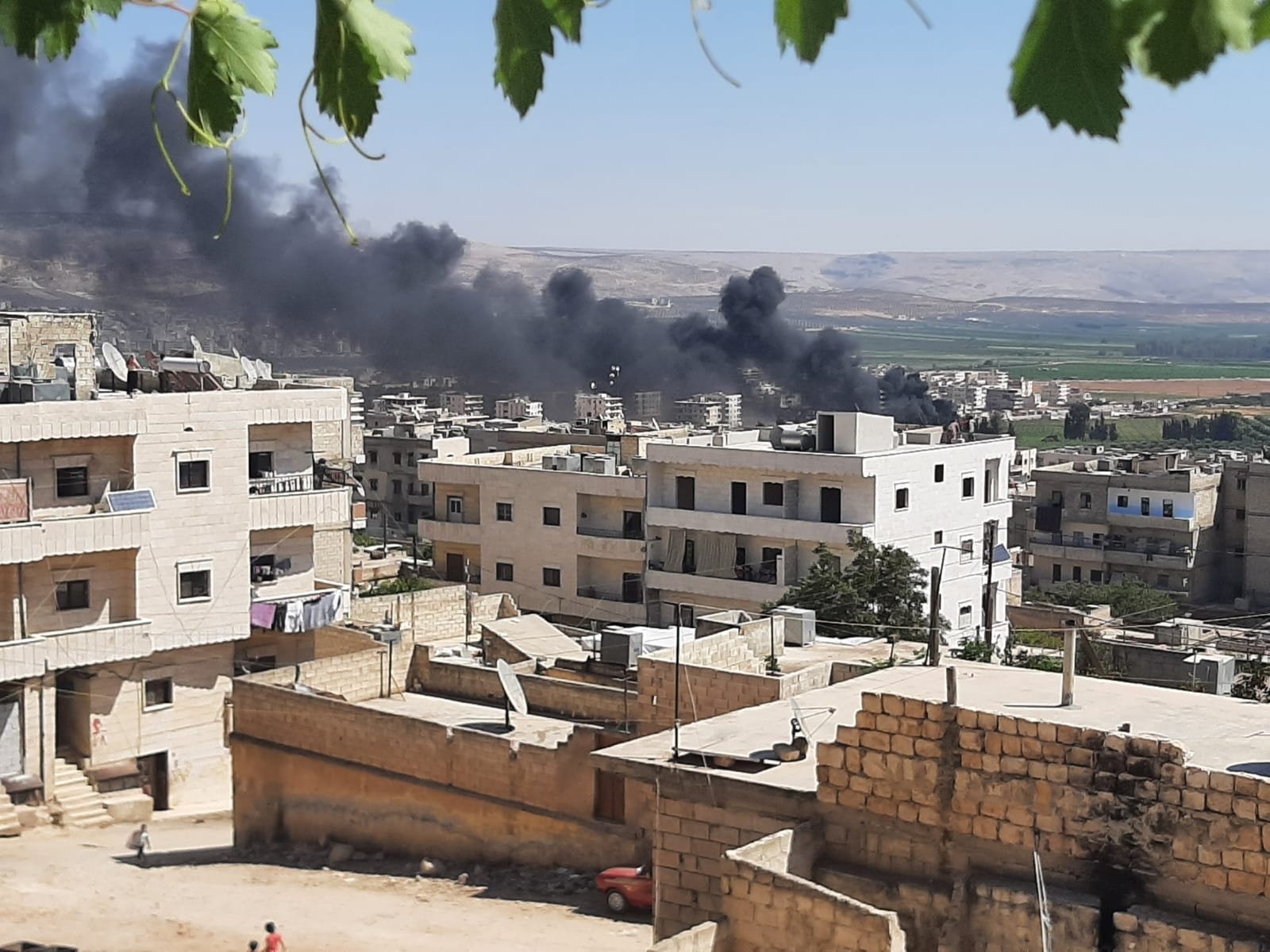 It was indicated that a petrol station was targeted, causing a large fire and a plume of smoke.

Later in the day, Turkey's southeastern border province Hatay's governorate said that the attacks by YPG/PKK were carried out from Tal Rifaat, in northwestern Syria, and killed three civilians, including a child, and injured four others.

According to the statement, the terror group conducted a total of 13 missile attacks.

Reports coming in of YPG terrorists attacking Afrin city center today targeting civilian areas and Al Manar hospital. No details on inured or dead as of yet. Attacks are ongoing. pic.twitter.com/VDO9m7dVGg

In its more than 40-year terror campaign against Turkey, the PKK – listed as a terror organization by Turkey, the United States and the European Union – has been responsible for the deaths of nearly 40,000 people, including women, children and infants.