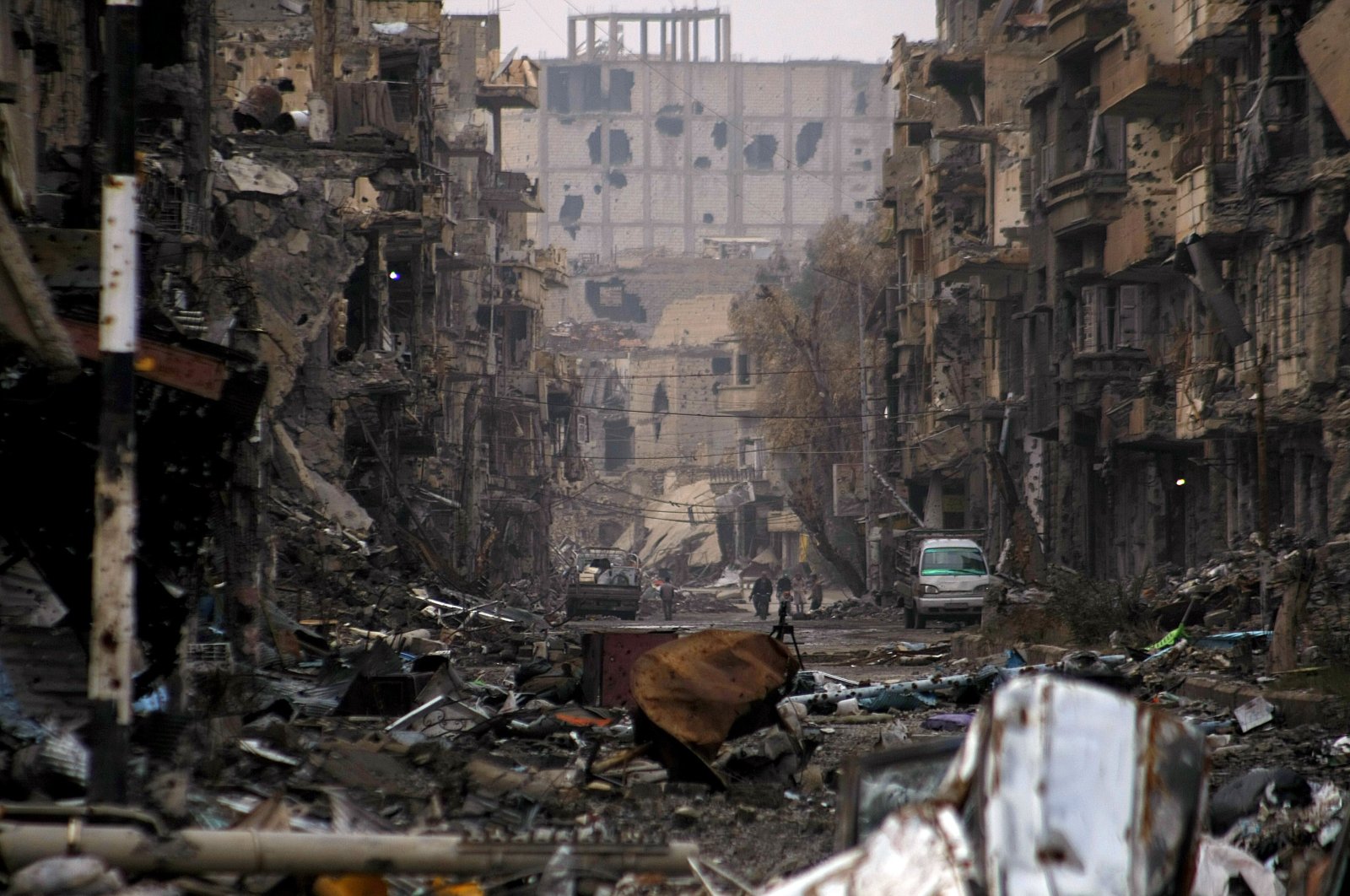 The YPG/PKK terror group has blockaded all entry and exit points from several villages in Syria’s Deir el-Zour and is seizing the assets of Syrians forcibly displaced from the regions it occupies in northern Syria, according to reports on the ground.

According to local sources, the terrorists have blockaded the villages of al-Havayij, Shuhayl and Zayban after residents launched protests against their administration on Aug. 4.

The YPG/PKK has also closed a mosque in Shuhayl and provided shelter for the terrorists who were transferred from other regions in the mosque.

The terrorists have detained tens of civilians in the past week and have imposed a curfew, local sources said.

The Syrian Network for Human Rights (SNHR) expressed concern about the YPG/PKK’s detentions.

“SNHR fears that they will be subjected to torture & ultimately classified as forcibly disappeared,” the NGO said on its Twitter account.

At least two civilians were killed and five civilians were injured after YPG/PKK terrorists opened fire on a group of Syrians protesting the killing of prominent tribal leaders in Deir el-Zour province last week.

They urged the terrorists to withdraw from the region, according to local sources.

Four YPG/PKK terrorists were also injured in the clashes, the report said.

The Agedat tribe, which spans from Aleppo to the Iraqi border, has condemned the terrorist organization and its decisions in the region while urging the terrorists to retreat from the occupied regions. They also called on the U.S.-led coalition to give back the region that has traditionally belonged to Arabs.

Leading Syrian tribes have rejected a mediation proposal by the U.S.-led coalition forces, who held a meeting on Aug. 7.

Meanwhile, the terrorists in northern Syria have said that all of the movable and immovable properties belonging to Syrians forced to leave the region due to the terror group's oppression and who lack first-degree or second-degree relatives in Syria will come under its control, according to a written statement by the so-called assembly of the terrorists.

Through this illegal confiscation, the terror group aims to boost its sources of revenue.

Additionally, a so-called brigade commander of the YPG/PKK, Shaban Muhammed Zayed, was assassinated by two armed men in Deir el-Zour. Zayed was accused of sexually assaulting the daughters and wives of families he accused of being Daesh members.

The YPG/PKK has been trying to change the demographic makeup in northern Syria by forcing local Turkmens, Syriacs, Yazidis and Arabs living there to leave their homes and migrate elsewhere, in a country where hundreds of thousands have already been displaced.

Local people living in areas held by the YPG/PKK have long been suffering from its atrocities, as the terrorist organization has a notorious record of human rights abuses, ranging from kidnappings, the recruitment of child soldiers, torture, ethnic cleansing and forced displacement in Syria.

The YPG/PKK has forced young people from areas under its control to join its forces within the so-called "compulsory conscription in the duty of a self-defense law" since 2017. Under this practice, young people between the ages of 18 to 30 are forcefully recruited for nine months, with the possibility of an extension, if necessary. Those who refuse to join the YPG/PKK "face serious repercussions," including imprisonment.