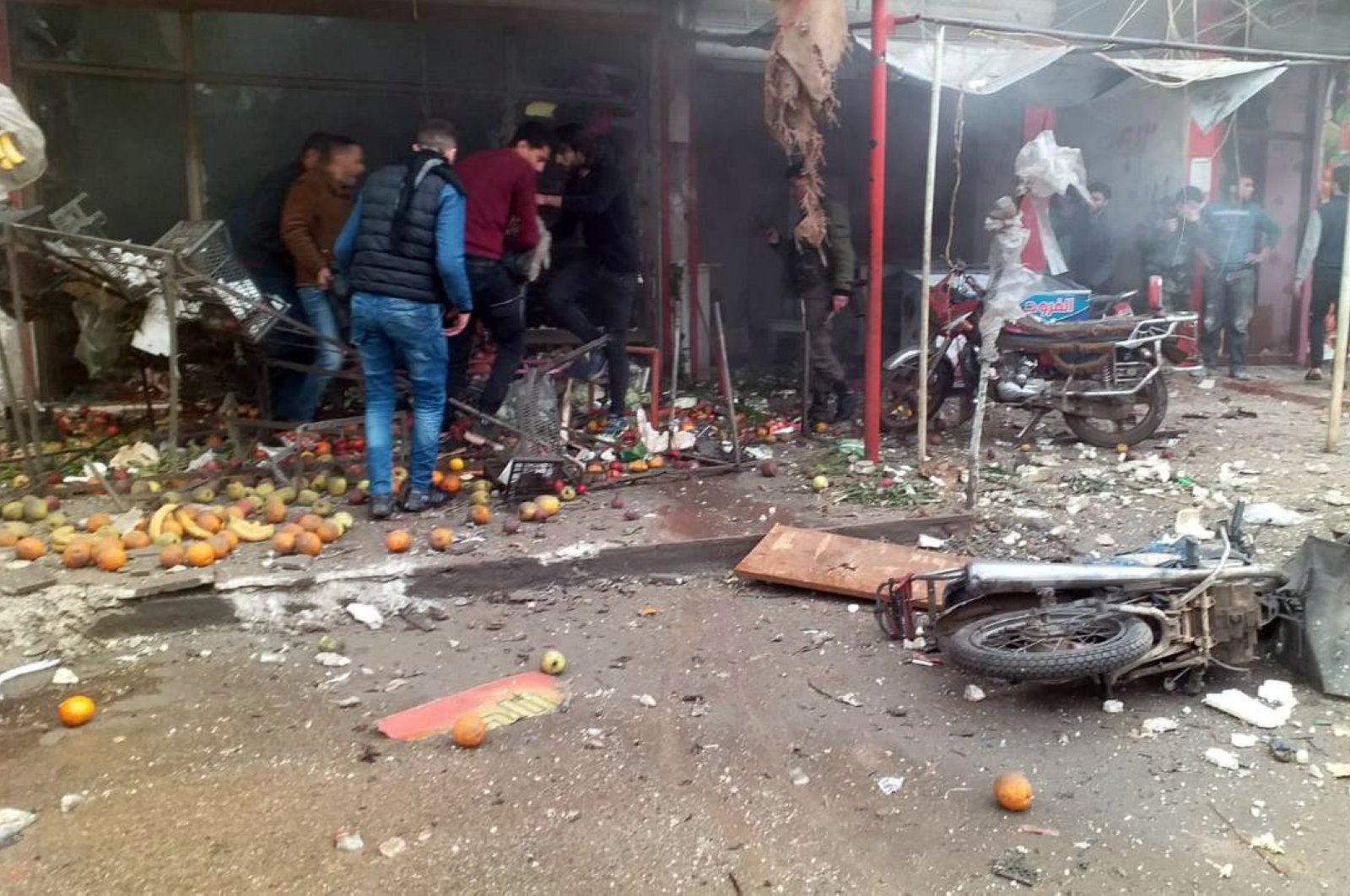 The PKK/YPG terrorist group has carried out a rocket attack in Syria’s northwestern Tal Rifaat region, local sources said Sunday. The rockets targeted residential areas west of Azaz, Ihlas News Agency (IHA) quoted security forces as saying. No information has been given on the casualties that resulted.

The terrorists appear to have remained in the region, which has a close proximity to what Turkish Armed Forces consider a threat to civilians, as well as troops tasked with trying to mitigate the cost of the humanitarian crisis that has resulted from the Syrian civil war, despite Russia’s vows to clear the area of terrorists.
The group occasionally conducts attacks on civilians from Tal Rifaat, despite a deal having been signed between Russia and Turkey on Oct. 22, 2019, envisaging that the YPG/PKK would be driven off.

The YPG, a terrorist group that represents the PKK's Syrian wing, has occupied Tal Rifaat for three years. The YPG occupied Tal Rifaat in 2016 in hopes of linking Afrin, a city in northwestern Syria, to areas under its control east of the Euphrates River, thus establishing a zone of influence along Syria's border with Turkey.

However, the Syrian district of al-Bab, which is located between Tal Rifaat and Manbij, falls within the territory designated as part of Turkey's Euphrates Shield, a cross-border operation launched in August 2016, thus disrupting the YPG's sought-after territorial link.

In January 2018, the Turkish military and Free Syrian Army (FSA) elements launched Operation Olive Branch to clear Afrin district of terrorist groups, liberating the town center in March. Some 250,000 refugees from Tal Rifaat and its outskirts have taken up temporary residence in the opposition-held city of Azaz, located adjacent to the Euphrates Shield zone.