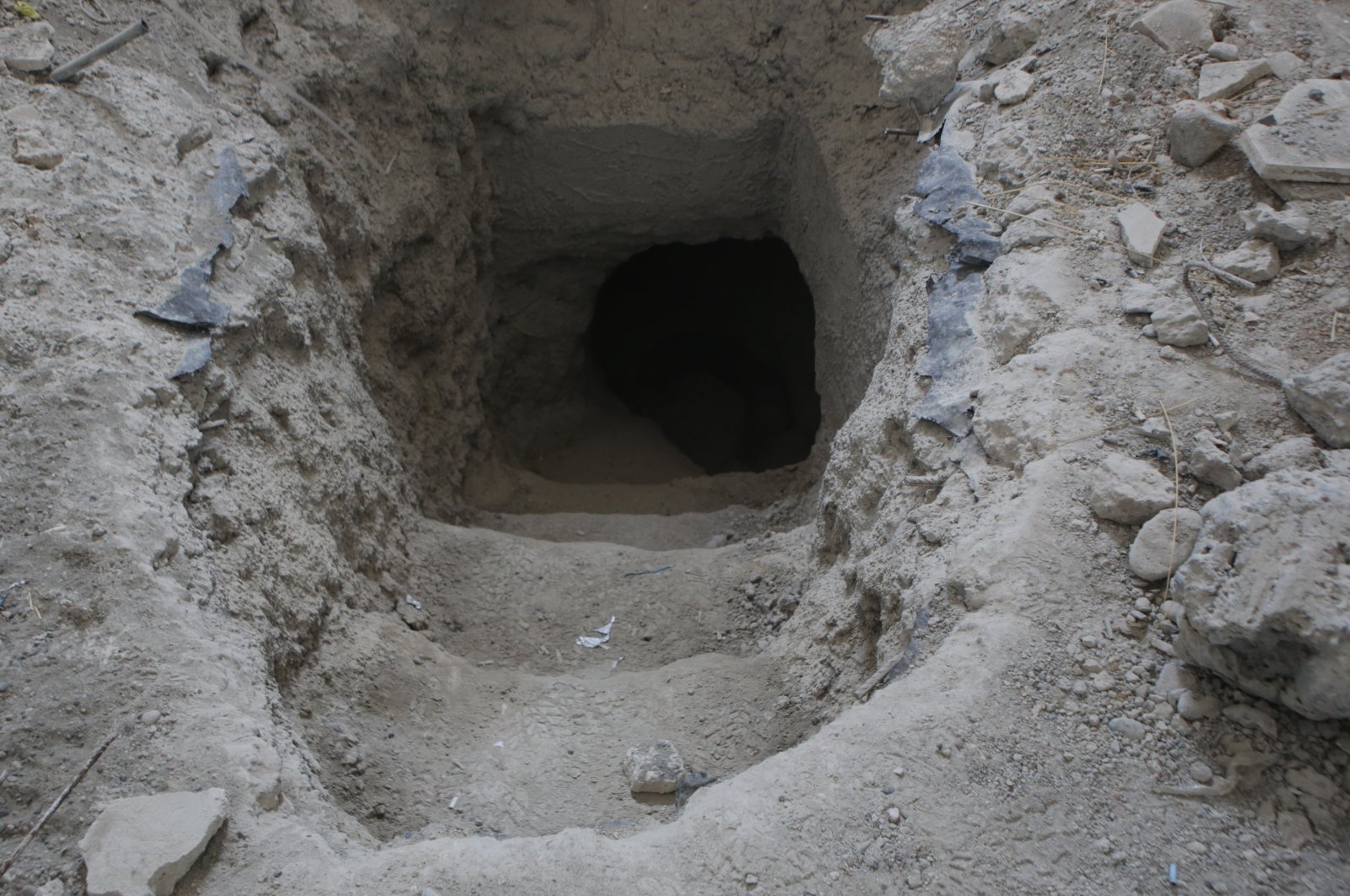 An undated photo shows the YPG/PKK tunnel on the Turkish-Syrian border. (AA File Photo)
by DAILY SABAH WITH AA
Jun 01, 2021 9:09 am

The PKK/YPG terrorists have been digging more tunnels near the Turkey-Syria border, according to sources.

According to field correspondents, the PKK/YPG dig tunnels, a tactic it copied from the Daesh terror group, to infiltrate Turkey and launch terrorist attacks.

Entrances to the tunnel network are located only 2 kilometers (around 1.25 miles) from the border.

Construction of the tunnel network has caused significant damage to the region's infrastructure, the sources noted.