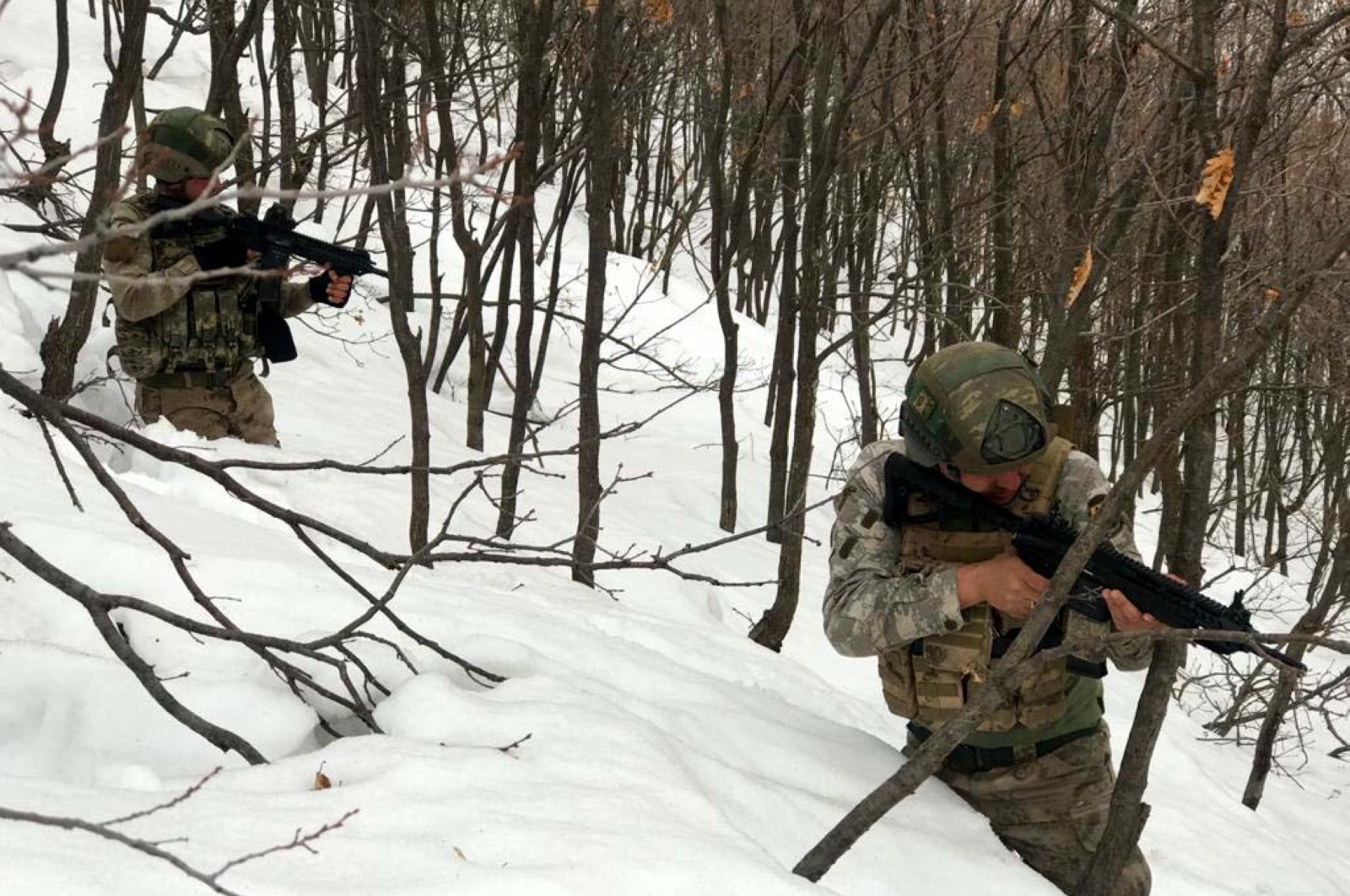 Gendarmerie forces in eastern Turkey's Bitlis province give no respite to PKK terrorists as they carry out operations, April 21, 2020 (AA Photo)
by DAILY SABAH WITH AA Apr 27, 2020 4:42 pm
Edited By Dilara Aslan

A Turkish village guard was badly injured when a roadside bomb planted by YPG/PKK terrorists in the country's southeast detonated, according to a security source on Monday.

The improvised explosive device planted near the village of Görmeç in the Şırnak province detonated when Selahattin Yildirim, the 33-year-old village guard, was passing by in his vehicle, said the source on condition of anonymity due to restrictions on speaking to the media.

Surviving the blast with severe injuries, Yildirim was taken to a state hospital in the province via military helicopter, the source added.

An operation has been launched to capture terrorists in the region. Turkish security forces regularly conduct counterterrorism operations in the eastern and southeastern provinces of Turkey where the PKK has attempted to establish a strong presence. The Turkish Armed Forces (TSK) also carry out cross-border operations in northern Iraq, a region where the PKK have hideouts and bases from which they carry out attacks on Turkey. The TSK target high-level terrorists there.