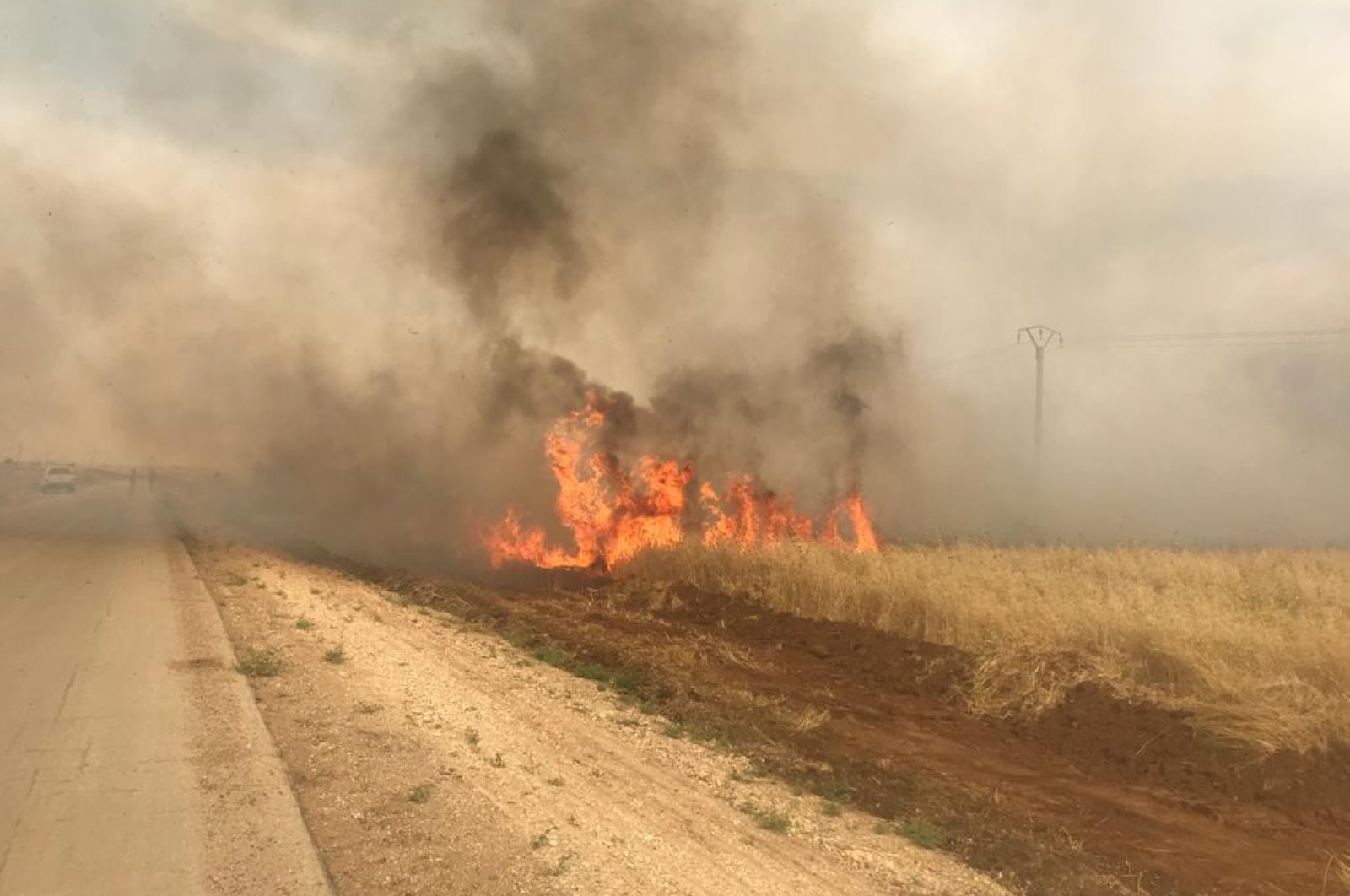 An agricultural field burned by the YPG terrorists in Operation Peace Spring area in northern Syria, May 26, 2020. (AA)
by Daily Sabah with DHA Jun 02, 2020 3:33 pm
RECOMMENDED

The brutalities of the YPG/PKK continue to terrorize northern Syria as the terrorist group started to set fire to agricultural fields where the locals get their food.

According to the security forces, the terrorist group aims to damage the peaceful environment in northern Syria's liberated provinces by burning the main sources of food in the region – the agricultural fields. The group even goes as far as to pay its sympathizers in the region to set the fields on fire. When the local farmers try to protect their fields, however, the terrorists take a step further and open fire at them.

The last similar incident took place on May 26 when the terrorist group burned the fields in the eastern regions of the Operation Peace Spring zone. It is reported that when the local farmers and security forces reached the region to intervene, the terrorists opened fire at them and there have been explosions in the burned plantation. As a result of the attack, two Syrian National Army (SNA) officers and a villager were injured, the security forces reported.

After the fire was brought under control, the security forces looked for improvised explosive devices planted in the region and defused them.

Meanwhile, it is also reported that the YPG/PKK slandered the SNA by accusing the army of setting the fields in Tal Tamir region on fire. The villagers in the region also reportedly confirmed that the terrorist group tries to blame SNA for its own crimes and create disagreements between the locals and the army.

Locals in YPG-controlled areas have long suffered from YPG atrocities since the terrorist organization has a lengthy record of human rights abuses, ranging from kidnappings of suspected persons, recruiting child soldiers, torture, ethnic cleansing and forced displacement in Syria. Now, even after many northern Syrian areas have been cleared from the terrorists through Turkish military operations, the YPG/PKK aims to infiltrate into the liberated areas and to disrupt peace.

Today, YPG/PKK, which continues to occupy the Tel Rifat and Manbij regions of northern Syria, often plans and carries out attacks targeting the provinces like al-Bab, Azaz, Jarablus and Afrin.

Turkey has launched four successful anti-terror operations – Euphrates Shield in 2016, Olive Branch in 2018, Peace Spring in 2019 and Spring Shield this year – across its border in northern Syria to prevent the formation of a terror corridor and enable peaceful resettlement by locals.