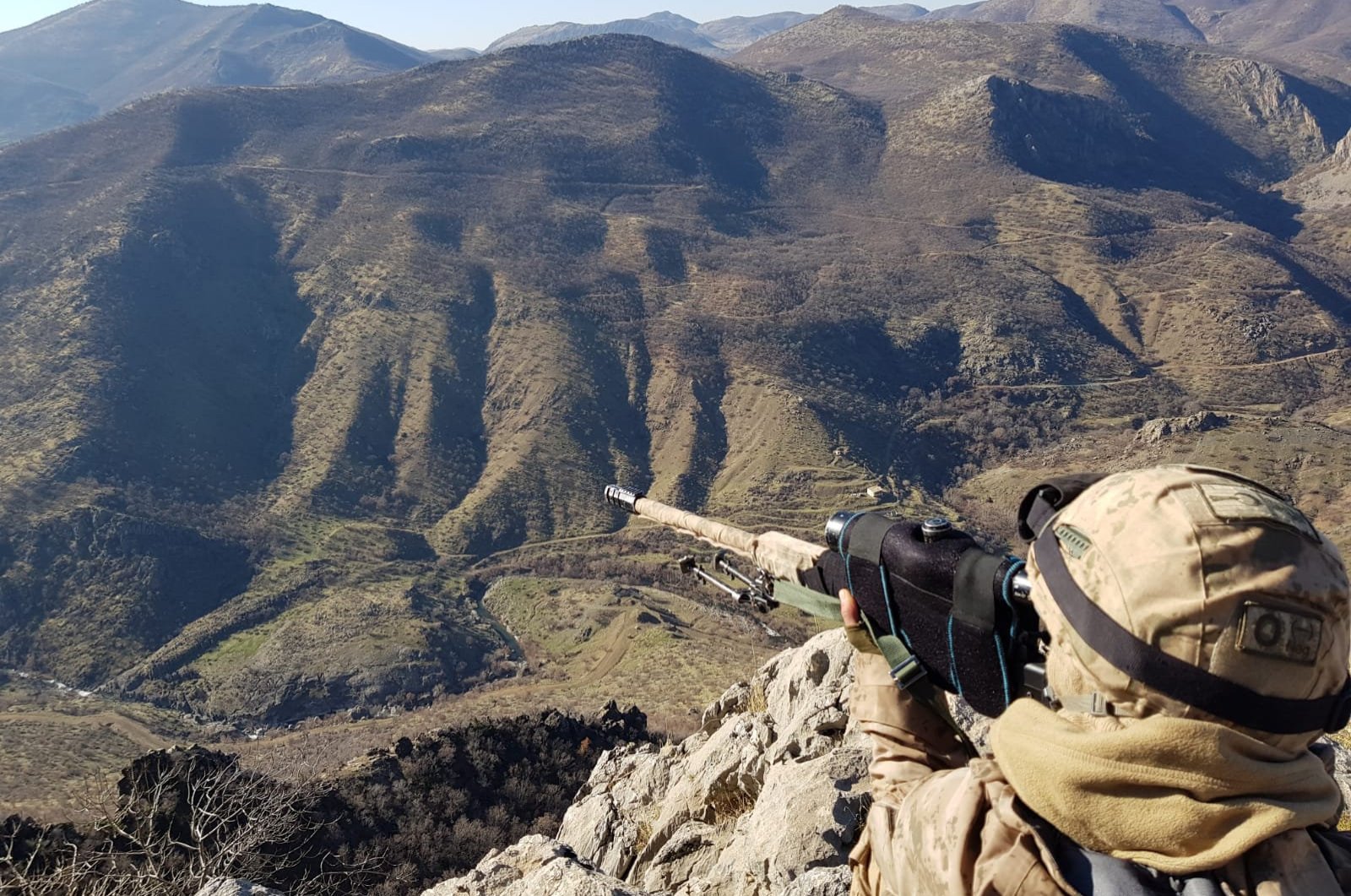 The terrorist was killed in an airbacked anti-terror operation near Çobansuyu village in Bitlis, Anadolu Agency reported, adding that security forces conducted a coronavirus test for the terrorists as a precaution.

A family was quarantined after security forces found out that they had been in contact with the terrorist.

The virus is thought to have spread among the terror group via its members coming from Iran.

Local officials in Bitlis said in a statement that the operation also uncovered weapons and ammunition used by the terror group, including bombs and hand grenades.

In a statement, the governor's office said: "The legal process regarding the issue started; the identification process of the terrorists is ongoing."

Turkish authorities often use the term "neutralized" to imply the terrorists in question surrendered or were killed or captured.

In its more than 30-year terror campaign against Turkey, the PKK, listed as a terrorist organization by Turkey, the U.S. and the European Union, has been responsible for the deaths of 40,000 people, including women, children and infants.

The terrorist group has been forcing members showing symptoms of the coronavirus to become suicide bombers or leaving them to die, according to security forces.

The new coronavirus was detected in the terrorist group’s camps in Iran, Iraq and Syria, sources told Milliyet daily, adding that the unhygienic conditions in their camps led to the quick spread of the virus.