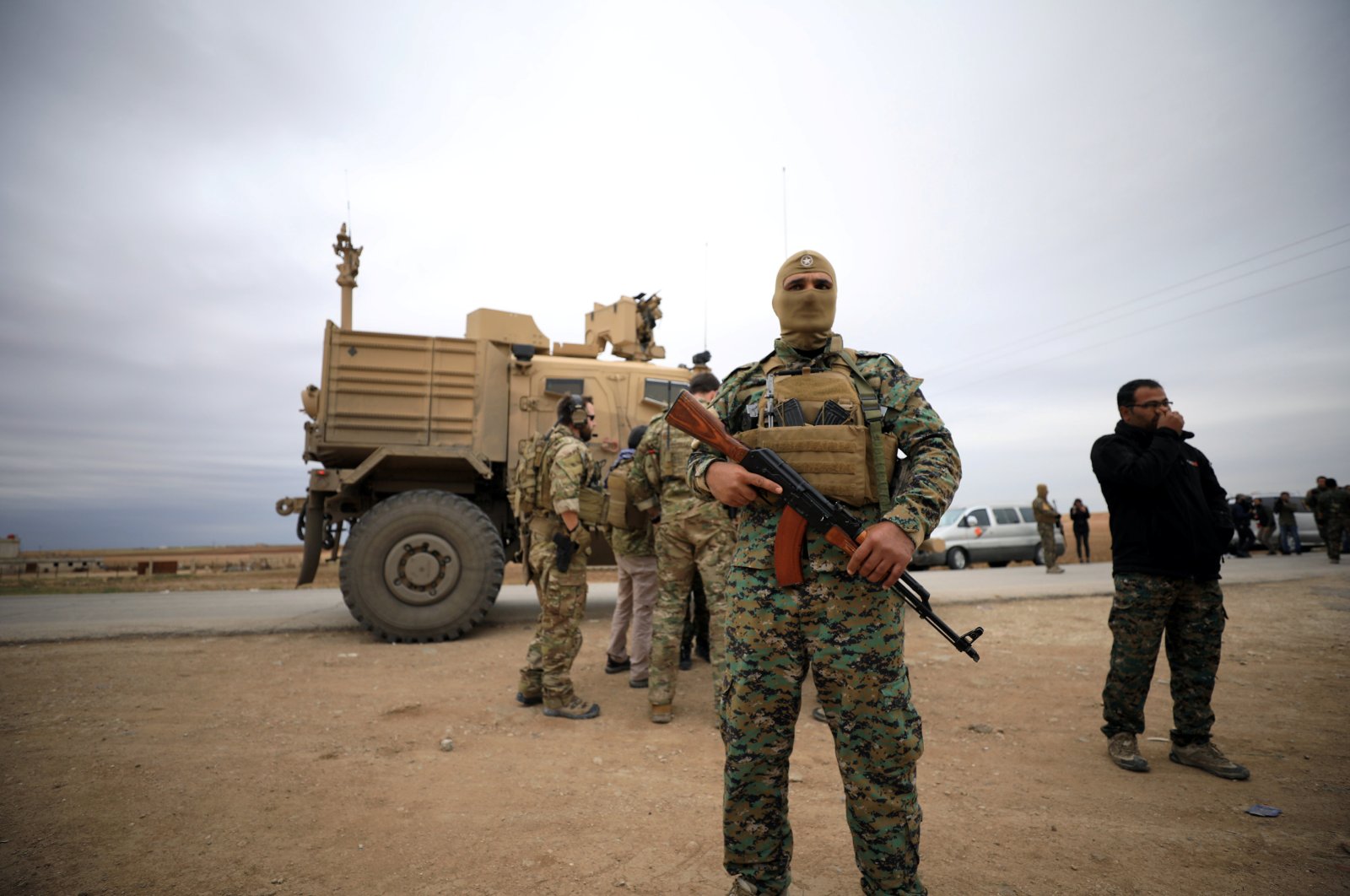 YPG/PKK falsely claim that Turkey tries to spread coronavirus by cutting the water supply in northern Syria, when in reality Turkey repaired the water station damaged by the terrorists

YPG/PKK terrorists continue spreading propaganda against the Turkish military, by claiming that it tries to heighten the spread of the coronavirus in northern Syria, even though Turkey has taken numerous steps to prevent the pandemic and help civilians stuck in the area.

The terrorists are making false claims that Turkey cut the water supply of Al-Hasakah province to abet the spread of the coronavirus in the region, security sources said, asking not to be named due to fear of reprisals.

The terror group aims to incite hostility against Turkey, the security sources added.

They went on to say that Turkey repaired the Allouk water station in the region which was made unusable by the YPG/PKK, but it is out of service as the Bashar Assad regime did not provide enough electricity.

During talks between Russia and Turkey, it was agreed that the water supply would be ensured in the Al-Hasakah region as well as in rural areas of the Operation Peace Spring zone.

Since the regime does not provide sufficient electricity from the Tishreen and Tabqa dams to the Mabruka Power Plant, a power distribution center in the region, electricity is often cut off in the region.

The sources stressed that the regime should repair power transformers and lines to ensure a smooth supply of water in Al-Hasakah and its rural areas.

They should supply daily at least 70 megawatts of uninterrupted power to the Operation Peace Spring zone, but they only supply 10 megawatts which is not enough to meet the needs of the region, the sources went on to say.

Due to the inadequacy of the generators in the water facilities and the difficulties in obtaining the diesel required for the operation of the generators, water could not be supplied to the Peace Spring region for a while. That led the people in the region to use water from a well.

According to local sources, the outbreak has been out of control in areas occupied by the YPG/PKK in Syria. Local people cannot find any medicine or treatment. If the members of the terror group find an opportunity, they try to escape to Turkey.

Also, the terrorist organization puts pressure on the regime elements at the Tishreen and Tabqa dams to supply insufficient electricity to the Pinar region, local sources said.

The YPG/PKK has carried out ethnic cleansing in areas it captured since 2012 through forced displacement and arbitrary practices.

Some 3,100 people have been languishing in detention centers of the terrorist group located in areas that fall within its control in northern Syria, according to the Syrian Network for Human Rights (SNHR).

Turkey is involved in war-torn Syria to protect civilians and eliminate terrorists and facilitate the return of hundreds of thousands of displaced civilians to their homes.

Schools have been renovated and a hospital is also being built in Azaz. Turkey also helps locals build olive oil facilities in the area, where agriculture is the main source of income for residents.

The YPG, which is backed by the United States under the pretext of the fight against Daesh, previously received numerous condemnations by international human rights bodies, including Human Rights Watch (HRW), Amnesty International and the United Nations, for its violations of human rights, including arbitrary arrests, forced recruitment of child soldiers and the forceful relocation of local people.

In August, HRW said the YPG was recruiting children from displacement camps in the country's northeast in violation of international law. Last year, the U.N. found 224 cases of child recruitment by the YPG and its female forces, nearly five times the number in 2016. It said the YPG had forcibly abducted the children in at least three cases.

Over the course of its more than 30-year terror campaign against Turkey, the PKK listed as a terrorist organization by Turkey, the U.S. and European Union has been responsible for the deaths of 40,000 people, including women, children and infants. The YPG is the PKK’s Syrian offshoot.