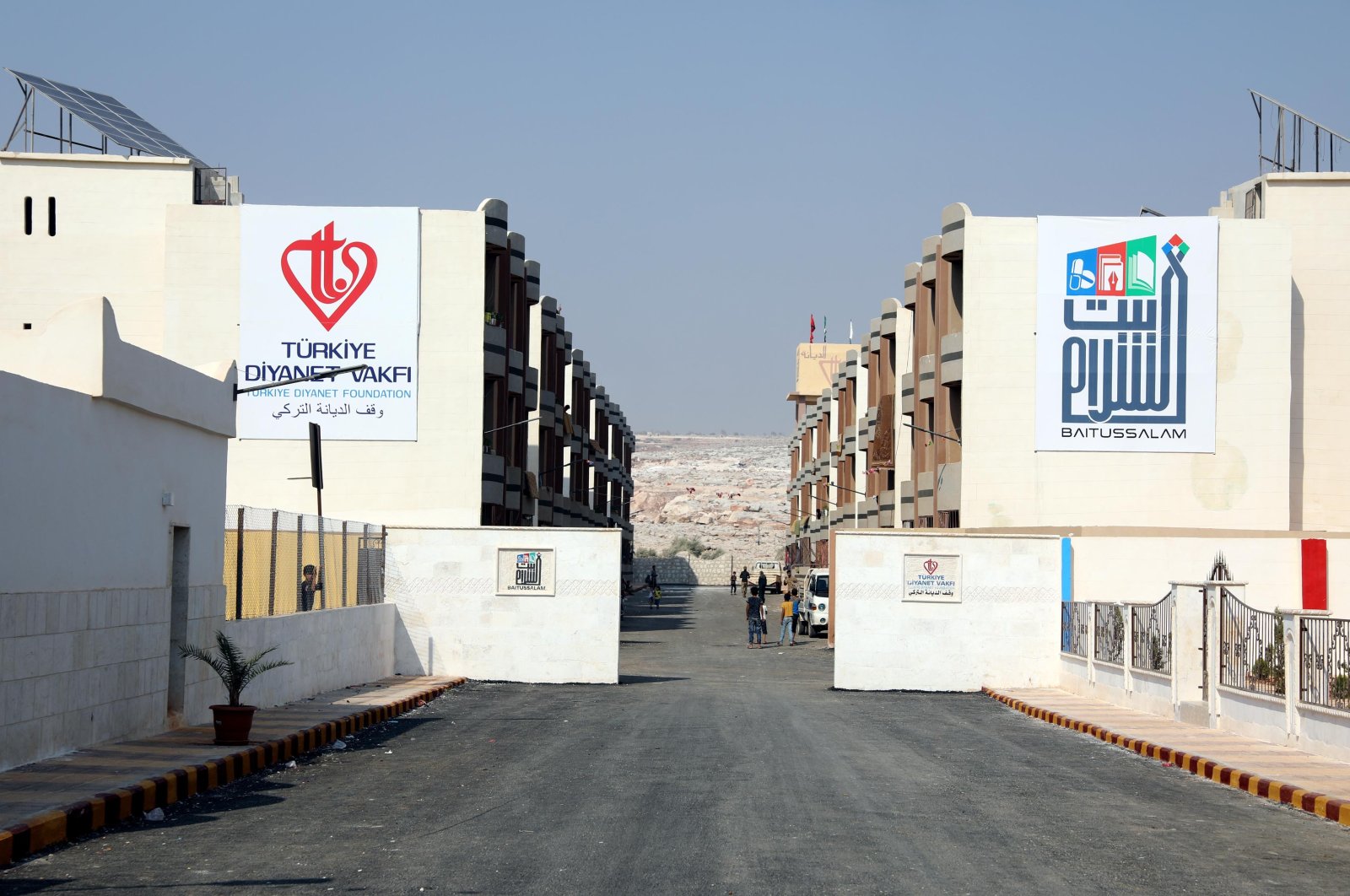 The victims of civil war living in Syria’s contested Idlib province have started to move to their new homes constructed by Turkey’s Diyanet Foundation and Baitussalam Welfare Trust of Pakistan, the Demirören News Agency (DHA) reported on Sunday.

According to the report, 108 disadvantaged families have moved to their new homes so far.

Due to the Bashar Assad regime's latest attacks on the region, 780,000 Syrians remain displaced.

Although the region has been relatively peaceful in accordance with a March 2020 deal between Turkey and Russia, which allowed for 204,000 displaced people to return to the province, there are still occasional attacks recorded by both the Syrian regime and its main backers Russia and Iran.

For years, the Turkish government, its institutions and nongovernmental organizations (NGOs) active in Turkey have been trying to facilitate life for Idlib civilians.

The permanent housing project, which has so far seen 108 families taking shelter, was spearheaded by the Turkish Diyanet Foundation and was been completed in 300 days.

The housing project was carried out in the Deir Hassan area of Sarmada town, which lies in the south of Idlib.

As the project carried on, 12 blocks containing 108 flats have been completed. The housing project prioritized the widows, who lost their husbands to the civil war, and their children. Some 85 of the flats were spared for them with the remaining 23 flats now occupied by other disadvantaged families from the refugee camps in the area.

'I am grateful to Turkey'

Fatima al-Ahmad thanked Turkey for giving her and her three children a new home.

“My husband was martyred in a gunfight with the Assad regime forces in Aleppo region six years ago. After that, I came to the refugee camp with my children. We have been living in tents for years,” she said.

“I am only laughing now as I have found the opportunity to live in a home after six years. I am grateful to Turkey,” she said.

Ibrahim Ummadi, another refugee who recently moved to his new flat, also said he is grateful to live in a house with his children after living in the camp for so long.

Ummadi, who lost his legs after an explosion in Hama province, said that life in the refugee camp is harsh.

Hassan Moussa, the manager of the new residential complex named Beit Salam, told DHA that 108 families regularly receive food aid from the administration, and the housing project also includes a school, a mosque, a cultural center and a gym.