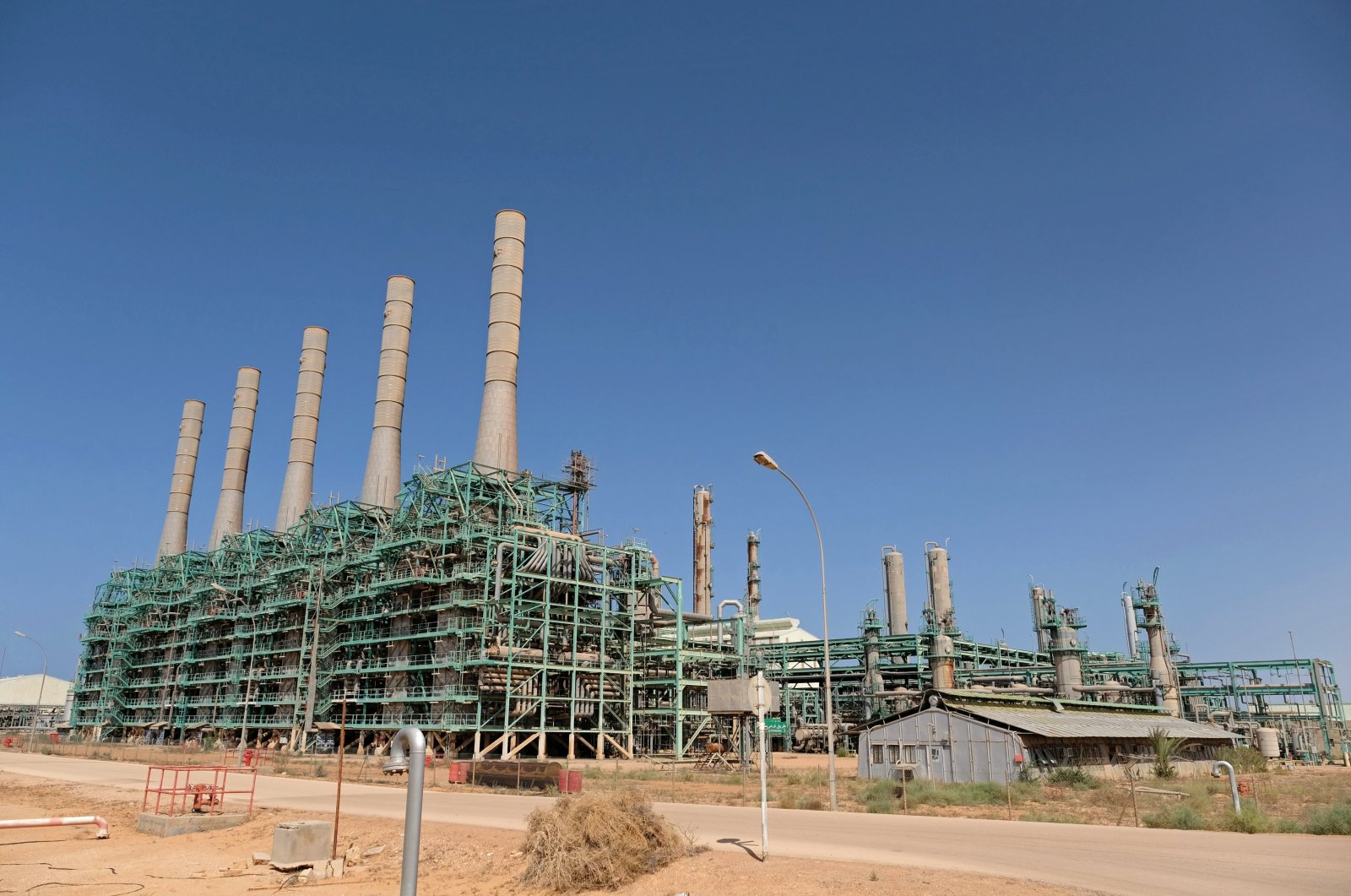 The U.S. has announced that Khalifa Haftar, the putschist general fighting the U.S.-recognized Government of National Accord, has agreed to lift the blockade on oil controlled by his forces

The U.S. Embassy in Libya has said that putschist Gen. Khalifa Haftar has agreed to reopen key oil fields and terminals no later than Saturday, a move that could edge talks between the country's warring sides closer to a political settlement to the yearslong conflict.

Powerful tribes in eastern Libya loyal to Haftar have kept export terminals closed and choked off major pipelines since the start of the year in a move aimed at putting pressure on their rivals in the U.N.-supported Government of National Accord (GNA), based in the capital Tripoli.

Oil-rich Libya was plunged into chaos when a NATO-backed uprising in 2011 toppled longtime dictator Moammar Gadhafi, who was later killed. The county has since split between rival east and western-based administrations, each backed by armed groups and foreign governments.

The U.S. Embassy statement said Haftar’s militants conveyed to the U.S. government their personal commitment “to allow for the full reopening of the energy sector no later than Sept. 12."

By Saturday evening, it was not immediately clear whether the blockade had been lifted. There was no immediate comment from the Haftar forces, and his spokesperson did not immediately answer phone calls seeking comment.

The U.S. Embassy said it was encouraged by “an apparent sovereign Libyan agreement” to enable Libya’s National Oil Corp. to resume its “vital and apolitical work.”

The U.S. supports "a financial model that would constitute a credible guarantee that oil and gas revenues would be managed transparently and preserved for the benefit of the Libyan people,” the embassy said, adding: “Credible safeguards will enable all Libyans to have confidence that revenues are not misappropriated.” It did not elaborate.

Haftar in July called for oil revenues to flow into a bank account in a foreign country with a “clear mechanism” to distribute funds fairly among Libya’s regions.

The embassy said it welcomed “what appears to be a Libyan consensus that it is time to reopen the energy sector.” The statement said Libyans were suffering an acute electricity crisis, rooted in the forced shutdown of oil and gas production.

Libya has the largest oil reserves in Africa and the ninth-biggest known reserves in the world.

The U.S. statement came two days after delegates from Libya's rival camps, under heavy international pressure, came to a preliminary political agreement. It aims to guide the country toward elections and demilitarize the contested city of Sirte, the gateway to Libya’s major oil fields and export terminals, which is controlled by Haftar. It also came amid protests over dire living conditions across the divided country.

The eight-month oil blockade has deprived the Tripoli-based oil company of nearly $10 billion in revenue and put the U.N.-supported government under enormous financial strain.

Haftar’s forces launched an offensive in April last year to try to capture Tripoli. But the offensive quickly stalled, and in recent weeks his forces have fallen back as the Tripoli-allied forces, with Turkish support, gained the upper hand.

Fighting has mostly died down in recent weeks, but both sides were preparing for a possible battle over Sirte. Egypt, which backs Haftar, has threatened to send troops into Libya if Turkey-backed forces attacked the strategic city.

Libya’s warring sides have also signed an agreement regarding the appointments to be made in high ranks of the Libyan government.

Within the scope of the agreement, a manager for the Libyan central bank, an attorney general, chiefs for the Audit Bureau, Administrative Control Authority, anti-corruption office, high court of justice and supreme election board and its members will be appointed.

The agreement took place in Morocco, which hosted consultations between Libya’s warring rivals to discuss ways of ending the country’s 10-year conflict.

The agreement is also expected to be signed by Khalid al-Mishri, the head of Libya's High Council of State, and Aguila Saleh, speaker of the Tobruk-based parliament which is the political ally of warlord Haftar.

Moroccan media also reported that a meeting between the rivals may be held in Rabat next week. There was no comment from Moroccan authorities on the reported meeting.

A spokesperson for the Tobruk parliament said Thursday that the planned meeting in Rabat aimed at resuming talks between the Libyan rivals to reach a political settlement in the country.

In July, al-Mishri and Saleh visited Rabat for separate talks with Moroccan officials.

Diplomatic efforts have been underway in recent weeks to reach a solution to the Libyan conflict following victories made by the Libyan Army against militias of warlord Khalifa Haftar.