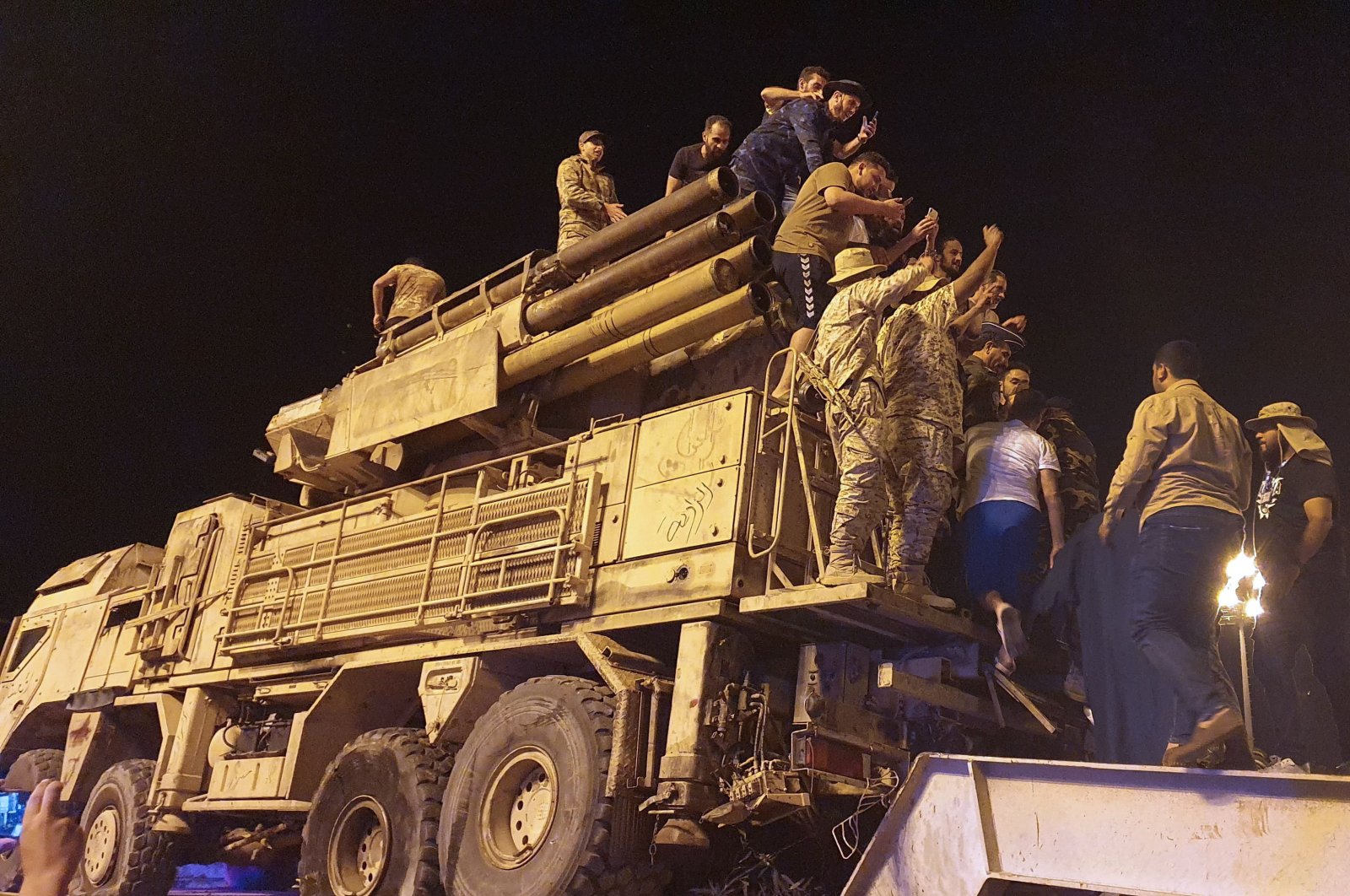 Forces loyal to Libya's U.N.-recognised Government of National Accord (GNA) parade a Pantsir air defense system truck in the capital Tripoli on May 20, 2020, after its capture at al-Watiya airbase (Okba Ibn Nafa airbase) from forces loyal to Libya's eastern-based strongman Khalifa Haftar. (AFP Photo)
by Anadolu Agency May 27, 2020 5:36 pm
RECOMMENDED

The German government has long criticized other countries for violating the U.N. arms embargo, repeatedly called for an end to foreign influence in Libya and championed European Union's Operation Irini, a controversial naval mission that had no effect on arms shipments to warlord Haftar.

German Foreign Ministry spokeswoman Maria Adebahr told a news conference on Wednesday that the ministry was examining press reports on German-made military trucks in Libya, but gave no further details.

The weekly reported that the authorities believe Pantsir-S1 missile systems and the MAN-SX 45 military trucks were supplied to Haftar forces by the United Arab Emirates (UAE).

The military trucks were produced by a joint venture of MAN and German defense giant Rheinmetall.

Libya's internationally recognized government, also known as the Government of National Accord, has been under attack by Haftar's forces since April 2019.

Haftar's illegal forces have launched several attacks to capture Tripoli, with more than 1,000 killed in the violence.

The government launched Operation Peace Storm on March 26 to counter attacks on the capital and regained al-Watiya air base and strategically important towns in the region.

Libya has been torn by civil war since the ouster of late ruler Moammar Gadhafi in 2011. Libya's new government was founded in 2015 under a U.N.-led agreement, but efforts for a long-term political settlement failed due to a military offensive by Haftar's forces to capture the capital.

The Libyan warlord had received military and political support from France, Russia, the UAE, and Egypt.