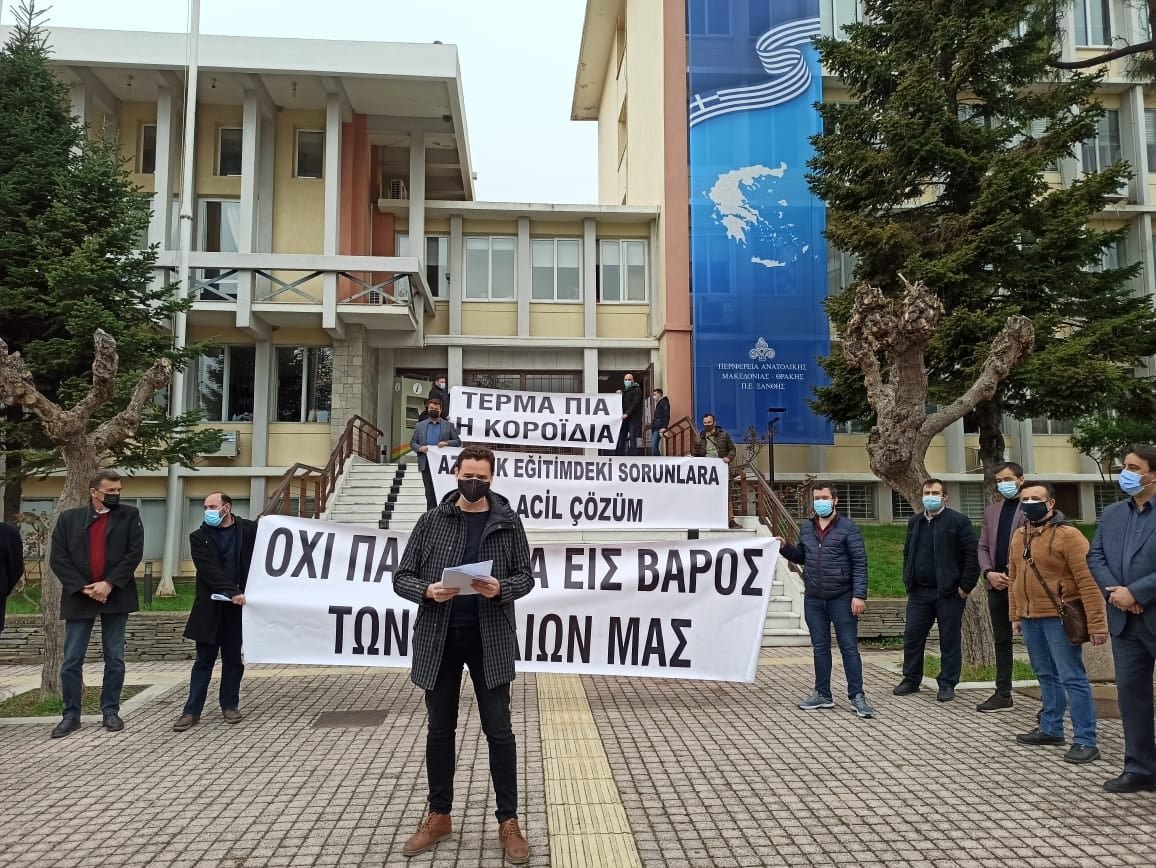 The Turkish minority living in Western Thrace held demonstrations to protest the Greek government’s delay of elections to choose community boards in minority schools in Komotini (Gümülcine) and Xanthi (Iskeçe).

They protested the Greek education and religious affairs ministry’s decision to delay the elections, which were scheduled to take place on Dec. 22, 2020, but have been postponed seven times since then due to the COVID-19 pandemic.

Protesters demanded immediate solutions to the problems faced by minorities, as they called on authorities to hold the elections or extend the term of the existing board members until the end of 2021.

The parents and board members also presented a joint declaration to education ministry representatives in both cities, highlighting the necessity to ensure that minority schools are administered in line with the demands and expectations of the community.

The Western Thrace Turkish Minority Solidarity Association released a statement in support of the protests, saying that the Greek government’s attitude against the community was unacceptable.

Today, there are approximately 150,000 people of the Muslim Turkish minority that live in Western Thrace.

The number of minority schools closed by the Greek government since 2011 is over 65.

Greece launched an education drive in 2011 to cut costs and started merging schools with low numbers of students, drastically reducing the number of schools from 1,933 to 877. Only last year alone, some 14 schools attended by Turkish minority students were shut down.