WHO: Turkey serves as beacon for world solidarity amid pandemic 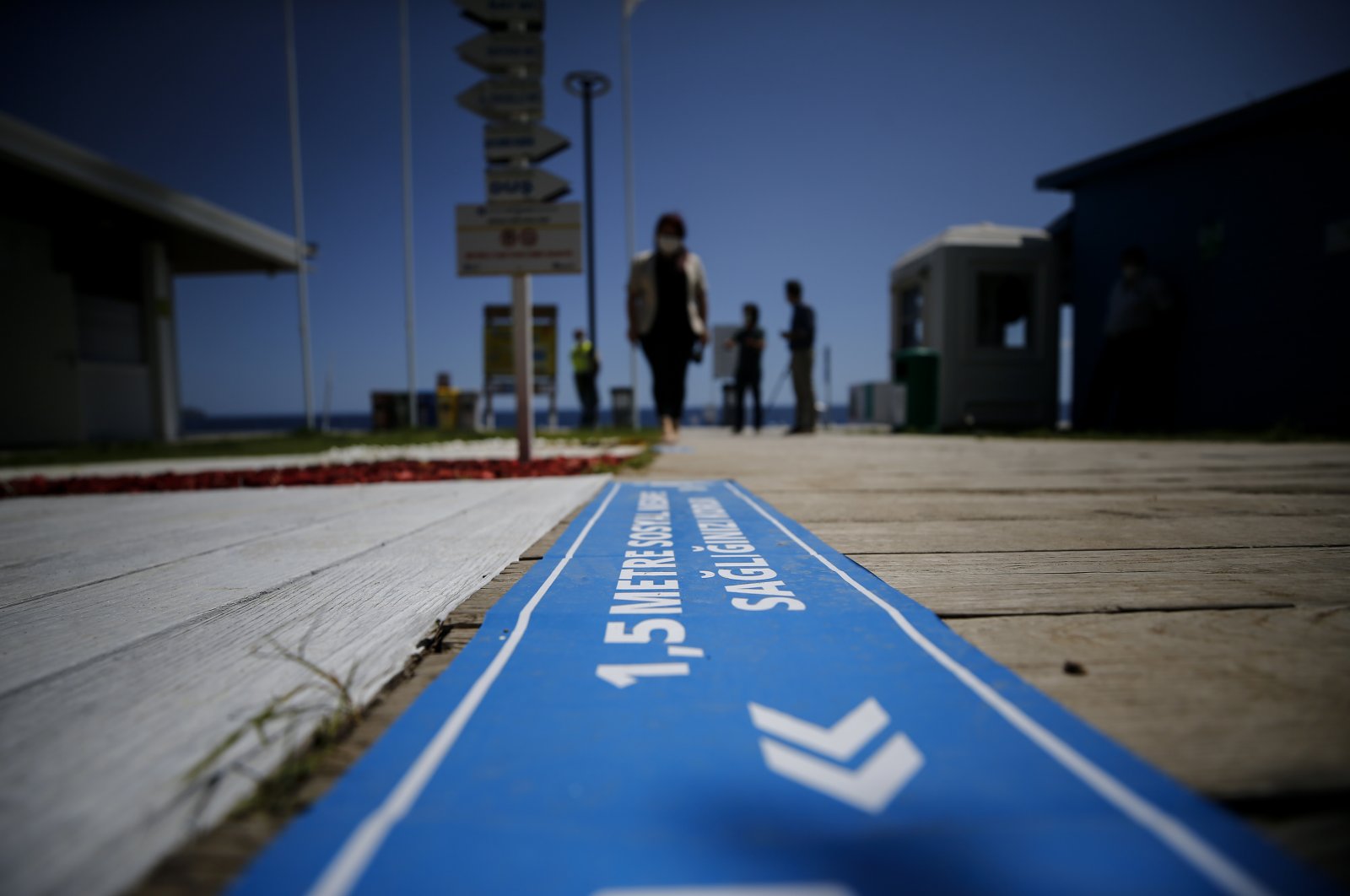 "One and a half meters of social distancing protects your health," reads a sign in Turkey's touristic Antalya province where a number of measures against the coronavirus pandemic were taken with social distancing to be observed even while swimming, May 29, 2020 (AA Photo)
by DAILY SABAH WITH AA May 29, 2020 11:54 am
Edited By Dilara Aslan

As the coronavirus spreads around the world, affecting every aspect of life in the affected countries, Turkey has stood out as a shining example of global solidarity and unity, a health expert said.

Shaikh stressed that Dr. Hans Kluge, the WHO's regional director for Europe, in his last videoconference with Health Minister Fahrettin Koca appreciated and thanked Turkey for being an example of international solidarity and leadership.

“The most important things in this fight are political will and determination. I want to extend my appreciation to President Recep Tayyip Erdoğan for mobilizing the necessary sources and for his leadership in the fight,” Kluge said in April during a videoconference with Minister Koca.

Shaikh further noted that the WHO and Turkey's Ministry of Health have agreed to produce a joint report to document and globally share the key attributes behind the country's successful strategy in fighting the coronavirus pandemic, including the remarkable low levels of mortality among the elderly.

"A multitude of readiness and response interventions collectively seem to have helped Turkey turn the corner as far as the COVID-19 pandemic is concerned," Shaikh said.

"Vigilance and screening at points of entry bought 10-12 weeks of valuable time to have aligned assets and capacities in place to be ready, in addition to the transition of globally accumulating knowledge that elderly people over 65 with comorbidities were at the highest risk," he added.

In January, the Health Ministry installed the first three thermal cameras at Istanbul Airport, the nation's gateway to the world, where millions of travelers are welcomed or transit through to their destinations.

After it was apparent that the virus was en route to becoming a pandemic, the ministry expanded the use of thermal cameras and additional screenings to all border gates, thoroughly inspecting any passengers that had a high fever or a bad cough.

"Turkey was among the first countries in the region to impose restrictions effective Feb. 3 on flights to and from China," he said, "Social distancing measures were also introduced around mid-March with a special emphasis on lockdowns for the elderly right after the first confirmed case of the coronavirus, earlier than many Western countries."

He suggested that the WHO monitors the data shared by Turkey's Health Ministry on a daily basis, and according to the data, Turkey has turned the corner.

"Testing yields are in low single digits, suggesting the country is now primed, with cautious optimism, to start controlled social life in a measured and cascading manner."

After the designation of the coronavirus as a pandemic by the WHO, Turkey stepped up its measures even more by applying curfews on most weekends, closing many public spaces, limiting interprovincial travels, ensuring the availability of medical masks and gloves and strengthening its health sector. While the normalization process has started in Turkey like in many other countries, measures are still in place and significant decisions regarding the pandemic are taken gradually according to the current situation and developments.

According to Shaikh, there are only three possible ways the coronavirus pandemic can be ended or managed.

The second option and most ideal management of the pandemic would be the development of a vaccine and its distribution. "(If) we have an effective and safe vaccine, and we can incrementally cover the globe with vaccine provision, a Herculean logistical task," he explained.

Shaikh said the third possible outcome is dreadful due to tens of thousands of additional deaths and sick individuals worldwide and global efforts are now based on the first and second possible outcomes. "The virus has no more humans left to infect – meaning at least over 70%-80% of the population across the globe is infected (herd immunity), but there is a presumption there that infection once affords effective immunity and that immunity lasts for months and years (e.g. Measles)."

He also underlined that the WHO is coordinating global efforts to fast track the development of vaccines and treatment with researchers across the world.

"As we speak, over 110 vaccines are in development globally and several therapeutics are in clinical trials. The WHO is committed to ensuring that as medicines and vaccines are developed, they are shared equitably across the globe, ensuring no one is left behind, with a special emphasis on the vulnerable, poor, marginalized and disadvantaged."

“So far, more than 190 countries have asked for help, while we have helped at least 90 countries at this point with medical supplies,” Erdoğan pointed out, speaking during the inauguration of Feriha Öz Emergency Hospital Friday.