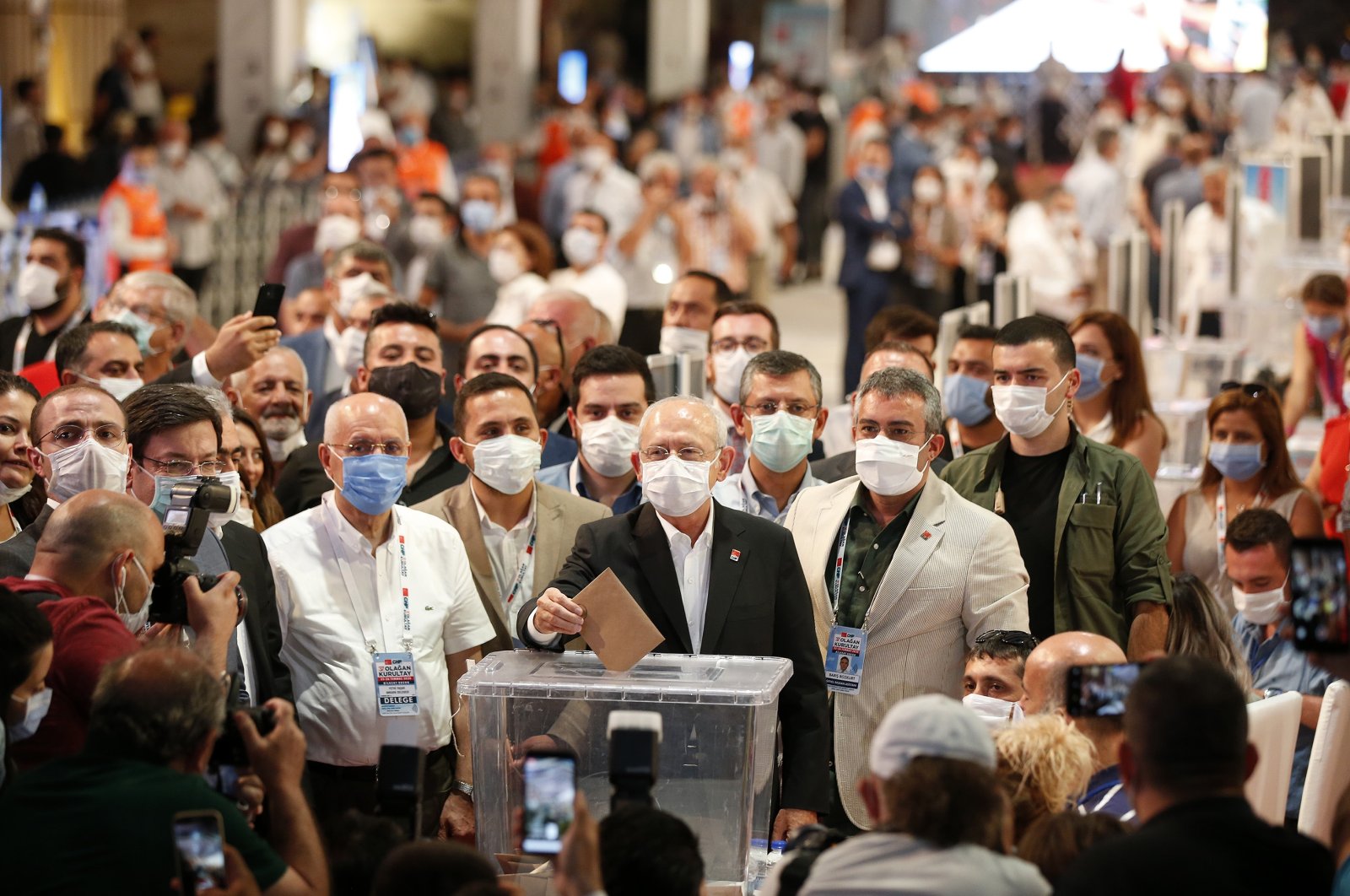 A young woman wearing headscarf became the first to be elected to the main opposition Republican People’s Party's (CHP) party assembly, according to the “key list” distributed among congress delegates.

The main opposition held its 37th general congress on Saturday, which saw Chairman Kemal Kılıçdaroğlu remain party chairman as the only candidate running.

Sevgi Kılıç, who was born in 1993, is the first woman to wear a headscarf in the CHP executive administration, according to unofficial reports revealed by Anadolu Agency (AA).

Kılıç graduated from Izmir Economy University in 2018 and has been working as a lawyer since 2019, according to her LinkedIn profile.

Earlier in July, Kılıçdaroğlu acknowledged that his party has made wrong decisions in its earlier anti-headscarf stance.

“We made the headscarf issue the number one issue in Turkey. Why do you care about the headscarf? Let women wear what they want,” Kılıçdaroğlu said in a televised interview, adding that he did not have any personal expectations from politics but wanted a peaceful country in which all citizens can live.

“I have been involved in politics since the age of 15, and I am euphoric about being a candidate for becoming a party assembly member,” Dirican, who started her political career in CHP’s Bakırköy Youth Branch in Istanbul, told Demirören News Agency (DHA). She continued by saying that she is eagerly waiting for the results and wants to represent the youth in her party.

The results of the election are expected to be announced after the election board evaluates objections in the two-day period.

The delegates voted to elect 52 party assembly members, as well as 15 supreme inspection board members.

According to unofficial results, the party's deputy chairman and spokesman, Faik Öztrak, received the most votes with 982 ballots, AA reported.

Kılıçdaroğlu is expected to hold the first meeting with the party assembly after Qurban Bayram, or Eid al-Adha, and will then determine the central executive board of the party.

Dissidents have long criticized Kılıçdaroğlu for pursuing a low-profile and weak opposition to the government, as well as undermining the CHP’s fundamental republican values. Prominent figures have also slammed Kılıçdaroğlu for failing to step down despite have not won an election in almost a decade.

His choice in young and female candidates for the party assembly follow the ruling Justice and Development Party’s (AK Party) precedent and Turkey’s shifting population dynamics.

According to statistics, around 1.59 million voters, among a total of 57 million, voted for the first time in the June 24, 2018, presidential and parliamentary elections.

With more than 16% of its total population aged between 15 and 24 – the highest among European countries – political parties believe Turkey's political future lies with young voters, and parties have been underlining the need to persuade young voters to enter polling booths.

Turkish political parties have been urging party organizations to attach significance to young voters and increase efforts to appeal to them.

In the previous general elections, AK Party’s Rümeysa Kadak became the youngest person to be elected as a lawmaker in Turkey at the age of 22. Kadak had previously served as an executive board member and became one of the top aides for Harun Karacan, a deputy chairman for the AK Party in charge of civil society and public relations.

The constitutional reform referendum, held in 2018, also lowered the age of running for Parliament to 18 from 25, which encouraged 113 young people to run in general elections.