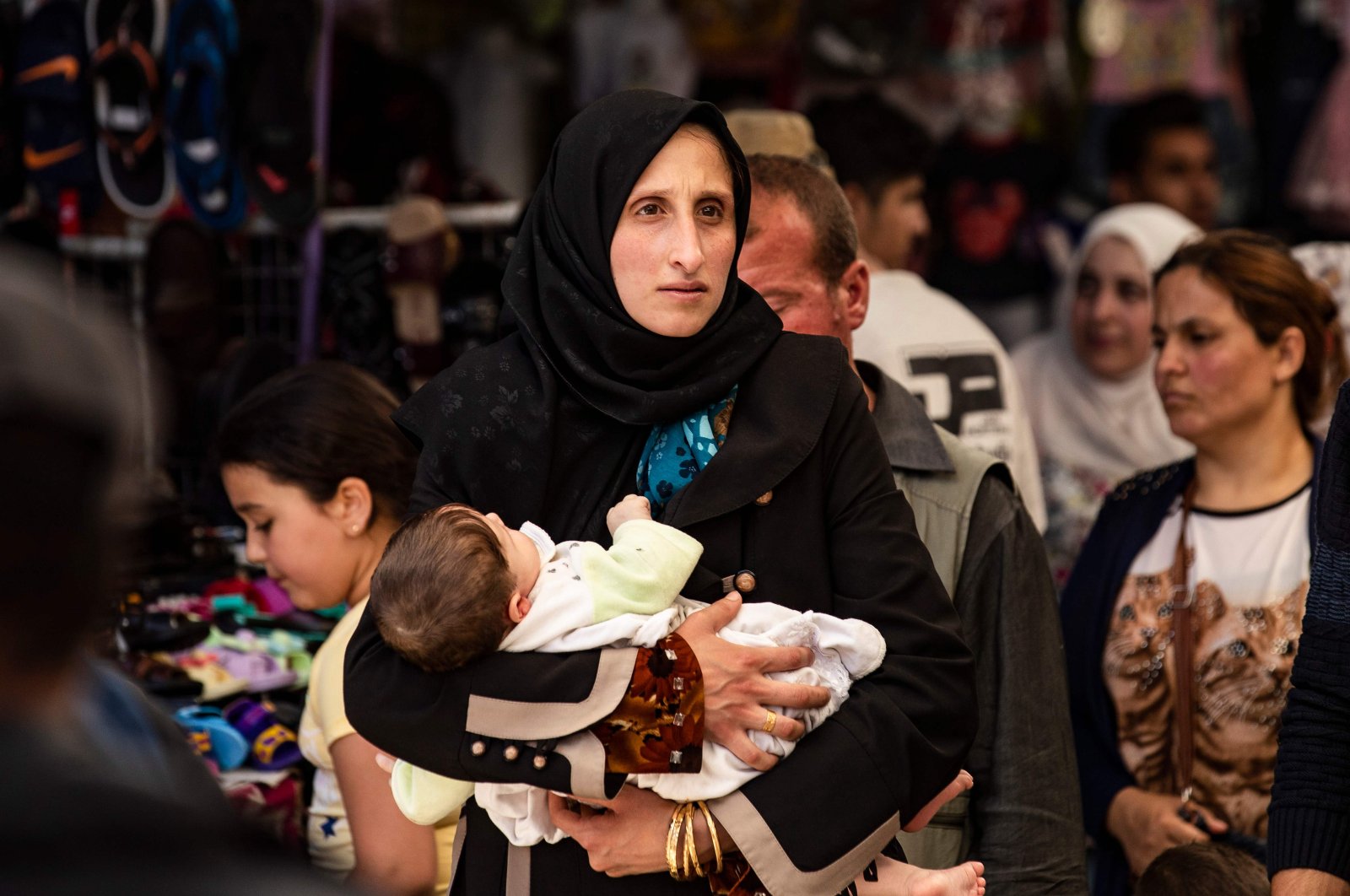 A woman walks with a baby at the main market of the city of Qamishli in Syria's northeastern Hasakah province, May 12, 2020. (AFP Photo)
by DAILY SABAH WITH AA May 13, 2020 1:49 pm
Edited By Nurbanu Tanrıkulu Kızıl
RECOMMENDED

YPG/PKK terrorists are extorting money from the local population, which is making donations on the occasion of Ramadan, in areas the terrorists control in northern Syria, sources said Wednesday.

According to the report, the terrorists force residents to donate money for the relatives of YPG/PKK fighters who died in combat and record the names of those who refuse to make donations.

Local sources say the names are recorded to blacklist the individuals later on, as they note that the residents, who are already struggling to make ends meet, are too scared to raise their voice against the terrorists.

The YPG/PKK has been using the coronavirus outbreak to its advantage by doubling the prices of basic food in areas under its control in northeastern Syria while subjecting the locals to difficult conditions.

According to local sources, after the first COVID-19 infection was detected in Syria, the YPG/PKK immediately increased the tribute that it takes on all the products that are being brought from outside of the occupied areas. The tribute that the terrorist group takes amounts to approximately 10%-40% of the product's original value.

Some merchants who have close ties with the terrorist group are exempted from the tribute as this "privileged" group sells some of the products in its possession at high prices. As a result of these practices, the prices of the most consumed products doubled in the last two months.

One seller in particular was violently assaulted by the terrorists and attempted to commit suicide after the incident.

Qamishli is very close to the Turkish border. Control of the town has mainly switched to Assad forces, while the YPG/PKK is also present.

In its more than 30-year terror campaign against Turkey, the PKK – listed as a terrorist organization by Turkey, the U.S. and EU – has been responsible for the deaths of 40,000 people, including women, children and infants. The YPG is the PKK's Syrian offshoot.