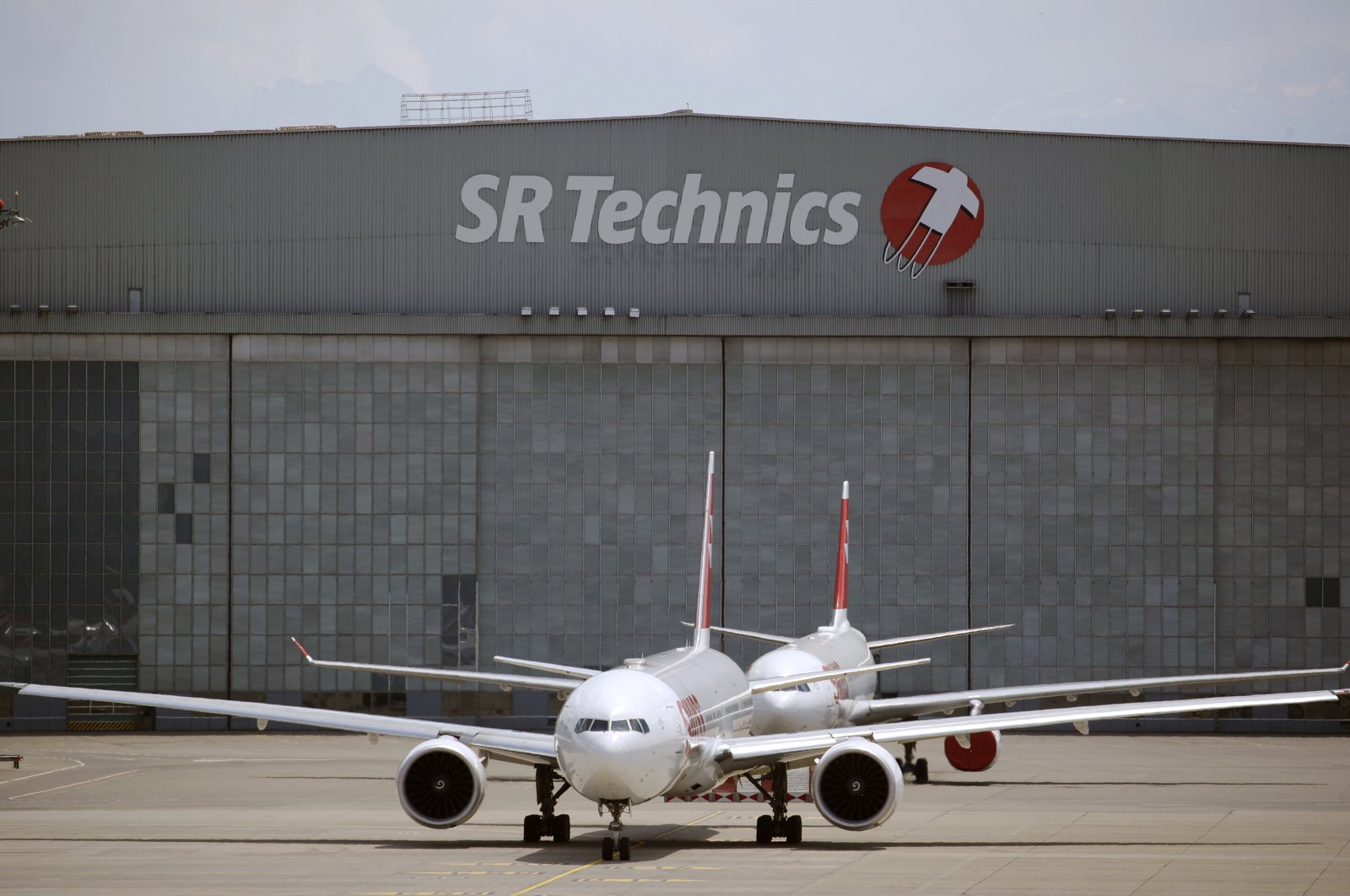 Two aircraft of Swiss Airlines are seen in front of a hangar of aircraft service provider SR Technics, as the spread of the coronavirus continues, at Zurich Airport, Switzerland, July 14, 2020. (REUTERS Photo)
by DAILY SABAH Jul 28, 2020 12:37 pm
Edited By Dilara Aslan
RECOMMENDED

Zurich Airport hung up world maps throughout its building to inform passengers about the COVID-19 situation in countries worldwide, yet the maps lacked Turkey, raising eyebrows.

The place on the map where Turkey is supposed to be located is filled with a broad emptiness, where the Black Sea and the Mediterranean were merged together. A freelance journalist, Joel Probst, noticed Turkey was not on the map last week and informed the authorities.

Though Turkey is not on the high-risk list of the country's Federal Office of Transport, the journalist asked himself whether the airport has a problem with Turkey or whether this just constitutes an error.

Upon informing the authorities, it was stated that it was an error. The airport's spokesperson, Bettina Kunz, said: “We thank you for the tip. In fact, when the countries were colored in the graphic, Turkey was accidentally not assigned to either yellow or dark blue and therefore disappears on the light blue background,” she explained and promised: “The posters will be corrected and probably still in progress replaced today."

Turkey, on the other hand, was kept off the list on the grounds that it did not come to the fore as a "safe travel destination” despite being in the best situation among EU countries in terms of COVID-19 cases and deaths in proportion to its population.

In the wake of the pandemic, the Turkish Culture and Tourism Ministry launched the Safe Tourism Certification Program in partnership with the Foreign Ministry. The program covers a broad range of safety measures in transport, accommodation and hygiene, both for hospitality employees and tourists, according to the Tourism Ministry.