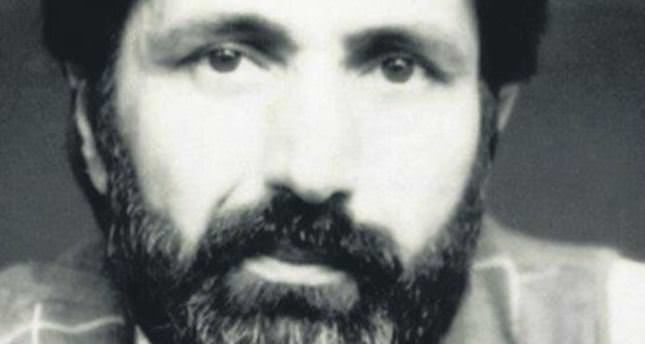 Cahit Zarifoğlu was not only a talented poet but was also adored by many. Though he lived a short life, Zarifoğlu left behind a rich body of literature. The TV series "Yedi Güzel Adam" (Seven Wonderful Men) is named after one of his books of poems and tells the story of Zarifoğlu and six of his friends

Abdurrahman Cahit Zarifoğlu (1940-1987) was born in Ankara on July 1, 1940. In spite of the fact that Turkey was not among the belligerent parties in World War II, the impact of the war was also felt in Turkey.

The war years and post-war years, too, meant a lack of riches for everyone, including the rich. Zarifoğlu's family was originally from Kahramanmaraş, known commonly as Maraş, a conservative province located in southern Turkey. The prefix "Kahraman" means "hero" and was added to the original name by the Turkish Grand National Assembly in honor of the citizens of Maraş, who fought against French occupation forces after World War I. Turkish people living in Maraş are famous for their piety and commitment to national values, and so, despite his adventurous youth, Zarifoğlu was also a religious person.

Zarifoğlu's father Niyazi Bey was a public servant in the Ankara Department of the National Treasury. Niyazi Bey attended the School of Law at Ankara University. Later, he worked as a judge and then as a lawyer. Since Niyazi Bey was a public servant, the family frequently moved from one city to another. Zarifoğlu's childhood passed in shifts caused by these moves, which is excellently recounted in his poems using a stream of consciousness technique. Migration seems to be the fate of Zarifoğlu's art, maybe rooted in the fact that his ancestors migrated to Turkey from Caucasia. War and migration would meet the poet once more as he tried to use his pen as a witness of the war in Afghanistan in the early 1980s.

'I have longed to move away'

Zarifoğlu was closer to his mother Şerife Hanım than he was to his father. Şerife Hanım was from the Evliyazade family, one of the rooted families of Maraş. Niyazi Bey married four times, and his father's last marriage seems to have affected young Zarifoğlu and made him a little bit schizoid. He dreamed much, spoke rarely.

His family moved to Maraş when he was 10. He attended Maraş High School where he met friends, including Erdem Bayazıt, Rasim Özdenören and Alaeddin Özdenören, three of the so-called "seven wonderful men." Erdem and Alaeddin wrote poems, while Rasim was the storywriter of the group. Nuri Pakdil was also a student at the same school but older than the others. The group published an amateur journal named "Hamle" (Move) in 1957 under the leadership of Pakdil.

Young Zarifoğlu is said to have decorated his room's walls with pictures of airplanes. He fancied himself as a pilot. He attended a sailplane camp to learn flying and received a pilot's license. After an unfortunate accident his tutor died, and so Zarifoğlu said farewell to his plan to become a pilot.

After high school, Zarifoğlu went to Istanbul to study in the German Literature Department. In 1962, he met Sezai Karakoç, a major poet of the "İkinci Yeni" (Second New) movement of Turkish poetry. In 1965, he published his first poems under the penname, "Abdurrahman Cem." Beginning in 1966, his poems were published by Karakoç in the journal "Diriliş" (Resurrection).

Making of a new Islamist

Karakoç's "Diriliş" was a small literary journal. However, it also represented a new phase of Islamism. Karakoç could easily be discriminated against by Islamists on account of the language he used. Older Islamists generally used conservative language since they were against the language revolution of Kemalism. Yet, Karakoç, Pakdil and some younger Islamists, including Zarifoğlu, denied this dispute and used words from the old and new vocabulary of Turkish in a free manner.

The only difference in Karakoç's "Diriliş" movement was not the type of language used but that he defended a kind of Islamist internationalism instead of the nationalism defended by the previous Islamists. He wrote about the civilization of Islam and the revival of Africa. Some critics accused Karakoç and his circle of being a part of the Kemalist revolution and denying conservative values, while Kemalist critics opposed the "Diriliş" circle because they were conservative.

This double-denial gave a special tone to the poetry and literature of the new Islamists. Zarifoğlu was writing poetry like the "İkinci Yeni" poets. He used images and not the classical poetical arts, which brought about his reputation of being uncertain or dark as a poet. His style was closer to Ece Ayhan and Cemal Süreya's though the two were on the leftist side at that time.

Zarifoğlu was also writing existentialist stories after his master Karakoç. Some people think that German literature affected Zarifoğlu, but there is no evidence for that assertion. He was rather existentialist as opposed to expressionist in style. Zarifoğlu, the poet Zarifoğlu wrote poetry, fiction, nonfiction (mainly essays on the Islamist movement) and bedtime stories for children. He owed his reputation mostly to his poetry.

Zarifoğlu published four volumes of poetry in his lifetime. After his early death from cancer, his complete poems were published. This last edition includes poems published separately from his books and a few unpublished and uncompleted poems. Zarifoğlu's early poetry is considered by many to be quite dark. Lines and phrases are not organized with any analytical or grammatical coherence. The only coherent thing in these poems of his youth is feeling. Young Zarifoğlu reflects a deep and sensitive world of feelings. He mentions but does not thoroughly talk about a broken childhood.

There are also many sensual items concerning adolescence. Sometimes the poet refers to religion or rather conservative thoughts, but lines involving this approach do not give character to the early poetry of Zarifoğlu. There is a second or middle stage of the stream of Zarifoğlu poetry through time. This stage consists of poems that reflect a vision of a new life. He never gives a concrete and open definition of this life, but tries to make the reader imagine or feel it with his or her senses. It would be a Muslim way of living, but how? There is no association to analyze Zarifoğlu's utopia utilizing his poetry. It would be a sublime life and that's all.

The third and final stage of Zarifoğlu's poetry is half political. His previous uncertainty and sensuality is broken by some concrete lines about the war in Afghanistan or about being a Muslim in the modern world. His criticism of the modern way of living and modern state's status quo has now become obvious. The late Zarifoğlu can be seen as a Muslim revolutionary. After Zarifoğlu's death İsmet Özel wrote "The Regime as Poet Killer," where he suggests that sensitive people like poets could not endure the oppression of the Sept. 12, 1980 military coup. Zarifoğlu died in 1987 from cancer, just one year after Edip Cansever and two years after Turgut Uyar. The regime was too strong, and poetry was vanishing.