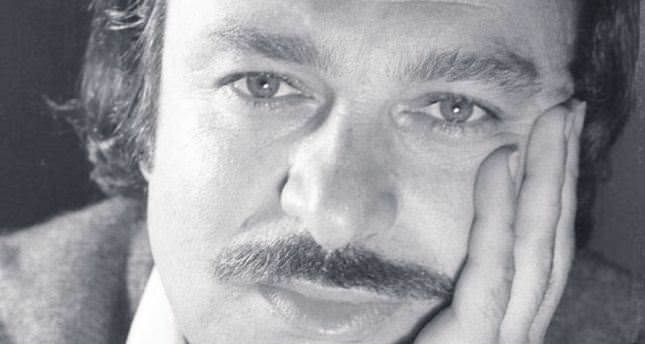 Turkey's highly prestigious writer Oğuz Atay, whose first and best-known novel was 'Tutunamayanlar' (The Disconnected), was an 'outsider,' keeping his distance from the conservatism of nationalists as well as Marxism and intellectual circles

Oğuz Atay was the unmanageable genius of Turkish modern fiction. His first and best-known novel "Tutunamayanlar" (The Disconnected) was found to be "a rebellion for both its style and content." Though he lived the modest and puritan life of a Turkish engineer under the umbrella of Kemalist ideology, Atay garnered a cult following for a postmodern critique against Kemalist modernization thanks to the bitter ironies in his novels and stories.

Early life
Oğuz Atay was born on Sept. 12, 1934, in İnebolu, Kastamonu. His father Cemil Atay was a member of Parliament for three consecutive periods before the first democratic elections in 1950. Oğuz Atay's family was thus among the official elite during the single- party regime. This affected the novelist throughout his life. He always had a dichotomous attitude toward the Republic's elite. He owed them, but he did not want to be one of them. This binary caused a duality both in his character and in his style as a writer. Oğuz Atay wrote, "My entire life was a game in which I wanted to be taken seriously."

This seems strange since he lived a serious life according to general understanding. He was schooled in Ankara at Maarif Koleji, which was one of the most prominent state colleges for the children of bureaucrats and rich tradesmen. Afterward he studied in the Civil Engineering Department of Istanbul Technical University in 1951. After graduating in 1957, Atay was employed as a professor at the Istanbul State Engineering and Architecture Academy (now Yıldız Technical University) in 1960. His academic life was a straight and unbroken line. He was still a lecturer in the university when he died.

However, Atay had something in mind when using the word "game" to describe his life. He lived seriously, but he did not feel that way. What he did were things he was officially supposed to do. His life as an engineer- academic did not reflect his character. Indeed, his character was not extrinsic. According to his college yearbook, Atay was "an interesting type" among his peers. The yearbook talks about his accuracy.

His clothing was expensive and tidy. He wore a "Douglas mustache," which came from Kirk Douglas, I'd guess. The young Atay seems to have imitated the appearance of a gentleman. His photographs from later years show a gradual change in his appearance.

Atay's predecessors
Oğuz Atay never lived the life of a professional fiction writer. He was a professor of engineering who wrote novels and stories in his personal life. He never saw a second imprint of any of his books. And some of his books could only be published after his death. Depending on such staff, some people called Atay the "Turkish Kafka."

Atay mentions Kafka in a list of writers he liked to read. Nevertheless, Dostoyevsky is more significant in that list. And Melville and Nabokov are the surprises of the same list. Atay does not mention any of his true predecessors, no Turkish names. In another review, he denied that he had read Ahmet Hamdi Tanpınar. He just accepted that Kemal Tahir had an eminent effect on his thought.

Had Atay really not read Ahmed Hamdi Tanpınar? We don't know this for sure; however, we can easily connect the two as predecessor and successor to some extent in special aspects. Both Tanpınar and Atay write about intellectuals who try to find a room for themselves against the East-West conflict. Tanpınar's major characters suffer an existential crisis, while Atay directly calls his characters "the disconnected." Selim Işık, the main character of Atay's "Tutunamayanlar" looks like Mümtaz, the trivial man of Tanpınar's "Huzur" (A Mind at Peace). I think Atay refused Tanpınar as one of his predecessors because of ideological reasons.

In the 1970s, Tanpınar was seen as a conservative, while Atay was on the left. And there was little conversation between the two wings of Turkish intellectuals. So, Atay denied Tanpınar on purpose. He did not want to be blamed for being connected to right-wing writers.

The disconnected
Oğuz Atay died young; he was just 43 when he passed away. His life as a writer lasted only seven years. His first novel "Tutunamayanlar" was awarded the TRT (Turkish Radio and Television) Novel Prize in 1970 and published in 1971-72. This novel was a complete shock since it did not followed any classical plot. You can even say that there is no plot in "Tutunamayanlar." Some critics suggest that what Atay did in "Tutunamayanlar" was not fiction at all, but metafiction, which makes him a postmodern writer.

There is no series of events through which we can examine the characters entirely on a single basis. And in turn, the characters are not full and separated from each other. Is Selim Işık a character or an allegory? The latter seems more reasonable to me. Atay was a latecomer to the Turkish literary scene since he had published nothing in his twenties. His name was first heard with his first novel "Tutunamayanlar" in 1970. Nevertheless, he published his novels rapidly one after another. After "Tutunamayanlar" was published in 1972, he published his second novel "Tehlikeli Oyunlar" (Dangerous Games).

Though "Tutunamayanlar" is a cult-novel for most Atay readers, "Tehlikeli Oyunlar" is my favorite. Especially in the first section, Atay's style of writing is very creative. He shows virtuosity in point of view. He uses the point of view of the theater audience. He designs the text as a stage where everything happens and everyone speaks and thinks. Acts, speeches and thoughts cross through each other.

The year 1975 was an abundant one for Atay. He published three books consecutively in the same year: "Korkuyu Beklerken" (Looking for the Fear), the only short story collection of the writer; "Bir Bilim Adamının Romanı" (The Novel of a Scientist), the biographic novel on Mustafa İnan, one of Atay's professors in university; and "Oyunlarla Yaşayanlar," his only drama script. Since Atay published five books in three years in the 1970s, we can say that at least drafts of these were written in previous years. Atay wrote many things including a personal journal, which was published in 1987, 10 years after his death. And his unfinished novel "Eylembilim" (The Science of Action) was published in 1998. "Eylembilim" is a novel describing political action in the university from the point of view of a professor. The subtitle of this unfinished novel is significant: "The soul of Turkey." In "Eylembilim," Atay tried to give a panorama of the Turkish political environment in the 1970s following the political novel writer Kemal Tahir.

Unfortunately, Oğuz Atay suffered from a brain tumor and could not finish his last novel. The eccentric writer died on Dec. 13, 1977, in Istanbul.
Last Update: Dec 27, 2014 2:30 pm
RELATED TOPICS