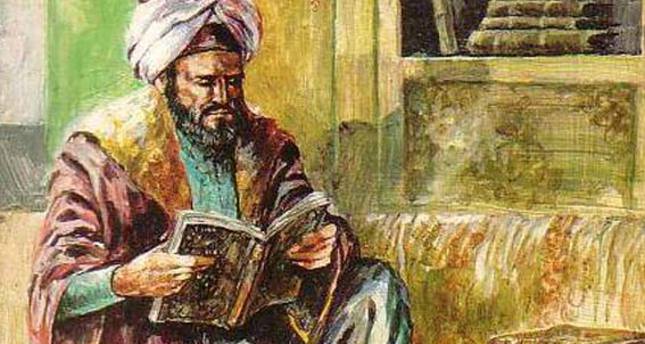 Mostly known for his masterpiece ‘Keşfü’z-Zünun,’ Katip Çelebi (1609-1657) was an Ottoman scientist and intellectual who worked in the fields of history, geography and bibliography

Admirers of the West in Turkish science and thought circles have always considered Katip Çelebi (Haji Khalifa) as a Westerner. Westerners, on the other hand, prefer to see him as an Ottoman intellectual. In any case, the former is the outcome of an inferiority complex whereas the latter is closer to reality but is fraught by an addiction to chasing originality.

Katip Çelebi definitely was original; however, Çelebi did not exist in a time where the Ottoman territories were devoid of either science or scholarship. Moreover, he existed at a time where rational disciplines were also developed alongside spiritual ones. This is the main flaw in Western perspective; both Ibn Khaldun and Katip Çelebi are one-of-a-kind to their thinking when, in fact, they are both bright stars shining alongside countless others.

Katip Çelebi was a 17th century man and an exemplary early modern intellectual. His writing speaks to religion on one hand and rational thought on the other. While he was in the service of the state, he broke free of this service at his earliest opportunity to devote himself to writing books. Whether he is of early modernism or late classicism is the subject of another debate, but it is baseless to think that Çelebi is a man isolated from his era or his society.

What helps to modernize Çelebi and bring him closer to us is the fact that he does not come from a family of pashas. His biography is even more ordinary than those of 20th century writers. He was born in 1609, and his real name was Mustafa bin Abdullah. Because he worked as a Janissary scribe, he was known as Katip Çelebi among the public. It is speculated that his father, who was a Janissary, steered him into intellectual activities because he himself was educated at the Enderun Mektebi (School of Administration).

At a very young age, Çelebi went on campaigns with the army. It is said that what he witnessed and experienced significantly contributed to his sociological imagination. Like his distant master Ibn Khaldun, he took great interest in history and geography. In addition, it was apparent in his work "Keşfü'z-Zünun" (The Investigation of Doubt or Uncovering the Truth), which contains records of 10,000 writers and 15,000 books, that he was an extensive reader. This work is the book treasury of the period – an encyclopedia for which we do not possess a counterpart in Turkish even today.

The fact that he always translated his experiences into writing clearly demonstrates the "early modern" character of Çelebi. It would be no exaggeration to say that he lived his relatively short, 48-year life solely to write his treasured 23 works.

It is said that science is born out of pure, child-like curiosity and from an unsatisfiable passion to discover truth. Even though he had nothing to do with Western progress in modern science, Çelebi was aware of it. The 17th century Ottoman domain was a wealth of scientific knowledge and the philosophic tradition of Islam. The harvester of this knowledge was Çelebi himself. His masterpiece, "Keşfü'z-Zünun," was a demonstration of this; thus, Çelebi was not only a scribe of fiscal affairs, but also the scribe of the bibliography of the Islamic world accumulated throughout the centuries. Today, "Keşfü'z-Zünun" remains a bibliographic resource that is a classic on classics.

The tradition of early modern thought

Between the "Ahlak-ı Alaî" (Supreme Ethics) of Kınalızade Ali and the juridical articles Namık Kemal composed for the newspaper İbret (meaning between the modern and the classical), there is also an early modern or late classical era. This era of thought, just like that of history, is barely known.

The economic crises and rebellions of that particular period of time, disturbances among the public, the fact that the ancient victorious tone of the Ottomans tended to subside in the face of European military powers and so on, has forced us to turn away from the 17th and 18th centuries. Except for the Tulip Period conflicts, not much is said of the sultans, viziers and poets of the period, let alone men of thought.

In fact, when the writings of men like Mustafa Ali, Katip Çelebi and Naima are examined we can find substantial clues on where we have departed from and to where we are headed. Our current scholars are not thinkers; therefore, they only provide superficial information and repeat age-old recitations.

Çelebi is introduced as a reasonable and neutral narrator of the fight between Islamic law scholars and the Sufis. It is bizarre in the 21st century to not be able to come across even one thousandth of the sociological performance displayed by Çelebi on the matter of the Kadızadeli-Sivasi quarrel of the 17th century. Today, the main issue should be how Çelebi construed the matter instead of what he said about it. It is the tradition of early modern thought that should be pondered.

Religion by force is unacceptable

"Now people do not abandon their ways, whatever it is; it continues to drift away until the time wished by [God]. But protecting the order of Muslims, to preserve the imperatives and ways of Islam among the public is required from the judges. As for the preachers, once they have contented the public with an amiable preaching and advice on the avoidance of cruelty and have encouraged them to live in accordance with the Sunnah, they will have completed their duty. It is up to the people to perform religious worship or not; religion by force is unacceptable." – Katip Çelebi, "Mizanü'l-Hakk fi İhtiyari'l-Ehakk," (The Balance of Truth in the Choice of the Truest).

"After the Islamic sciences had been compounded and fixed to preserve them from all degradation, the leading greats of the Muslim peoples saw that previous generations had outlawed that knowledge to this end. When it had been removed and the desired end achieved, the Muslim people, believing it very important to know the truths of things [in other words, to have philosophical knowledge], translated into Arabic the books pertaining to the old sciences. In every century, those possessed of sound nature and right reason have never neglected to study and learn them. True researchers in every century have united religion and philosophy while performing their research and writing their books have become famous and respected, and drew attention." – Katip Çelebi, "Mizanü'l-Hakk fi İhtiyari'l-Ehakk," (The Balance of Truth in the Choice of the Truest).