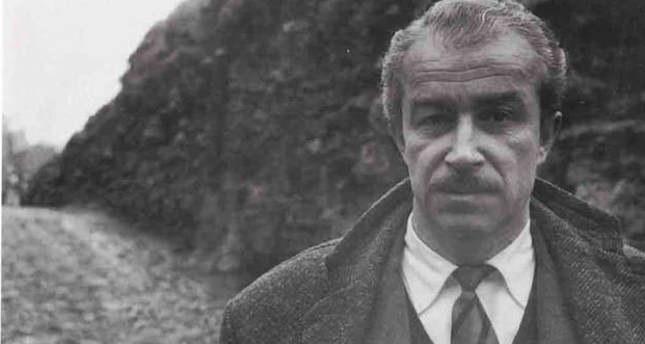 Mritic and novelist Ahmet Hamdi Tanpınar once professed, "We don't have a novel," before he asked, "Would we be aware of it if we had one?" I think Tanpınar's suggestion cannot be applied to all Turkish novels. We have our own novels and readers are aware of domestic novelists.

Indeed, Tanpınar was thinking of novels like that of Marcel Proust and Franz Kafka, and he was right in that aspect. We don't have any novelist who can equal Proust or Kafka in style. However, we have various novelists who have their own Turkish styles.

Orhan Kemal is one of the most popular Turkish novelists with a personal style of writing. Though his work cannot be said to be focused on language and style, which Tanpınar was asking for, he has his own style of describing complicated and unique characters in struggles surrounded by realistic human types in a historically real setting.

Orhan Kemal was born on Sept. 15, 1914 in Adana, a major city in the Mediterranean region of Turkey. His real name is Mehmet Raşit Öğütçü, though everybody knows him by his penname Orhan Kemal.

His mother Azime Hanım was a well-educated woman while his father Abdülkadir Kemali Bey was a lawyer and politician. Abdülkadir Kemali was an deputy in the first Turkish National Assembly, which won the War of Independence in 1922. Yet, he was one of the adversaries of Kemalism even before the Turkish Republic was announced on Oct. 29, 1923. In 1920, though he was elected as the minister of justice by the National Assembly, Mustafa Kemal told him that the two couldn't work together and Abdülkadir Kemali resigned from the cabinet. He was an adversary during the 1920s before he established the Ahali Cumhuriyet Fırkası (Republican Party of the People). His party was banned by the single-party regime and he went into self-imposed exile in Beirut in order to escape imprisonment or assassination.

In his autobiographical novels "Avare Yıllar" (Vagabond Years) and Baba Evi (Family Home), Orhan Kemal tells about his happy vagabond years in Adana and the hard times he had in Beirut, then under the French mandate in Syria. Indeed, autobiographical facts always leaked into Orhan Kemal's novels. Once he told a judge in a court where he was tried for writing for ideological reasons that he wrote about the real people he knew, the poor, and he added that if he had known the rich, he would have been glad to write about them too.

Orhan Kemal suffered a dilemma in his youth that resulted in him being more thorough throughout his entire life. He was a son of a rich and noble family, yet he had to struggle against poverty. Though his parents were well-educated people he did not have the chance to continue his education after a certain point. He willingly ceased his education in secondary school and worked in a restaurant and publishing house in Syria where he was living with his father.

However, in 1932, Orhan Kemal returned to Adana and began to work as a clerk in a factory. He married Nuriye Hanım, who was also a worker at the same factory. Unfortunately, Orhan Kemal was arrested when was serving in the army in 1938 and imprisoned for 5 years for "reading and possessing Maxim Gorki and Nazım Hikmet books" and "making propaganda and provocations for rebellion on behalf of a foreign state."

The making of an author

Orhan Kemal met Nazım Hikmet in the Bursa Prison House in 1940 and received lessons on philosophy and politics from the famous poet. Orhan Kemal was writing poetry like every Turkish man who was fond of writing until he met Nazım Hikmet. Hikmet convinced him to write stories and novels instead of poetry.

Hikmet's advice changed Kemal's fate when he began to write and publish short stories after he was released from prison. Before he met Hikmet, he published some poems in literary magazines such as "Yedigün" (Seven days) and "Yeni Mecmua" (The New Magazine) under his first pennames "Raşit Kemal" and "Orhan Raşit." He used the penname "Bacaksız Orhan" (Orhan the short or Orhan the little) in his first published story but later adopted "Orhan Kemal" as his epithet.

His first stories were about factory workers and the people of the poor neighborhoods of Adana. Kemal rose to fame after his works were published in "Varlık" (Existence). Readers of "Varlık" chose him as the best author publishing works in the magazine.

Magazines paid him small fees so he had to moonlight as well. He worked all day and used all his spare time for writing.

Orhan Kemal is one the "three Kemals," the other two being Kemal Tahir and Yaşar Kemal. All three are realist writers but differ from each other with their styles. Yaşar Kemal can be seen as the major representative of magic realism in Turkey while Kemal Tahir focused on historical realism. Orhan Kemal is the social realist among the three, which can be seen in his attempts to attract attention to the lives of the working class and the poor.

In 1951, Orhan Kemal moved his family to Istanbul where his fourth child was born. He had no job so he tried to earn a living with his pen. He published short stories in literary magazines and his novels were published in newspapers in installments.

The reason why Kemal was more productive than many other Turkish novelists was his urgent need for money. He also wrote film scripts for some extra income. The only business he knew was writing. So he wrote until the end.

He published 16 short story collections, two plays, a volume of his memoirs and 30 novels from the second half of the 1940s until his death in 1970, which means he averaged two books a year. He was an impoverished writer who wrote the story of the poor.

He was granted various awards including the Sait Faik Short Story Prize twice in 1958 and 1969 and the Turkish Language Institution Short Story Prize in 1969, which have been among the most prestigious literary awards given to writers in Turkey for a long time. Many of his stories and novels have been adapted to movies and TV series. Among these adaptations are the most famous "Gurbet Kuşları" (Strange Birds) filmed by Halit Refiğ in 1964, "Murtaza" filmed by Tunç Başaran in 1965, "Bereketli Topraklar Üzerinde" (On Fertile Lands), filmed by Erden Kral in 1980, "72 Koğuş" (Ward 72), filmed by Erdoğan Tokatlı in 1987 and "Hanımın Çiftliği" (Landlady's Farm), filmed as TV series two times in 1989 and 2009.

Orhan Kemal died on June 2, 1970 in a hospital in Sofia, Bulgaria as he was a guest of the Bulgarian Writers Union. A novel prize was instituted in his name in 1972 and his family renovated the flat he lived in to create the Orhan Kemal Museum in Cihangir, Istanbul.