Yaşar Kemal: In love with people and nature 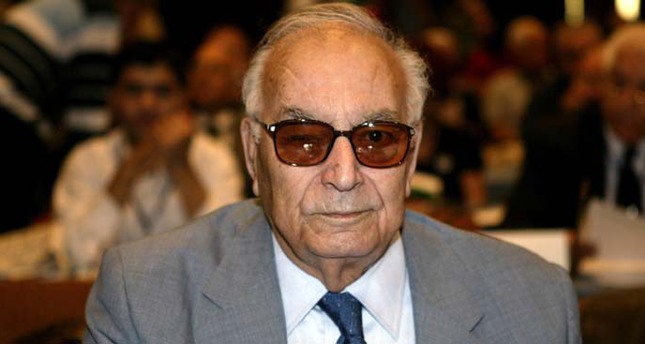 Yaşar Kemal, born Kemal Sadık Göğçeli in 1922, is one of Turkey’s most celebrated writers. For years Kemal was expected to be Turkey’s first Nobel laureate before Orhan Pamuk won the prize for literature in 2006

Folklore and literature are generally seen as two inter-connected but yet different entities of the human word. Some critics believe that folklore is a matter for the past, a genre that has failed to endure the modern period while others suggest that folkloric leitmotifs and archetypes live on within modern texts. T. S. Eliot even argued that James Joyce's "Ulysses" symbolized the end of the modern novel, supposing it be a legend rather than the future. In fact, "Ulysses" was more a re-incarnation of the ancient Greek legend told by Homer with most of the changes superficial. The "Ulysses" of antiquity - Homer's "Oddessy" - tells the physical journey of Odysseus, the king of Ithaca; however, Joyce's "Ulysses" did not openly tells us anything, only giving us clues about the mental state of its characters, especially that of Leopold Bloom and Stephen Dedalus. Joyce's work was a modern or post-modern interpretation of the ancient legend of Odysseus.

Modern writers have written many archetypal novels or novels involving archetypes in the 20th and 21st centuries. Turkish writers could never be accused of straying from that trend. Knowingly or not, many Turkish novelists have employed ancient or epic elements in their work. Just a quick glance at the canon of the Turkish novel after the changes in the 1950s will allow you to spot a certain fiction writer who has routinely used legendary materials in his stories and novels - Yaşar Kemal.

Yaşar Kemal was born Kemal Sadık Göğçeli in Hemite village in Osmaniye, a southern province of Turkey, in 1922. His parents were originally from Ernis village (now Ünseli) in Van, an eastern province. The family emmigrated from Van to Osmaniye (then Adana) because of Russian occupation during World War I.

In his own words, Kemal was the child of a Kurdish speaking family in a Turkoman village. He spoke Kurdish at home and Turkish elsewhere, like his other family members. He reflects the Turkoman dialect in many of his stories and novels. For instance, the villagers say "heyye" (like yup or yep in English) instead of "evet" (yes) or "he" ("yeah").

At the time of Kemal's birth, his father Sadi Kemal was already 50 and his mother, Nigar, was only 17. Nigar's brother Mayro was a famous outlaw who led a short but adventurous life and was killed when he was 25. It wouldn't be hard to guess that Mayro provided the model for Kemal's rebellious heroes.

Kemal lost his right eye early in his childhood in an accident. When he was five he saw his father killed by his adopted son Yusuf while praying at his local mosque. Such a traumatic event saw him develop a stutter, but he eventually managed to cure himself by chanting folk songs. To his mother's disappointment, he refused to kill Yusuf in revenge. He once said that he had seen killers in his life and they often looked the same as their victims.

Kemal grew up in the small village of Hemite. He started school at the age of nine at a neighborhood village and later went to stay with relatives who lived in Kadirli. He wrote some folkloric poems when he was eight-years old and he was listening to and imitating bards from his locale, though he was never good at playing saz.

After studying for two years at secondary school, Kemal ended his formal education. His four sisters died and Kemal was left alone to take care of his mother. In his teens and 20s Kemal worked a variety of odd jobs. He was a cotton picker, farmhand, construction foreman, clerk, cobbler's helper and substitute teacher. For a small period of time he worked for the city library of Adana. He was a good reader - he read world classics and at the same time he was increasing his knowledge about Turkish folklore.

He worked for a gas company after completing his military service. His first book, published in 1943, was a compilation of folk elegies that he had collected in his home town. He also wrote short stories and published poems in a local magazine in Adana and small magazines elsewhere.

Until he began to write "İnce Memed" (Memed My Hawk) in installments for Cumhuriyet daily, Kemal's literary experience ran through a passive stream. He was an adopter and collector of regional folklore and not a genuine writer. "İnce Memed" was a triumph on its release with the literary public immediately taking it to heart. He was now a famous writer.

Though the novel depended upon folkloric material, "İnce Memed" was not a simple romance of the outlaw. Kemal showed Memed as the potential leader of a peasant rebellion. The novel includes many descriptive and normative passages interpreting the conditions surrounding Memed's run through a socialist point of view.

Thus, "İnce Memed" takes on two major states of minds: legendary and socialist, which are combined and mixed by Kemal's style. This formula had also worked for Nazım Hikmet in his "Kuvayi Milliye Destanı" (The Legend of the War of Independence) where he used a similar combination. On the other hand, it's an interesting thing that readers of Nazım Hikmet and Yaşar Kemal have been mainly well-educated socialists or leftists.

Kemal continued this folkloric socialist path in both his works and his political life. He wrote more than 30 fiction books, all of which leaned heavily on the authentic folklore of Turkish peasants.

Kemal married Thilda Serrero with whom he had had a son, in 1952 after he decided to settle in Istanbul. He had a second marriage with Ayşe Semiha Baban after his first wife passed away in 2001. He was arrested several times for political reasons but never received long sentences. In 1995 he was sentenced to six months but the sentence was suspended.

Kemal was the standard Turkish candidate for the Nobel Prize until Orhan Pamuk actually won it in 2006. He has, however, been a collector of other prizes. The number of prizes he won is nearly as many as the number of novels he wrote. He is the second most well-known Turkish writer internationally after Pamuk.

Kemal describes himself as a writer of the people saying, "I am against those who oppress the people, whether oppression comes from the feudality or bourgeoisie, I, with my whole life and art, will resist them." He once said that he believed in the people and nature, which is coherent with the heart of his fiction and use of folklore.