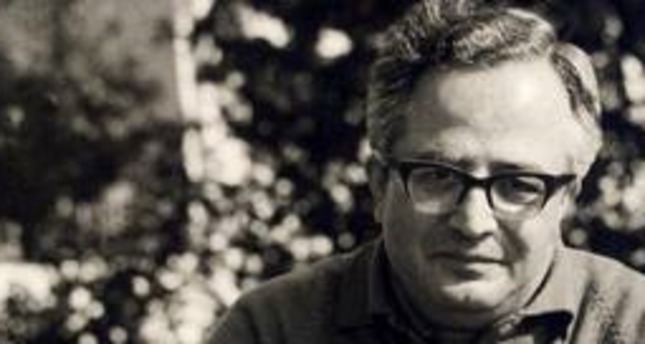 Fethi Gemuhluoğlu's name is associated with friendship and love by the conservative intelligentsia of Turkey. Unlike his peers, he did not only fight for abstract thoughts, but also dedicated his life to helping others

"Merhaba" is one of the most common greetings in Turkish. The word originates from the Arabic greeting "marhaban," meaning "a welcome place for visitors." So, greeting people by saying "merhaba" means to invite them into a welcoming place. Though this is literally about a physical space, the word has metaphysical implications as well. Fethi Gemuhluoğlu once said, "Merhaba is sacred trust." In his legendary speech, "On Friendship," he salutes everyone and everything he loves. His love of human beings and metaphysical beings is so vast that he even salutes the directions: "I salute my right and left, I salute my front and back."

Although Gemuhluoğlu was and still is loved by the majority of people belonging to political and cultural circles on the right in Turkey, not much has been written on the details of his biography. There are hundreds of articles and literary works, mainly poems, dedicated to his name, but most of these are in praise of his unique personality. He did not make himself the object of public attention; on the contrary, he encouraged a metaphysical vision in terms of social relations. Indeed, meeting people was a sacred experience for him.

Gemuhluoğlu was born in Göztepe, a district of Istanbul, to a family from Harput in eastern Turkey. His father, Mustafa Neşet, was born and raised in Arapgir, Malatya; however, when he was only 11 or 12 years old, he moved to Istanbul after his father – Gemuhluoğlu's grandfather – died.

Neşet married Fatma Saniye Hanım, who was also from Arapgir, in 1914, but then joined the army during World War I and fought at the Gallipoli and Galicia fronts. He survived the war, but was not able to return home to Istanbul until 1921. Shortly thereafter, Fethi Gemuhluoğlu was born – the first child of the happily reunited family.

Gemuhluoğlu had a free and enthusiastic soul even in his childhood. When he was in secondary school, he tried to perform Necip Fazıl Kısakürek's play "Bir Adam Yaratmak" (Creating a Man) on his own in the attic of his house in Göztepe. He attended Haydarpaşa High School, played football as the right winger for the Hilal Sports Club in his neighborhood and was also on the wrestling team of his school.

In 1940, Gemuhluoğlu graduated from high school and began attending Istanbul University's Law School. After graduating from law school, from 1946 to 1948, he fulfilled his military duty as a judicial officer in Gallipoli. Upon his return to Istanbul, he became president of Hilal Sports Club in 1948 after his friends nominated him, though he did not want the position. Gemuhluoğlu began worked as a Turkish language and literature teacher in minority schools in Istanbul between 1950 and 1955, and from 1955 to 1963, he was the head of the Sports and Exhibition Palace in Istanbul – an important building that hosted many special sports-related and cultural events.

Gemuhluoğlu got married in 1959, had two children, and lived in Germany with his family for two years in the 1960s. In 1969, he established the Türkpetrol Foundation with his friends Mithat Recai Öğdevin and Aydın Bolak. The foundation aimed to give scholarships to support undergraduate and graduate students, and Gemuhluoğlu was the general secretary of the foundation until his death on Oct. 5, 1977.

His life as a work of art

Nearly everyone who encountered Gemuhluoğlu has only had praise for him. The intelligentsia on the right side of the spectrum of Turkey associates his name with friendship and love. Unlike his peers, he did not only fight for abstract thoughts, but also dedicated his life to helping others. He provided young intellectuals with material support and encouraged them to work hard to get into a career and positively shape their character by making good friends and loving others.

Gemuhluoğlu's work and art was his life. His literary works and political writings are not important in terms of artisanship. However, they can be seen as letters or speeches that addressed Turkish youth and is where they gain their importance and their beauty. He was fond of writing emotional and encouraging letters to friends and young students. The attitude of his writing and speeches was always positive and he was never analytical or critical. On the contrary, he liked to discuss the people and things he loved.

The main concern in Gemuhluoğlu's speeches, articles and letters was friendship, as there is ample evidence to support that he saw himself as a communicator of his beliefs. "No hostility. Friendship for thoughts, friendship for communication … I do not mean hostility for criticism. I will not mention any hostility for anything. The others against us have the right to possess hostility about anything they wish. You should salute your household every morning with the salutation of God, whether or not they salute you back. You should salute anybody at any time, whether they bid you farewell or not," Gemuhluoğlu wrote.

His ideological position is somehow ambiguous. It is not obvious whether he was a nationalist or Islamist. However, he embraced the entirety of conservative thought and all of the people in Turkey. He loved the Turkish nation, so he loved all Turks. He loved Islam, God, the Prophet Muhammad and he loved "the factual and the spiritual."

Gemuhluoğlu's great and non-discriminatory love of people allowed him to forge many friendships. Many of his elders and peers as well as youth praised him, and the poet Necip Fazıl Kısakürek once said: "Fethi Gemuhluoğlu is the one with whom I came together and became one in the roots of thought and suffering." Another poet, Cahit Zarifoğlu, called him a school of thought. İsmet Özel said that Gemuhluoğlu was the only one in his generation who could pass an unbroken line to the next generation and Hilmi Yavuz compared his thoughts to the whirling ritual of the dervishes.

Gemuhluoğlu was a modern dervish in a way, as his innovation was apparent through his personality and aphorisms. He is sometimes even solipsistic. He always speaks to individual minds, not society or a community. This solipsistic individualism ensures that his image will continue to be interesting and that even the people who did not meet him in person will love him.
Last Update: Dec 27, 2014 2:27 pm
RELATED TOPICS