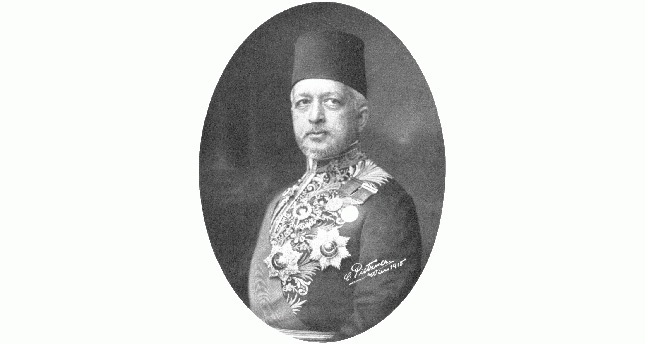 Said Halim Pasha (1864-1921), an aristocratic statesman, received both Islamic and Western education and was a brilliant analyst of contemporary social problems

Islamism is a reactionary and populist ideology in general. The majority of Islamists come from the lower classes of society, and they tend to hold points of view that favor a return to a certain previous state. This previous state is often the Asr al-Saadah (Age of Felicity), taking as example the life and teachings of Prophet Muhammad. And the reaction is against Westernization, modernization, secularism and nationalism.

Rare Islamist thinkers have tried to make critical analyses of the social behaviors of their fellow Muslims concerning their reactions to problems. Sociological criticism has not been common among Islamists. Said Halim Pasha was a rare critic of the mentality of the Muslims of his age. He was a statesman of aristocratic origins, a very well educated man both in the Islamic and Western meanings of the word "education" and a brilliant analyst of the contemporary problems of Ottoman Muslims with regard to the material superiority of European states.

Life of an Ottoman aristocrat

Said Halim Pasha was born "Mehmed Said" on Feb. 19, 1864, as the son of Prince Halim Pasha, the youngest son of Kavalalı Mehmet Ali Pasha (the "Muhammad Ali of Egypt"). His grandfather was a successful Ottoman commander and self-declared "hedive" of Egypt, though an illiterate man. Mehmet Ali established a dynasty that ruled Egypt and Sudan until the Egyptian Revolution in 1952 and is seen as the true founder of modern Egypt because of his strict reforms concerning the military, the economy and culture.

Mehmet Ali Pasha wanted the males of his family to acquire the utmost education they could get. Thus, his sons and grandsons became well-educated statesmen of the time. Prince Halim, for instance, attended the General Staff school in France.

Meanwhile, Prince Halim moved his family to Istanbul since he had disputes with Hedive İsmail Pasha. The Ottoman State settled the family in a yalı in Baltalimanı, Istanbul.

Said Halim was taught Arabic, Persian, English and French from special tutors. After that, he and his little brother Abbas Halim were sent to Switzerland to get a higher education. Said Halim studied political science, while Abbas Halim, who also spoke several Eastern and Western languages, worked as the Public Works Minister in the cabinet established by Said Halim Pasha in 1913.

In 1888, Said Halim returned to Istanbul and was assigned to "Şura-i Devlet" (Council of State) membership by Sultan Abdülhamid II. He also was honored with several ranks and medals, including a Mirimiran (general rank given to non-military pashas), a "Mecidi" (in the name of Sultan Abdülmecit) plaque of the second-degree, an "Osmani" (Ottoman) plaque of the second-degree and an Osmani plaque of the first-degree. Abbas Halim was also assigned to the Council of State.

Said Halim had a yalı (mansion on the Bosporus) constructed for his family, which is now among the most precious private buildings in Istanbul and Turkey and named after the grand vizier. Historians record that the Said Halim Pasha Yalı was constructed after he became Rumeli Beylerbeyi (General Governor of the Ottoman State for the European provinces).

The pasha was an intellectual statesman. He collected countless manuscripts in all three major languages of Islam, namely Arabic, Turkish and Persian. He had a library full of European books and spoke the languages too. He was said to be a good reader. History and humanities were his main areas of interest.

Said Halim was also an art collector. He gathered many Islamic works in his yalı. He was fond of music and collected musical manuscripts, too.

Eventually, Said and his brother Abbas were exiled to Egypt in spite of their innocence. There is no evidence that he had a connection with İttihat-Terakki Cemiyeti (Union and Progress Association) members while he was in Turkey. The two brothers contacted İttihat-Terakki members in Europe. They provided help to the Young Turks in both monetary and philosophical aspects.

After "Hürriyet" (freedom) was announced by Sultan Abdülhamid in 1908, Said Halim returned to Istanbul. He received his previous position in the Council of State, but this lasted just a few months. He worked as the Yeniköy mayor for a while. In December 1908, he was assigned by the Sultan as a member of the Ayan Meclisi (Assembly of Notables, a kind of senate).

Said Halim attended the İttihat-Terakki Congress held in Selanik (Thessaloniki) in 1909. Meanwhile, he wrote his first book. The Pasha always wrote in French, and his articles and books were translated into Turkish and published in "Sebilürreşad" magazine, which was owned by Eşref Edip and edited by Mehmet Akif. This was an article on fanaticism. In this article, Said Halim argues that Islam is the real freedom and illumination, that Europe's approach to Islam and the Ottomans is biased, that backwardness in the Islamic world is due to not living according to the rules of shariah and not because of Islam and shariah.

Said Halim's becoming grand vizier in the İttihat-Terakki period is interesting since the Pasha was an Islamist despite the nationalism of the İttihat-Terakki leaders. Said Halim was a critical thinker and he always criticized westernization. He sought a return to a classical understanding and performing of Islam, both in the religious and social sense. In his articles, Said Halim Pasha defines a crisis in our society, compares our situation to that of Europe, shows our backwardness and proposes an Islamic revival to cope with contemporary progress.

Said Halim Pasha left the office of Grand Vizier in 1917 because of disputes with the triumvirate of the İttihat-Terakki, namely Enver, Talat and Cemal pashas. Said Halim Pasha resigned from the office of Grand Vizier and was succeeded by Talat Pasha. He returned to writing his social and Islamic thoughts. He had his works translated and published, now under his own name.

After World War I ended, Enver, Talat and Cemal pashas escaped, and Said Halim was also offered an escape, but he preferred to stay and continue to struggle for the country in Istanbul. He tried to establish a new political party, but the occupation forces of Britain, France and Italy prevented any political resurrection in Istanbul.

Said Halim was tried three times after the war. First, the Ottoman Senate established a Commission of Investigation that questioned Said Halim Pasha for World War I. Second, he was arrested and tried by the Martial Law Court during the period of the Damat Ferit Pasha Cabinet. Third, he was interrogated by the occupation forces. The British and the French wanted Said Halim Pasha to accept responsibility for the forced emigration of Ottoman Armenians and the associated crimes. Said Halim Pasha's statement against that allegation is a piece of art.

The occupation forces imprisoned Said Halim Pasha with many other prominent Ottoman politicians and exiled them to Malta. In 1921, the Malta exiles were released by an agreement between Britain and the Ankara Cabinet of Mustafa Kemal. Said Halim and his brother were sent to Italy. Abbas Halim returned to Istanbul; however, Said Halim was not allowed by the Istanbul Cabinet to return.

Said Halim Pasha stayed in Rome, Italy, and was martyred by Arshavir Shirakian, an Ottoman Armenian and member of the Dashnaktsutyun (Armenian Revolutionary Federation), on Dec. 6, 1921. His corpse was taken to Istanbul and buried in the Sultan Mahmut Tomb.