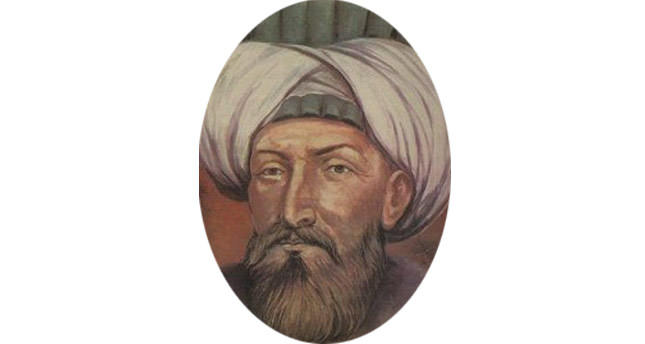 Nefi (1572-1635) is one of the most prominent Ottoman poets and satirists, who was sent to death because of his insulting satirical poems aimed at certain bureaucrats

Much has been said in the Turkish language about poets who have committed suicide. The fact that a growing number of poets have taken their lives over the decades certainly plays a part in this. Even though the suicide of writers is more familiar in the West, there is a correlation between writing and suicide in Turkey as well, especially starting in the 1980s. Thankfully, suicide has not become contagious among the writers of Turkey as it has in the West. But it also does not go unnoticed that one or more poets or writers of each generation commits suicide.

On poets that have been killed, on the other hand, a state of overall silence prevails. While the poets' poverty, opposition and imprisonment are almost a cliche, texts mentioning their murder are few in number. But calling the murder of writers a rare phenomenon would not be accurate. According to Mustafa Ceylan's findings, during the course of 700 years between the 14th century and the present day, 137 of our poets have been killed in diverse ways for various reasons. And of those, only 16 died in battle. The rest have either been killed by bandits or executed by the state.

Nefi occupies a very special position among poets that have been executed. He did not only indirectly reflect in his works and life the tumult of the 16th and 17th century Ottoman Empire, or the social state of affairs moving from unipolar to multipolar, but his poetry is also recognized as the pinnacle of Ottoman and Persian poetry that preceded him.

Nefi's disposition and poetry, has become a model, an archetype for modern Turkish poets starting from the Tanzimat period. Put concisely, the words: "He is the great-grandfather of all our poets," uttered by Cemil Meriç for Namık Kemal, would be more fitting for Nefi.

The actual name of the poet, who signed his poems with the pseudonym Nefi, was Ömer. According to literary historians, he was born in 1572 during the reign of Selim II in what is now the Pasinler district of Erzurum in eastern Turkey. His father was called Mehmet Bey, his grandfather was Mirza Ali Pasha and his family had roots Şirvan.

Having a pasha for a grandfather and a bureaucrat for a father, Nefi belonged to an elite family. Putting his personal misfortunes aside, his family origins played a major role in Nefi becoming a poet and his approach to the court. Mehmet Bey was a father who read and wrote poems, and it can be said that he passed poetry on to his son as an inheritance.

Although born in a rural area, Nefi received a decent madrasa education owing to his bureaucrat family and had the opportunity to learn advanced Arabic and Persian. He started composing poems during his years at school.

The first pseudonym to be used by Nefi was "Darri," meaning, "belonging to damage, related to damage." This detail is of substantial importance, because it reveals an aspect of Nefi's character - his quarrelsome, unsatisfied and insolent side. Character is always the last to depart and upon the advice from the great historian and critic Mustafa Ali of Gelibolu, the poet changed his pseudonym to "Nefi," meaning "belonging to benefit, related to benefit," but since pseudonyms do not alter characters, the poetry-damage link accompanied him until the very last minute of his life.

A traumatic relationship between father and son

His father had a major influence on Nefi's life. Mehmet Bey, while Nefi had not yet grown up and made his way to Istanbul, had gone to Crimea to undertake the duty of Courtier to the Khan. As Nefi lived in poverty with his family, he would later on avenge himself on his father, who led a prosperous life, with heavily judgmental verses. In one of the most famous of his satires collected in "Siham-ı Kaza," (Arrows of Misfortune) Nefi goes so far as to call his father "dark trouble."

This tragic and traumatic relationship between father and son partially sheds light on the son's profound anger. It is important to mention that the late 16th and early 17th century when Nefi lived was a period of turmoil both for the Ottoman Empire and European empires, and that major economic and political transformations that deeply affected ordinary people and the elite alike took place during this period. The gap that caused conflict between generations started to first widen at this particular time. Among the writers of the 17th century, those who failed to curry favor with their fathers like Evliya Çelebi or those who inflicted judgment on them like Nefi are not small in number. Another aspect of this is the falling out between the state and the intellectuals that disrupted the usual harmony.

Istanbul: A tale of success

A rather discontented man himself, for he thought that he did not receive from the state what he deserved for his genius, Mustafa Ali made the acquaintance of the young Nefi while on duty in Anatolia and, noticing his talent, brought him to Istanbul. Nefi would spend the period of the reigns of Ahmed I, Mustafa I, Osman II and Murad IV in Istanbul and became part of the most anarchic period of the capital contributing in particular via his satires and execution.

Among the sultans he had made the acquaintance of, Nefi was able to approach Murad IV most easily. Nefi's actual job, although he also carried out secondary duties within the state administration starting from the time of Ahmed I, was of course, poetry. Many kasides (a type of praise poem) he composed for sultans, especially Murad IV, and for viziers are considered among the finest of his poems. The pleasure, sincerity and faith in his poetry dedicated to Murad IV are clear even to an ordinary reader.

It is an interesting and informative fact that Nefi did not write anything for Mustafa I. This may be evidence that the great poet did not write merely for the money. Nefi truly was a man who did not restrain his thoughts, who acted as he willed, a man of free spirit who lived in an age of repression.

Both the happiest years of Nefi's life and the day when he would meet his bitter end occurred during the time of Murad IV. There are many myths surrounding the sultan and the poet. Even though some of these are fabrications and exaggerations, some are real. His proximity to the sultan was a cause of happiness for Nefi, but it also resulted in an increase in the number of those envious of him. Bureaucrats in particular kept circulating rumors about the poet. They frequently said that he had no talent, that he was arrogant and did not respect the sultan.

The bitter end: The poet perishes at the hands of the bureaucrat

It is known that Murad IV, up to a certain point, did not give credit to the rumors about Nefi, but after some time, acknowledging the authority of chief bureaucrats, he withdrew, leaving Nefi alone to his fate. Making use of his proximity to the sultan as well, Nefi, while addressing his kasides to the bureaucrats he favored, valued and believed to be of use to the state and the public as well as to the sultan, did not abstain at all from directing his satires toward poets, scholars and bureaucrats for whom he did not have a liking.

It is ironic that he called the book in which he collected these "Siham-ı Kaza" (Arrows of Misfortune). The poet who regarded satirical poems as arrows of misfortune became the victim of the very same arrows himself. Out of the bureaucrats he had satirized, Bayram Pasha asked the sultan for him, and Murat IV consigned the poet into the hands of Bayram Pasha.

On Jan. 27, 1635 the great poet Nefi's saintly body, after he was strangled with a noose by Bayram Pasha's executioners, was thrown into the sea.

As an irony of history, today Nefi is remembered for the high level he achieved through his kasides and satires, and Bayram Pasha as the bureaucrat who had him strangled. In other words, the poet has continued for centuries to take revenge for the injustice.