Müzeyyen Senar: ‘Diva of the Republic’ 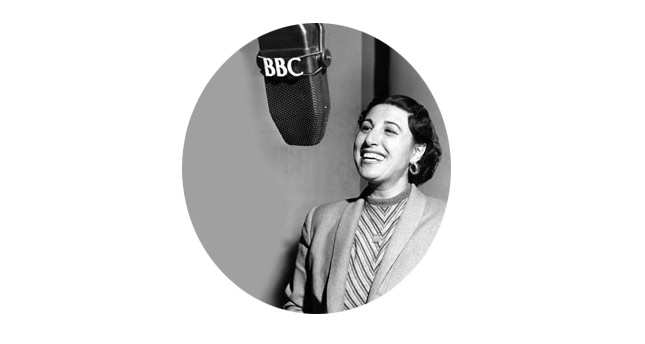 Müzeyen Senar died on Feb. 8 at 97. She was one of the most powerful voices in classical Turkish music in the 20th century

The cultural transformation of Turkey between the Ottoman and Republican eras was very severe. Imperatives and prohibitions of the Republic were strict and many people were annoyed of being forced to change even their artistic tastes.

Beginning with 1925, the Kemalist government enacted revolutionary acts concerning nearly every aspect of people's lives including clothing, timing, measurements, the alphabet and others. The government also wanted to change musical tastes, and in 1934, the 600-year-old classical Ottoman repertoire was omitted from official Turkish radio broadcast programing.

On Nov. 1, 1934, Mustafa Kemal Atatürk spoke at the opening ceremony of the Turkish Grand National Assembly as the president of the Republic: "The music today we are obliged to listen to is not of a worthy degree. We should be precisely aware of that. It is a must to collect the national high tunes and words that express the sensitive thoughts and feelings together and process these in line with general musical rules as soon as possible. Only by the help of such a way Turkish national music can rise and take a place in the universal music circle."

The above speech was the death warrant of classical Ottoman music. The Ministry of Interior Affairs prohibited Ottoman classical music and radio did not air any Ottoman music performances for two years.

It's a tragicomic fact that Atatürk himself was a lover of classical Ottoman music and he always kept Ottoman music performers close to him. He liked to listen to prominent singers, men and women, young and old, in person at his presidential court. Among these singers was a female child, too. Müzeyyen Senar, who died on Feb. 8 at age 97, used to sing at Atatürk's court when she was just 14.

Müzeyyen Senar was born on July 15, 1918 in a village of Bursa, a western province in the Marmara region of Turkey. Her father, whose nickname was "Cerrah Mehmet" (Mehmet the Surgeon) was running a coffee-house in the village. Her mother Zehra was known for reading the Quran to female audiences in the village thanks to her brilliant voice. Müzeyyen had one sister and one brother, both older.

Müzeyyen's parents were not a happy couple. They always quarreled, and Zehra complained of Mehmet's unfaithfulness. This situation might have something to do with Müzeyyen Senar marriages and divorces in later years. Her inclination for older men might have arisen from the fact that she lacked a father to look after her in early childhood.

Müzeyyen began to accompany her mother in her reading seassions of the Quran and "Mevlid-i Şerif" - Süleyman Çelebi's classical musical poem written in praise of the birth of the Prophet Muhammad. Her performance shocked the religious women of the village due to her mature voice that had a strong volume in spite of her age.

After a while, Müzeyyen's mother left her husband and moved to Istanbul. Müzeyyen stayed with her father for three years before she moved to her mother's at age 12. She continued her education in Istanbul where a music teacher at her school made her attend the famous Üsküdar Musiki Cemiyeti - the Classical Music Association in Üsküdar.

Emerging of a young diva

She began learning music from such prominent musicians of the day as Kemal Niyazi Seyhun Bey, a famous kemençe (fiddle) virtuoso, and Hayriye Hanım, who was an "udi" - a virtuoso ud player.

Everybody who listened to Müzeyyen's performances became aware of her vigorous voice. She performed tunes together with and learned from nearly every outstanding classical music master including Sadettin Kaynak, Selahattin Pınar, Lemi Atlı and Mustafa Nafiz Irmak. Despite her being a teenager, she was now among the elite musicians of traditional classical music of Istanbul.

In 1932, she started singing on Istanbul radio. Senar's performances on the radio attracted much attention. One of her listeners was a music hall owner, İbrahim Dervişzade, who ran the "10. Yıl Belvü Gazinosu" (10th Year Bellevue Music Hall). Dervişzade invited the young singer to perform at his music hall. She accepted and sang on stage in the autumn of 1933.

She had a star light. She always acted like a star ever since her teenage years. She asked to perform as a single singer not in a group of singers and Dervişzade accepted her demand. Therefore, she became the first "assolist" - the most prominent soloist of the night at modern music halls - of Turkish popular music history.

Singing for the president

Her talent was heard throughout the country and President Mustafa Kemal Atatürk, a lover of the Ottoman classical music even though he prohibited it for two years in the 1930s, sent her a special invitation to sing at his personal residence. She sang for Atatürk many times.

She was now at the peak of her career and would keep this place for decades. She was the leading singer of the popularization of the renamed Turkish classical music, which was traditionally Ottoman court music. She kept singing for Istanbul Radio every Thursday until 1941. For a while she also sang for Ankara Radio upon the invitation of Mesut Cemil, a grand virtuoso and composer of Turkish classical music.

She kept performing in various music halls in big cities until 1983. She also gave numerous public concerts in Turkey and abroad. Until the 1980s she was among the best-known voices in the country. It would be hard in those years to believe that there existed anyone who had never heard her singing.

She is best known for such songs as "Ne Olursun Güzelim Sevsen Beni" (Oh Please Love Me Dear), "Dalgalandım da Duruldum" (I was Blowing in the Past, Now I've Settled Down), "Benzemez Kimse Sana" (No One Like You), "Akşam Oldu Hüzünlendim Ben Yine" (It's Evening and Again I'm Sorrowful), "Ben Seni Unutmak için Sevmedim" (I Do Not Love Forgetting You), "Feraye," "Ormancı" (Forrester) and many others.

She dubbed Umm Kulthum's songs from Arabic films that were translated and shown in Turkish movie theaters. She acted in some movies, too, including "Kerem ile Aslı" (Kerem and Aslı), "Ana Yüreği" (A Mother's Heart) and "Analar Ölmez" (Mothers Never Die), the latter based on an autobiographical story.

She was known for her very powerful, deep and loud voice. Her manner of singing depended on the emphasis of each syllable or note precisely. She can be compared to Ella Fitzgerald and Umm Kulthum, although she sang less flirty but more gravely than both. When you finish listening to any of her songs, you will feel somehow completed. She is generally serious, but also sang in an enthusiastic manner. Her voice was good to fill the air with vigor. People feel moved to accompany her singing. She sings friendly and frankly.

She was honored on many occasions. In 1998 she was officially granted the title of State Artist, which she refused to accept. The same year, a special record was made by younger singers who loved her, including Ajda Pekkan, Sezen Aksu, Nilüfer and others, on which the younger divas sang her best songs. Sezen Aksu held a special night to praise the 73rd anniversary of her art in 2004. Bülent Ersoy, an actual modern diva of Turkish classical music, also held a photograph exhibition in honor of Müzeyyen Senar, namely "Müzeyyen Senar: Cumhuriyet'in Divası" (The Diva of the Republic) in 2009.

Müzeyyen Senar died on Feb. 8, 2015 at 97. Many singers, actors and actresses along with her lovers attended at her funeral at Bebek Mosque and Zincirlikuyu Cemetery on Feb. 10.