Ayhan Işık: A king without a crown 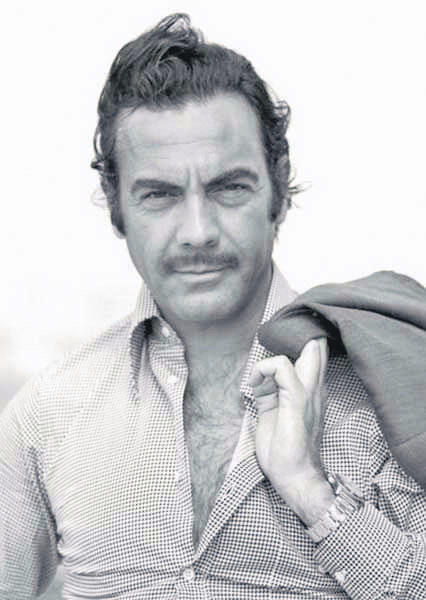 Until 20 years ago, the success of a movie generally depended on the performance of the leading actor or actress. Even now, the majority of films are watched or not depending on who the actors and actresses are. Because of this, film producers have had to ransack every corner of society in order to find newer and younger talents with which to seize the attention of audiences, and from which to keep profiting from the films they make.

Turkish cinema was not initially a profit-based creative industry. Films had no real commercial meaning until the 1950s, which was the decade when liberal economic tendencies began taking root in Turkey. First, real profit-seeking producers emerged and private businessmen began looking around for new faces.

It is an interesting point that the leading actors and actresses, or the "stars," and the charismatic directors promoted each other after the commercially-minded producers brought the two groups together. For instance, many famous directors such as Metin Erksan and Ömer Lütfi Akad were not the giants we know them as before they made films with such actors and actresses as Ayhan Işık, Gülistan Güzey, Sadri Alışık and Sezer Sezin.

Ayhan Işık shot to fame in a relatively short time largely due to his handsome looks, charismatic posture and gentlemanly gestures. He was polite but passionate, serious but amusing and maybe the most important thing is that he resembled Hollywood stars such as Clark Gable, although he never imitated anyone in his films.

Işık was so charismatic that he received offers from Hollywood producers at the end of the 1950s, offers that he refused, since he was asked to play supporting roles. Thus, his presence in the U.S. did not last long and he came back to his homeland after acting in some average horror films.

Ayhan Işık was born Ayhan Işıyan on May 5, 1929 in the Konak district of İzmir. He was the youngest of six children. His parents were originally from Selanik, now known as Thessaloniki. He lost his father when he was just six years old. In his posthumously published memoirs, Işık described his father as follows: "The most significant thing I remember about him is the way he smelled. I loved his hugging me before I went to bed. Once he took me fishing and carried me on his back on our way home since I was exhausted. That is all I can remember about him. I have always tried to force myself to remember more of him; unfortunately I couldn't."

He attended school in İzmir and Istanbul, where they moved after Işık's elder brother attended university. He liked going to school. He once noted that his teachers in high school included such significant writers of Turkish literature as Mahir İz, Salah Birsel and Rıfat Ilgaz. He was a sociable boy and made many friends in Istanbul. Some of his friends from school became important individuals as well.

After high school, Işık attended the painting department of the State Fine Arts Academy. He was a good painter and he joined a group of young painters who called themselves "The Ten," since they were then fellow painters. Their goal was to create a synthesis of Eastern and Western values in the medium of painting while one of their secondary intentions was to make close contact with the art of the common man, a goal he would achieve later as an actor.

Işık also worked as a graphic designer for the press during his education. He continued studying painting at school and working in the press until 1952, when he joined a modeling contest held by a tabloid paper.

Işık took first place in the contest, and his film career began. He first played the leading role in a historical film called "Yavuz Sultan Selim ve Yeniçeri Hasan" (Selim I and Janissary Hasan) directed by Orhan Murat Arıburnu. After that, Işık met Ömer Lütfi Akad and the two made a film series called "İngiliz Kemal" (English Kemal), which was an action thriller.

In 1952, Akad directed a very significant film called "Kanun Namına" (In the Name of the Law), in which Işık played the leading role mutually with Gülistan Güzey, the femme fatale of Turkish cinema in the 1950s. The film was an extraordinary drama about ordinary people, which brought the film great success. People loved the film, but they loved the young leading actor, Ayhan Işık, more.

However, Ayhan Işık was not satisfied with his lot and visited many countries including Italy and Iran in order to find new possibilities and contacts to market Turkish films. Though paid at the highest level in Turkey, Işık's average fee for a hit film was less than one-10th of the fee paid to a leading actor in the U.S.

The film "Acı Hayat" (Bitter Life), directed by Metin Erksan, was a second triumph for Işık. This was again a dramatic and bloody love story, which would become a trademark for Işık's movies.

Star-cinema loves actor-actress pairings. Though Işık worked with most of the best leading actresses of his time, his films with Belgin Doruk occupy a special place. People adored both as if they were a real and perfect couple. The "Küçükhanım" (Mademoiselle) film series was the outcome of this pairing and all were box-office hits. The pair made 11 films in a row.

Akad and some film critics said that Işık's best role was in the "Küçükhanım" series, which were romantic comedy films.

Işık's films with Türkan Şoray provided a different kind of pairing. The two worked together in "Acı Hayat," 1962 and "Otobüs Yolcuları" (Bus Passengers), 1961. Neither had a happy ending and both were realistic. "Otobüs Yolcuları" was a political thriller while "Acı Hayat" was a social drama.

Although some directors and critics used to criticize Işık's acting, cinemagoers loved him very much. I think any directors' criticism is biased, since they reflect the point of view of a connoisseur, which is not necessarily the only way to assess the quality of an actor.
Işık died in 1979 at the age of 50, which shocked his family, friends and fans. He was known for his disciplined and calm living free from any scandals. He lived a kingly life as much as the social and economic conditions of the filmmaking business allowed him to, and died as "the king without a crown," as the press used to call him.
Last Update: Apr 11, 2015 1:58 am
RELATED TOPICS