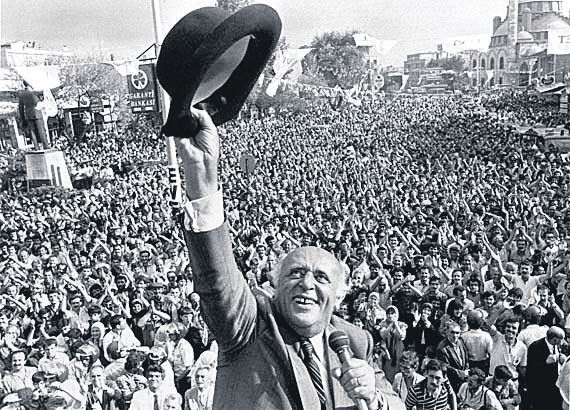 One of the most influential figures in Turkish political history, Süleyman Demirel, was the prime minister for more than 10 years in seven governments. He died on June 17 at the age of 90

The first multi-party democracy experiment in Turkey, which began with Democrat Party (DP) majority rule in 1950, did not last long. The Turkish people woke up to a coup declaration by the National Unity Committee (MBK) on the radio after 10 years accustomed to listening to the elected prime minister's speeches. The "May 14 Democratic Revolution" of 1950 was cut by the May 27, 1960 military coup.

The years following the May 27 coup constituted a period of clearance and restoration for the regime. The MBK sought a new order, they had a new constitution written and voted. The 1961 constitution aimed to avoid a majority rule of any party with anti-secular tendencies.

İsmet İnönü, the traditional leader of the Republican People's Party (CHP), utilized the conditions after the coup and founded the Cabinet by winning the extraordinary elections in 1961. Nonetheless, restoration was ended. The center-right with religious and nationalist tendencies was trying to regain its power after the DP was annulled and Prime Minister Adnan Menderes and friends were executed.

The Justice Party (AP) was founded to own the legacy of the DP. However, the AP could not win the 1961 elections because they did not have a leader as charismatic as Menderes or İnönü. Charisma returned to the AP with a young engineer's entrance to the leadership in the 1964 congress of the party. Süleyman Demirel, then a successful civil engineer and former bureaucrat at age 40, was elected chairman of the AP. Thus, the democratic race gained a new kind of acceleration. After Demirel's triumph in the 1965 elections, İnönü felt obliged to announce that the CHP was "on the left to the center," which position the CHP has kept ever since.

Demirel was born on Nov. 1, 1924 in the village of İslamköy in Isparta province. This would cause his followers called him "Shepherd Sülo" after he became the first prime minister with such a rural background. His father's name was Hacı Yahya and his mother's name was Hacı Ümmühan.

After being schooled in the elementary school in his village, Demirel attended secondary and high schools i Isparta and Afyon. After high school he attended the Civil Engineering department of Istanbul Technical University (İTÜ) where he graduated in 1949.

Turkey needed all kinds of constructions in the 1940s. Because of that, the government gave great importance to having qualified engineers, so they sent successful graduates abroad to learn the business of construction and apply it at home. Demirel was also among the state-funded students who studied abroad after college. He visited the United States twice from 1949 to 1950 and 1954 to 1955 in order to learn more about irrigation, electric technologies and dam construction. 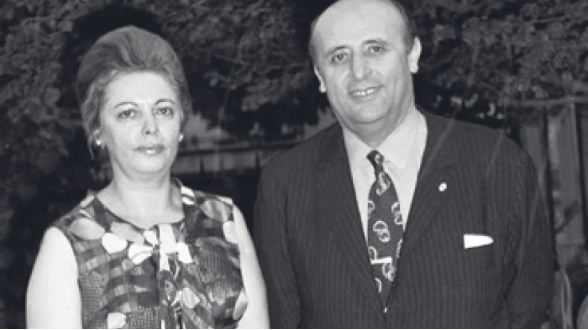 Süleyman Demirel was married to Nazmiye Demirel for 65 years until her death in 2013.

During the construction of the Seyhan Dam, Demirel worked as a project engineer and in 1954 was appointed head of the Department of Dams. As of 1955, he served as general director of the State Hydraulic Works (DSİ). In this capacity, Demirel was to supervise the construction of a multitude of dams, power plants and irrigation facilities.

Demirel joined the army to serve his military duty after the May 27 coup in 1960.

From bureaucracy to politics

After military service, Demirel entered the newly found AP and was elected to the board of executives of the party. His aim was to become the chairman of the party. His resume was brilliant and he had the necessary charisma for party leadership.

Nevertheless, there were serious adversaries within the party against Demirel, who produced a copy of a document showing that he was a member of the Lodge of the Freemasons in Ankara. Being or not being a freemason has always been a matter of controversy in Turkish politics. Any candidate can lose popular support if he or she is proved or even claimed to be a member of such an organization. Because of that reason, Demirel produced another document signed by the freemasons certifying that he was not a member of the lodge. It is said that the freemasons in Turkey had harsh disputes because of the second document, and the separation of two lodges was due to the certification given to Demirel during the 1964 AP congress.

Freemason or not, Demirel was elected chairman of the AP in 1964 and the party won 53 percent of the vote in the 1965 general elections, gaining a majority of seats in Parliament, which was not the original scenario planned by the MBK, the guards of the secular regime. Hence, Demirel would find little ease and great difficulties in ruling until the March 12, 1971 coup.

Under Demirel's rule, Turkey showed fast economic growth. The yearly inflation rate was on average 5 percent while growth was about 7 percent during his term. There was a dark side of the moon, too. Turkey's industrialization, which Demirel relied on, was not as good as required, and many have argued that it was only a pseudo-industrialization.

It is a fact that the industrialization initiative started during the first and second Demirel Cabinets' rule depended on import substitution. In short, Turkey could not produce industrial machines, but it had the capacity to produce such end-user items like pasta and tomato paste, and could make the mounting of lamps or automobiles. The foundation-companies - the Turkish equivalent of corporations in the United States - founded with Demirel's political support have always been a matter of dispute since they did not constitute a real national industry, but an import substitution based pseudo-industrialization.

Demirel faced too many crises during his political career, which lasted from the early 1960s to 2000, when he left office as president. However, the crises with the CHP, MBK and the seniors and young members of the AP in the 1960s might have seemed a piece of cake to Demirel when he was first overthrown by the military in 1971. Moreover, this would not be the last military coup he suffered. The Sept. 12, 1980 coup would not only overthrow his rule, but also prohibit him from politics as well until the 1986 referendum.

Demirel founded 7 Cabinets. Some of these were short-lived such as the 32nd Turkish Republic Council of Ministers that endured just 20 days. However, some lived for years like the 30th Cabinet that filled the four year legal period of rule.

In addition, Demirel confronted two military coups as the prime minister, first in 1971 and second in 1980.

He suffered separation in his party such as the "41s," which was the separation of 41 members of Parliament from the AP after they gave a memorandum to Demirel, but he said: "I shall not act by such memorandums." 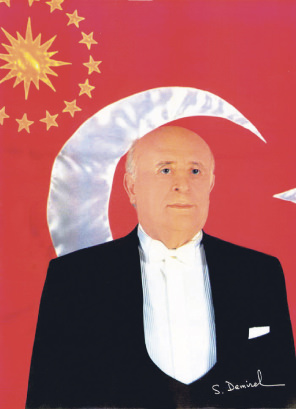 After such a tumultuous political career, including fast economic development in spite of political tension of the 1960s, parliamentary separations and big economic crises of the 70s, arrest and prohibition in the 1980s and becoming prime minister for the seventh time after the 1991 elections, Demirel was elected president by Parliament after the death of his predecessor, Turgut Özal, in 1993.
Demirel left his place to Abdullah Gül in 2000. Since then he acted like an old wise man of politics. His health was not good, but his mental situation never failed until his death on June 17, 2015. His brother Şevket Demirel had been preparing a special memorial site for his body in their hometown of İslamköy. Demirel's wife Nazmiye is buried there as well.
Last Update: Jun 19, 2015 8:32 pm
RELATED TOPICS