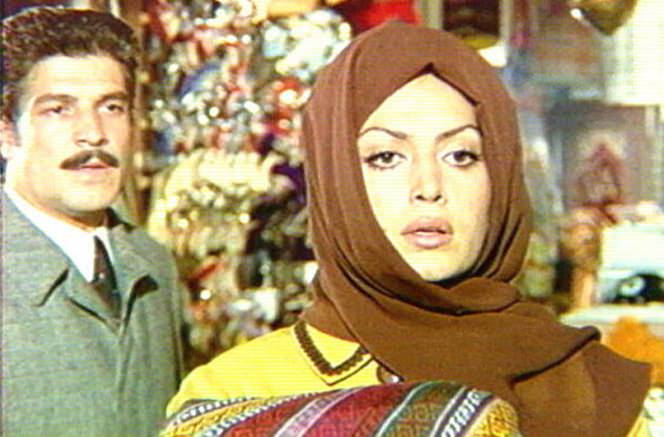 Turkish cinema has always had a religious element. Many Turkish movies accommodate modern facts with ethical or Islamic themes. However, pure Islamic cinema is not a common notion even for religious filmmakers in Turkey. Some people used to call any movies written, directed or produced by right-wing or Islamist filmmakers "white cinema," "national cinema" or "Islamic/Islamist cinema," while mainly religious filmmakers deny these labels. Generally, they call themselves filmmakers.

In the early 1970s, a new movement called "national cinema" was born in Turkey. Contributors to the movement varied from ultra-modernist directors like Metin Erksan to conservatives like Yücel Çakmaklı. Besides, the nationalist-Islamist youth National Turkish Students Union (MTTB) tried to establish a filmmaking experience based on their point of view. Some researchers believe that the time period from the early 1970s to the late 1980s constituted the classical age of the national cinema movement.

On the other hand, the same researchers suggest that 1989 to 1995 was the summit of the movement, which they called the "Islamist cinema period." Thus, the time since 1995 is seen as a period of stagnancy or conservatism.

We will give short biographies of four major Islamist directors to provide an opportunity for readers to start to see Turkish films with Islamic themes or other ethical grounds.

A right-wing artist who made typical Yeşilçam dramas with heavy religious themes, Çakmaklı was born in 1937 in Bolvadin, Afyon. He wrote a cinema column in the Yeni Istanbul newspaper for a while after graduating from Istanbul University's School of Journalism in 1959, and he completed military duty in 1963. He also worked as an assistant director for famous directors such as Osman Seden and Orhan Aksoy, assisting them in about 50 films. He first directed "Birleşen Yollar" (Crossing Roads), which was an adaption of Şule Yüksel Şenler's novel "Huzur Sokağı" (Peace Street). Çakmaklı was always good at filming long or short fiction. He made many movies, TV films and series, including "Minyeli Abdullah" (Abdullah of Minye), a novel by Hekimoğlu İsmail; "Küçük Ağa," the famous novel by Tarık Buğra about the Turkish War of Independence; and "Çok Sesli Bir Ölüm" (A Very Loud Death), a novella by Rasim Özdenören. Çakmaklı also filmed some documentaries, including "Ka'be Yolları" (The Route to the Kaaba). He worked with Turkish Radio and Television (TRT) from 1975 to 1990, which yielded dozens of short series and TV films. To me, Çakmaklı is a master of filming the tragedy of urban Muslims. He loved to focus on religious themes such as remorse, repentance, forgiveness and redemption.

Dİrİklİk made a few films not just for art's sake, but also to use cinema to provide guidance for the masses. He was born in 1951 in Istanbul. He was the chairman of the MTTB Cinema Club while a medical student. Heorganized MTTB events and publications for the sake of a possible Islamic cinema. In 1975 he provided an example for his fellow MTTB friends' theoretical cinema discussions in "Gençlik Köprüsü" (Bridge of Youth). The film was a student film, and indeed, Diriklik was a medical student. He graduated from the school of medicine and became a doctor, visited Bremen, Germany to conduct research in the field of anesthesia and did not deal with cinema until 1985. He was invited by TRT to make a TV series based on a novella by the famous writer of psychological fiction, Peyami Safa's "Dokuzuncu Hariciye Koğuşu" (Ninth General Surgery Ward), followed by a documentary drama about the life of Mehmet Akif Ersoy, the poet of the Turkish national anthem. The second half of the 1980s was a period ofserial production for Diriklik. He wrote scripts for and directed several TV series and video films, including "Köprü" (Bridge) in 1986, "Halının Türküsü" (The Ballade of the Carpet) in 1988, "İnsanlar Yaşadıkça" (As People Live) in 1989 and "Çiçekler Açmak İster" (Flowers Want to Blossom) in 1990.

Diriklik continued his cinema career with educational films about daily Islamic life. In the early 1990s he made two films in in this vein, "Müslümanın 24 Saati" (24 Hours of a Muslim) and "Müslümanın 365 Günü" (365 Days of a Muslim). In the following years, Diriklik also made some TV series for a private channel. Finally, he made a series of religious and folkloric documentary dramas for television in 1995. Although he received the previous experience of Çakmaklı's type of drama, Diriklik's attitude in cinema had always been ideological to some extent. He liked to use facts to teach people Islamic traditions. I think Diriklik left filmmaking because he could not resistthe commercial orientations of the industry. Diriklik had never seen cinema as entertainment.

Mesut Uçakan is a pivotal person in Islamic cinema in Turkey. His films have attracted great attention and been discussed by nearly every film critic. He wrote about cinema in "Türk Sinemasında İdeoloji" (Ideology in the Turkish Cinema), and his interviews have been collected by Necip Tosun in a separate volume.

Uçakan was born in 1953 in Istanbul. He graduated from Istanbul University's School of Cinema and Television. He was in the filmmaking business until the second half of the 1970s.

His art can be divided into three periods. The first had existentialist movies with Islamic themes, which he made from the late 1970s until 1990. The second was of political films in line with the Islamist movement and the third was romantic films with universal themes.

"Reis Bey" (The Judge) from 1988, a film based on a story by Necip Fazıl, is his best from the first period. The film discusses crime, punishment and judging. It can be seen as a Turkish and Islamic adaptation of Dostoyevsky's "Crime and Punishment." Many people consider "Reis Bey" to be his masterpiece. The 1987 TRT series "Kavanozdaki Adam" (The Man in the Jar) is a very good example of Islamic existentialism in cinema.

Uçakan moved to political dramas in the first half of the 1990s. He made two films on the headscarf prohibition, which were widely discussed in intellectual circles and brought great fame to the director. Uçakan directed a film about an executed Islamic scholar, İskilipli Atıf Hoca, which severely criticized the Kemalist regime. Later he made another film that criticized the harsh political conditions in Turkey and the Islamic world. Uçakan kept silent for 10 years before making two films in 2005 and 2006, which can be seen as the director's attempt to overcome ideological barriers. Uçakan seems to have ended his directing career as he has only made one TV movie in the last 10 years.

İsmail Güneş, 1961: Irony as a vehicle of criticism

The youngest of the Islamist directors, İsmail Güneş, was born in 1961 in Samsun. Though he graduated from Istanbul University's Faculty of Arts, he was more interested in filmmaking. He assisted the famous director Natuk Baytan beginning in 1976. He made a short film in 1977 that brought him his first prize in 1982. He worked as a photographer and journalist for a few years before he made his first feature film, "Gündoğmadan" (Before Sunrise), in 1986, which is a road story focusing on the loneliness of individuals in a dark world. Roads, darkness and loneliness beside cruelty, insensitivity and the imbalance between the powerful and the weak are the main themes of his films.

In 1991, Güneş made a political film, "Çizme" (Boots), which tells an ironic story about religious people in a rural town in Rize province and the Kemalist governor called "Çizme" since he is very fond of his high, black boots. Güneş uses many symbols in his movies systematically. In the film, two people wear black boots - one is the governor and the other is the bandit in the town. This may imply that any unfair government can be seen as a bandit, or that people can begin feeding expectations from bandits if the government does not provide them their expectations.

Güneş made various TV films before he directed "İmam" in 2005, which was another rural story about the loneliness of the individual during a clash between modernist depravity and traditional superstitions. The imam is a well-educated, sincerely religious man who fled from the urban crowd to a small Anatolian village. The film is both amusing and educating.

Irony and humor are favorites of Güneş. He has been awarded various prizes, including Best Film at the Montreal Film Festival in 2012 for "Ateşin Düştüğü Yer" (Where the Fire Burns), which is a delicate story about a poor father who kills his daughter for the sake of rural traditions.