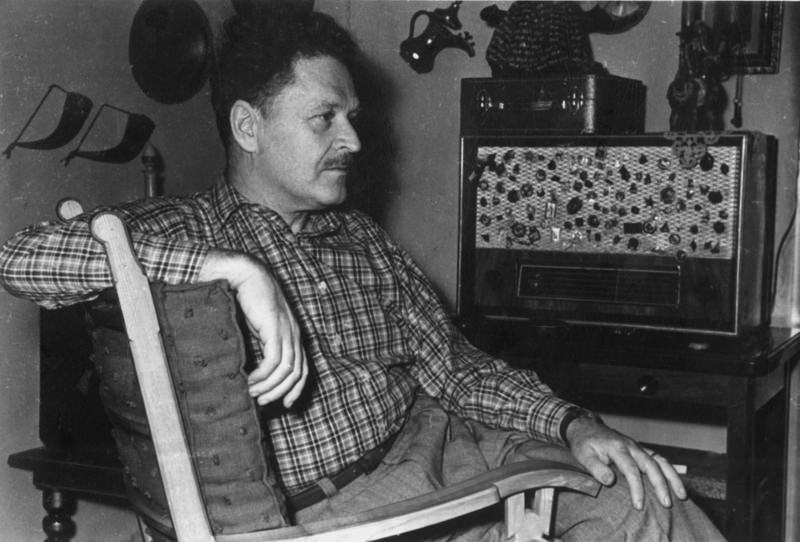 As one of the most influential poets in Turkish history, Nazım Hikmet had a hard life in exile for political reasons, which is reflected on his poems as homesickness

Two of the major ideologies in Turkey, namely Islamism and socialism, were expressed in poetry rather than typical party rhetoric until the 1990s. Some people like to call this non-prosaic expression of ideologies as "birds' language." Birds' language is a special ciphered speech generally used by children in order to communicate without being controlled by their parents. It's meaningful that poetry has become a birds' language for Islamists and socialists in Turkey since the founding of the Republic always approached their ideologies with great suspicion. Thus, it wouldn't be an exaggeration if we said that poetry has been the birds' language for the usual ideological suspects in Turkey against the parental ideology of Kemalism.

The popularity of leftism or socialism owes much to a single poet's work: Nazım Hikmet. His poetry worked as a tool of propaganda for the left in general and the illegal Turkish Communist Party, in particular, for decades. Until the socialist and communist left was allowed to enter the legal political field, Hikmet's romantic and epic lines used to convey the ciphered message of the left in Turkey.

Hikmet was born on Nov. 20, 1901, in Salonica and named "Mehmed Nazım" after his paternal grandfather Nazım Pasha, who worked as a governor for significant provinces like Diyarbakır, Halep, Konya, Sivas and Salonica and was also a poet. Mehmed Nazım's father Hikmet was a public servant in the Ministry of Foreign Affairs, and his mother Celile was an Ottoman lady raised with a Western education. She spoke French, played the piano and was also good at painting.

His parents decided to change his birth date, perhaps, to avoid his being the youngest in his class, and so his birth date was changed to Jan. 15, 1902, which is still considered the official birth date of the poet.

Hikmet was first schooled in a French elementary school before he attended Taş Mektep - one of the sample elementary schools applying the contemporary educational program of that day. After graduating from Taş Mektep, he attended Galatasaray, one of the prominent state colleges with a French education, though his family couldn't pay the school fee after a while, and he moved to another high school, Nişantaşı Sultani.

Hikmet began writing poetry at age 11. His first poems were rhetorical nationalist poems in classical folkloric meters and rhymes. At age 14, he wrote a poem praising the Turkish Navy, which was popular with Cemal Pasha, the Navy Minister. Cemal Pasha helped little Nazım to gain admittance to Heybeliada Navy School, from where he graduated in 1919.

Unfortunately, Hikmet suffered from a serious illness, pleurisy, which prevented him from becoming a navy officer. He was fired from the navy on May 17, 1921. Some sources tell us that Hikmet was fired for health reasons, while some claim that this was due to his extreme political beliefs. Whatever the situation was, Hikmet's dismissal from the navy would completely change his fate as an individual.

Ankara, Moscow and beyond

In 1920, Hikmet and his brother-like schoolmate Vala Nurettin were in Bolu and Ankara, where they supported the Turkish National Assembly's war on the Greek occupation in western Anatolia. The two moved to Batumi and Moscow to attend the Eastern Workers' Communist University where Nazım studied sociology and economics.

Meanwhile, Nazım had already become a known young poet in İstanbul. He won a special contest among young poets held by the Alemdar newspaper in 1920. In 1920 and 1921, he wrote special poems to support the War of Independence, with 10,000 copies being published. In 1924, he published his first poetry volume in Moscow.

In October 1924, Nazım returned to Turkey after graduating from the Communist University in Moscow. He began to work for the Aydınlık newspaper. He was writing more modernist and futuristic poems at that time, which were published in periodicals, such as Yeni Hayat and Aydınlık. These marked his second period in poetry. In the initial period, he wrote more classical and children-oriented poems in a nationalist and patriotic fervor. Now he seemed more universal and humanist, but even more abstract and imagist with slight communist implications in his views.

Hikmet was first investigated and charged in 1925 by the Court of Independence (which was a cruel court during single-party rule working to suppress the opposition) for the communist ideas expressed in his poems. The court sentenced him to 15 years in prison. Upon the court decision, Hikmet fled the country and went to the Soviet Union once more. The USSR was like a second homeland for him now.

In October 1926, a general amnesty pardoned those who had been convicted, including Hikmet. Thus, he asked for a passport to return home, but Turkey refused him. In 1928, he tried to cross the border illegally but was caught. He was kept in a prison in Hopa, a sub province of Rize in the Black Sea region, for several months. Finally, in 1929 he was released without charge.

Hikmet would be investigated, charged and sentenced a few more times. In 1938, he was sentenced to life in the Navy Case and spent 12 years in prison until a general amnesty was enacted by Democrat Party rule in 1950. He was also investigated in 1951 for not doing his military duty. For that reason, he escaped to Romania to eventually move to the USSR. He was denaturalized by the government soon after his escape. Hikmet would live, write, publish and make international visits before he died in the Soviet Union on June 3, 1963. In 2006, the government re-naturalized Hikmet.

In spite of counter speculations on his ideological attitudes, Hikmet is accepted as a major poet by all critics and members of poetry circles in Turkey. Whether you are a leftist, rightist, Islamist, liberal, et cetera, you can enjoy the fluent and natural Turkish in Nazım Hikmet's poetry. His style depends on ordinary daily speech with a high feeling of excitement. It's no surprise that many of his poems have been used as song lyrics and sung by famous musicians, such as Cem Karaca, Ruhi Su and Ahmet Kaya.

The best poem of Nazım Hikmet is a "novel in verse" in his own words, namely "Memleketimden İnsan Manzaraları" (Human scenes from the homeland). The "Manzaralar" is a new epic for the class struggle in modern Turkey. The power of the book comes from the realistic portraits of Anatolian villagers, whom he became familiar with while in the prisons of Anatolia.

Nazım Hikmet is also recognized by the rest of world. He is the most famous Turkish poet worldwide. All of his poetry has been translated into many languages including English and Russian.