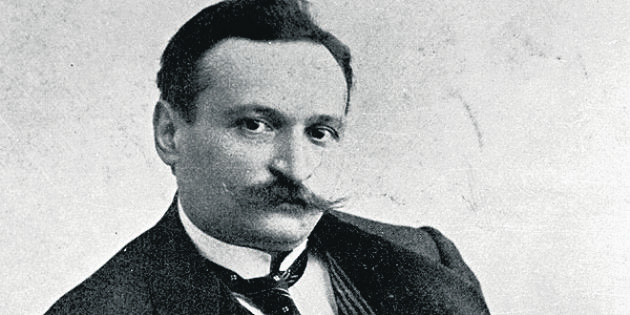 Known as a cornerstone in the modernization of Turkish literature, Tevfik Fikret had an influence on literary circles in his time as well as on politicians like Mustafa Kemal Atatürk

Namık Kemal changed the substance of Turkish poetry, while Tevfik Fikret changed its form. In analogous terms, Fikret is to Kemal what Pound was to Walt Whitman in American poetry with Pound referring to Whitman as a poet who "broke the new wood" (breaking ground) and defining himself as a carpenter in his poem "A Pact."

Fikret's reputation as a poet is widely disputed in his homeland for reasons related to politics and poetry. While secularists refer to him as the poet who laid the groundwork for Mustafa Kemal Atatürk, atheists refer to him as the first Turkish atheist, despite having written numerous religious poems in his career. The tendency of Islamists is to refer to Fikret as a dissident poet who opposed Abdülhamid II, their revered sultan.

In any case, the role Fikret played in the transformation of Turkish poetry during the last chapter of the Ottoman State period is also disputed. Some critics - such as the late Mehmet Kaplan - insist that his lyrical poems display great technical skill, while others complain about his stylistic use of euphemisms and "bizarre" use of words, including some from the Persian language.

Regardless of the poetic tastes, philosophies and political opinions of Fikret's readers or the inconsistencies in Fikret's political stance and philosophical beliefs, it is undeniable that he was a good poet. Yet his political behavior and philosophical thoughts were not consistent enough. I think Mehmet Kaplan was right to tie this inconsistency to the crisis of civilization in the late Ottoman period. Like many of his peers, Fikret hesitantly meandered between the East and the West - old traditions and new propositions.

Tevfik Fikret was born Mehmet Tevfik on Dec. 24, 1867, in Kadırga - the old İstanbul - to a middle class family. The son of an Ottoman government official, Tevfik Fikret was educated at Mekteb-i Sultani ("The School of the Sultan," later known as Galatasaray High School), where he would later become principal. His ancestors from his father's side came from Çankırı, middle Anatolia. His mother's ancestors were of Greek origin.

Mehmet Tevfik lost his mother, Refia Hanım, at the age of 12 when she died of a contagious disease while returning to İstanbul from her Hajj pilgrimage in 1879. Some literary historians think that the loss of his mother as a young boy deeply affected his sensitive, lyrical poems.

During his years as a student in the Sultani (Galatasaray) he met many prominent writers and poets, including Recaizade Mahmut Ekrem, Muallim Naci and Muallim Feyzi, who were his teachers. Encouraged by such great people, Mehmet Tevfik began writing poetry. His first piece was a lyrical poem written in the traditional Ottoman style, which was published in the "Tercüman-ı Ahval," a mainstream newspaper.

Mehmet Tevfik graduated from the Sultani with honors in 1888. After graduation, he began to work as a public servant in the Ministry of Foreign Affairs. He moved to the Ministry of Education but resigned the following year.

A legend among public servants

Mehmet Tevfik refused to receive his salary from the state, thinking that if he could not work as he was expected to, he did not deserve any salary at all. The protest of the young public servant became a legend among public servants in İstanbul. Regardless, the state still paid him his salary. He went on to take a higher position in the Ministry of Foreign Affairs soon after protesting.

Fikret married his cousin Nazime Hanım in 1890 after his sister's tragic death, which he recounted in his various poems. Fikret and Nazime Hanım had a son named Haluk in 1895, who would become a model for Fikret's didactic poems. Haluk would be Fikret's Emile or Candid. He was always interested in the education of youth. You should also note that Haluk, the son of Tevfik Fikret, would become a Protestant father after he moved to Scotland. Haluk moved to the U.S. where he lived until his death.

Fikret also taught calligraphy and French in the School of Commerce. In 1891, he won a poetry prize held by the "Mirsad" literary journal, which made him a renowned figure in literary circles in İstanbul. He published 18 poems in Mirsad.

In 1892, Fikret was appointed as a Turkish teacher at the Mekteb-i Sultani. He worked there until 1894 when he resigned, protesting the delay in payment of public servants' salaries by the government. In the same year, he founded a literary journal named "Malumat" with friends, though the journal did not last long. Fortunately, Fikret published another 25 poems in Malumat. These publications got him accepted as one of the major poets despite his young age.

Robert College and fantasy of exile

1896 was a lucky year for the dissident poet. He was appointed as editor-in-chief of the leading periodical of the day, "Servet-i Fünun" (Treasury of Knowledge). He edited Servet-i Fünun until it was closed due to censorship in 1901.

Servet-i Fünun gathered the writers of the New Literature movement together. Though not a very sociable person, Fikret led the periodical and the movement simultaneously. Beyond that, his first political touches in poetry were forming. He wrote his famous anti-Abdülhamid poem after a failed assassination plot by Armenian terrorists against the Sultan. He called the failure "A Moment of Delay," which was openly opposed to Abdülhamid.

There was no possibility that "A Moment of Delay" would be published. Yet, he used to read it to friends. As a result, he was taken into custody twice, but shortly thereafter was released. Fikret was an ill-tempered man, and he decided to go to New Zealand or Manisa to discover farm life with friends from his literary circle. After a while, he changed his mind and began to construct a special house for his family on the Bosporus, which he called "Aşiyan" (meaning close friends). Aşiyan was finished in 1906.

After Servet-i Fünun was closed by the state, Fikret went into self-imposed exile in Aşiyan. He wrote some significant political poems, including "Sis" (The Fog), which was an attack on the regime.

After the 1908 revolution, Fikret sided with the new government for a short time, writing more political poems. In addition, he was appointed as principal of Sultani. He also began attacking the union and progressive government in his poems.

Fikret published two major collections of poetry during his lifetime: "Rübab-ı Şikeste" (The Broken Lute) and "Haluk'un Defteri" (The Notebook of Haluk). Both included poems that had a great influence on later generations.

The quarrel between Fikret and Akif also served as a lesson. Fikret attacked traditional values in his famous poem "Tarih-i Kadim" (Ancient History), giving a very harsh response to traditional poetic form. However, Akif omitted verses in which he attacked Fikret, removing them from his poetry collections after Fikret's sudden death in 1915. He died in a lonely state of despair due to the political situation.

Tevfik Fikret died on Aug. 18, 1915, during an operation for his poor health. His body was buried in the Eyüp Cemetery. In 1945, Aşiyan house was transformed into the Tevfik Fikret Museum, and in 1961, his body was transferred to the Aşiyan Cemetery.
RELATED TOPICS