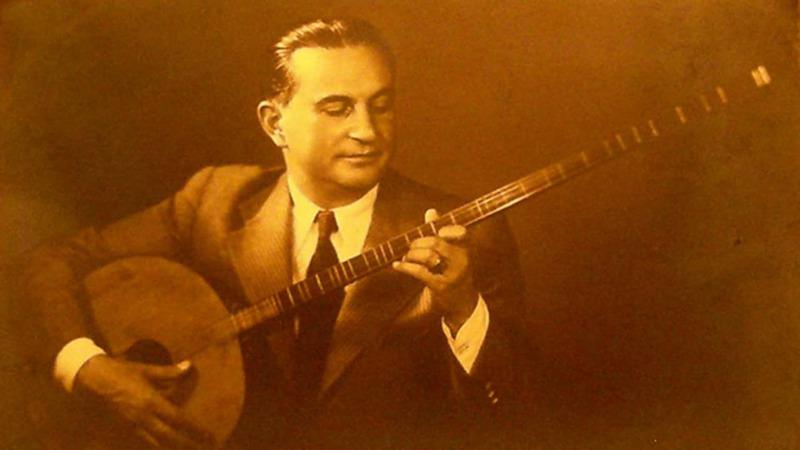 Having composed some of the most refined lyrics and poems in Turkish literature, musician Münir Nurettin Selçuk put his stamp on Turkish musical history as a composer and performer

Ottoman and Turkish classical music experienced a slow modernization from the mid-19th century until the mid-20th century before it left its special place within the context of Turkish popular culture to the so-called Arabesque music. Classical music lost its power to renew itself with its own features and became a form of high culture.

IN addition, great singers and composers of the 19th century such as Hacı Arif Bey and Şevki Bey gave the Ottoman song an eloquent attitude and melancholic mood, which made the urban listeners fall in love with the songs of both masters, among many others.

After the romantic generations of Hacı Arif Bey and Şevki Bey, their disciples came to carry the Ottoman song tradition into the decades of the Republican era. Especially those born in the first years of the 20th century, including Selahattin Pınar, Sadettin Kaynak, Mesut Cemil and Münir Nurettin Selçuk, convinced the modern listener of the greatness of the tradition of the lyrical music. Münir Nurettin was the most famous musician of his age thanks to his innovative character.

He belonged to a stately family. His father Mehmet Nurettin was a theology professor at the Darülfünun, which later Istanbul University, and also worked as an assistant at the Sultanate Council. Besides that, his uncle Abdurrahman Nurettin Pasha was agrand vizier of the Ottoman Empire.

Münir Nurettin's mother Fatma Hanife came from a family that established the Germiyanid feudal state before the imperial Ottoman era.

1915 was a milestone in Selçuk's life and career. At that time, he attended the Darül Feyzi Musical Association in order to get a musical education in a master-disciple relationship. After three years, he became one of the singers of the association and began singing in their concerts.

Selçuk was also attended the Soğukçeşme Military Secondary School and Kadıköy Sultani high school. His family insisted on his visiting Hungary to learn agriculture, from where he returned in 1917 without becoming an agricultural consultant. His passion was music.

In 1917, Selçuk joined the Darül Elhan - later City Conservatory of Istanbul - where he also composed and sang old and new songs. In Darül Elhan, Selçuk learned from such masters as Zekaizade Ahmet Irsoy and Bestenigar Ziya Bey. He composed a little poem about the great poet Tevfik Fikret, which was his first composition, in 1920.

Münir Nurettin was admitted to the Sultanate Musical Band with the rank of lieutenant in 1923. The same year the band was transformed into the Republican Classical Turkish Music Group since the Ottoman state was annulled and the Republic of Turkey was announced.

He delayed writing his own compositions for 20 years until the early 1940s. Selçuk was now a sought-after singer. He had a unique attitude, which has generally been defined as a peculiar combination of the old and the new.

Münir Nurettin Selçuk gained a great reputation for his concerts, where he would stand in front of the audience as the soloist in front of an ensemble, or just played and sang as alone. He made many records during the 1930s and 1940s.

Meanwhile, a music recording company sent Selçuk to Paris to learn more about music, and he learned a lot. He restarted writing new compositions for old and new lyrics, many of which were beloved poems by Yahya Kemal. The two made a perfect combo and they would never separate. Yahya Kemal's name reminds people of Münir Nurettin Selçuk's songs, while Selçuk's name reminds them of Yahya Kemal's poems. His songs composed with Yahya Kemal's poems are very unique examples of the poetry-music combination.

Bel canto and beyond

Münir Nurettin was said to have been affected by the Italian bel canto tradition as he was visiting Paris. Any listener to some extent can affirm this. However, no Western effect can explain Münir Nurettin's style completely. The more important point is that his combinations of the old and the new, poetry and music, instruments and vocals are unique inventions within classical music.

After his return from Paris in 1930, Selçuk composed and performed music at the City Conservatory of Istanbul for the following three decades.

Münir Nurettin married Enise Hanım in 1928 and they had a daughter, Meral. Selçuk also had a second wife, Şehime Ertan. Selçuk and Ertan had two sons, Timur and Selim. Timur Selçuk is also a famous music composer.

Münir Nurettin composed soundtracks for various Turkish and Egyptian movies. He played the leading roles in a few movies as well. In other words, he was again a role model for the following generations of singers who would act in movies as well.

Beginning in 1953, Selçuk taught music at the City Conservatory of Istanbul for about 20 years. He composed for, sang, held and directed more than 300 concerts both in Turkey and foreign countries, including Egypt, Iraq, Syria, Hungary, Austria and the United Kingdom. He was also a friend of such great Arabic singers as Umm Kulthum and Abd al-Wahhab.

Münir Nurettin Selçuk died on April 27, 1981 in Istanbul, his beloved city. His body is buried at the Aşiyan Cemetery on the Bosporus.
RELATED TOPICS