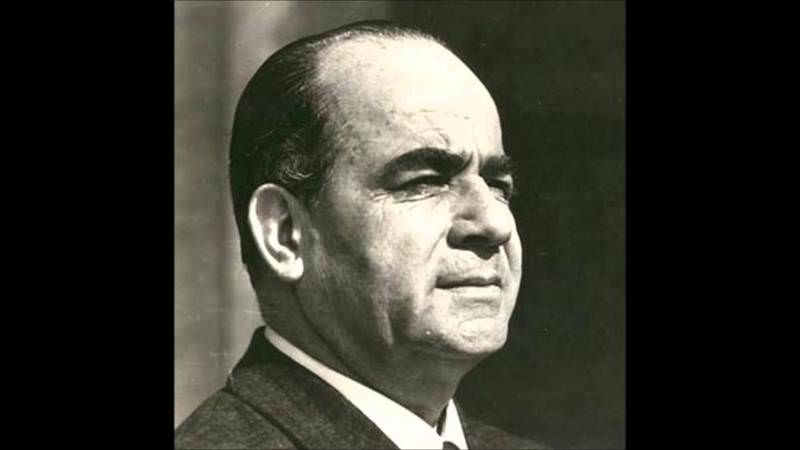 Turkish poet Faruk Nafiz Çamlıbel was the embodiment of the early Republican-era literary figures; as he was aesthetically inspired by the glory of the Middle East while his mind and thoughts were shaped by the ideals of the West

During the first quarter of the 20th century, the Turkish intellectual circle was like a test site for innovative and diverse philosophies regarding society, the state and even art. There were many debates in political schools of thought that included nationalism and Islamism, monarchy and democracy, as well as patriotism and freedom. Meanwhile, poets also debated the goals of poetry as an art form, as well as the means used to reach those goals. Some poets were defending progressive points of view, while some others offered a well-designed continuation of tradition.

Before the Ottoman state collapsed and the Turkish Republic emerged, there were three styles of poetry. Mehmet Akif, who developed the political poetry of Namık Kemal, represented one of these poetic styles. Cenap Şahabettin offered the second style, which saw poetry in a more traditional fashion. Also, there was a third school of thought, represented by Mehmet Emin and Rıza Tevfik, who were trying to make modern poetry dependent on folk tradition.

The young poets of the early 20th century were reading all poets of the three styles. Some of them followed a certain style, while many others were affected by more than one style at different times. Faruk Nafiz's career in poetry began with him often changing his poetic styles before creating his own.

Faruk Nafiz Çamlıbel was born on May 18, 1898, in Istanbul. His mother, Mrs. Fatma Ruhiye, was the daughter of a merchant named Necati Bey, while his father, Süleyman Nazif Bey, was a public servant working for the Ministry of Forestry. Faruk Nafiz attended school at Bakırköy Secondary School and Hadika-i Meşveret High School before he entered the School of Medicine.

Faruk Nafiz quit school during his fourth year due to the notion that deciding to become a physician was not conducive to his character. He began working for the "İleri" newspaper and visited Anatolian provinces.

The young journalist had begun writing poetry at age 15. He followed the "Serveti Fünun" poets in his initial poems, using the old rhymes and meter of Turkish poetry known as,"aruz." Though he didn't gain significance with his early poetry, the masters of poetry of the time liked Faruk Nafiz due to his talent. Mehmet Akif saw him like a son, while Yahya Kemal didn't hesitate to praise his lines.

Despite his young age, Faruk Nafiz published three volumes of poetry in 1918 and 1919, all of which reflect the previous artistic style of poetry mostly depending on such themes as love passion, beauty and nature.

War of Independence and realismFaruk Nafiz Çamlıbel began to change his style as the War of Independence gained momentum. He wrote a poem called "At" (The Horse) to voice his support for the "Kuvayi Milliye" (National Forces), which was written with folkloric meter and rhyme.

This folkloric meter depends on a matrix of rhymes and equal syllables with certain stops. Faruk Nafiz liked the 7 + 7 meter most, which is generally used for epic and narrative subjects. He accepted the option of giving modern profundity to the 7+7 meter of the folk tradition.

After the Turkish army defeated the Western occupying forces and won the War of Independence, Faruk Nafiz went to Ankara like many other intellectuals. In 1922, he was appointed as a teacher of literature at Kayseri High School, which was a great opportunity for the young poet to meet his fellow people.

In 1924, Faruk Nafiz began to work in Ankara as a teacher. He stayed in Ankara until 1932 and wrote poems with folk meter. He continued publishing new volumes of poetry, too. Most people saw him as the best poet of romance during the 1920s.

In 1928, the Ministry of Education founded a committee led by the Minister of Education that expected him to inspect the situation of schools in eastern provinces. Faruk Nafiz was among the committee members. He visited Sivas, Erzincan, Gümüşhane, Trabzon, Erzurum and Kastamonu together with the committee. This inspection trip had a great effect on Faruk Nafiz; so much so, that he wrote his greatest poem "Han Duvarları" (Inn Walls), which represents the breaking point in the history of modern Turkish poetry.

"Inn Walls" brought greater fame to the poet in addition to its contribution to the nationalist and populist cultural policy of the state. Hundreds and thousands of "homeland poems" were written after "Inn Walls." Still, there is no rivalry concerning first place in that genre, and "Inn Walls" is accepted as a masterpiece of modern poetry, written in folkloric rhyme and meter.

Faruk Nafiz married Azize Hanım, a geography teacher at Ankara Girls' High School in 1931. The couple had two daughters named İsmet and Yeliz. After the birth of his children, Nafiz continued teaching at several high schools in Ankara and Istanbul until 1946.

In 1933, the state ordered him to attend a march for the 10th celebration of the establishment of the Turkish Republic. He and Behçet Kemal, one of his students from Kayseri High School, wrote the "Tenth Year" march, which is still sung by Kemalist circles, though mostly unofficially.

In 1946, Faruk Nafiz put his name on the ballot, and was elected as a member of Parliament from the Democrat Party rows. He kept his chair in the Turkish Grand National Assembly until the military coup in 1960.

Becoming a politician and a member of Parliament simultaneously, Faruk Nafiz rarely found time to write. In spite of this, Nafiz would write humorous prose for newspapers and magazines under pennames.

In 1960, he was arrested along with other prominent members of the Democrat Party. First, he was put in Yassıada and was then relocated to Kayseri Prison. He was released without any charges after 16 long months of incarceration.

After that, the great poet left politics and began to live a silent life. In 1967, he published "Zindan Duvarları" (Prison Walls), which reflects his sour memories of prison. He collected his other poems in another volume called "Han Duvarları" (Inn Walls) in 1969.

In 2005, Faruk Nafiz Memorial Hall was opened in Kabataş High School where he served for some time as a teacher of literature.
Last Update: Feb 20, 2016 1:41 am