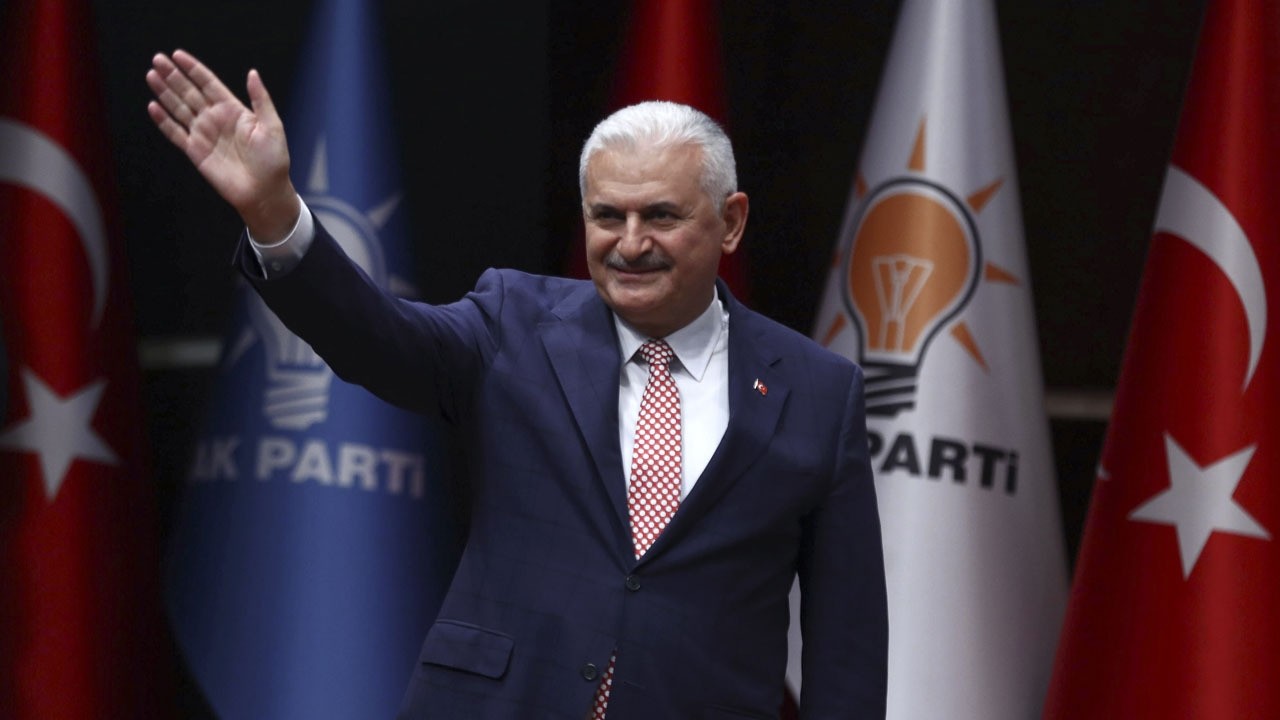 Announced as the new AK Party chairman and prime minister of the Republic of Turkey last Thursday, Binali Yıldırım has served as the transport, maritime and communications minister for 11 years

The Justice and Development Party (AK Party), which has a majority in Parliament, is now ready to send their fourth prime minister into office. Abdullah Gül, the 11th president, was the first, serving as prime minister for a very short time before Recep Tayyip Erdoğan's political situation was cleared. Erdoğan himself served for three consecutive terms over 11 years before he was elected the 12th president.

Three should be underlined because the AK Party has a rule that limits its members to three terms in office. However, this rule was omitted from the party's policy guidelines during the term of Ahmet Davutoğlu, who served as prime minister for almost two years.

After Davutoğlu's resignation on May 5, people began guessing who would be the next chairman of the ruling party and establish the next cabinet. When Yıldırım's name was announced as the only candidate for AK Party chairman on Thursday, it was no surprise at all.

Yıldırım is well known as the minister of Transport, Maritime and Communications and has been since the first AK Party Cabinet was established in 2002. Transport has been one of the key factors that helped the AK Party win elections. Yıldırım is among the grand strategists behind the rapid development of Turkey in the 21st century.

Yıldırım was born on Dec. 20, 1955 in the village of Refahiye in Erzincan, an eastern province. His village is named "Kayı," the tribal name of the Ottoman Turks. His father's name is Dursun, while his late mother's name was Bahar.

Yıldırım once described his years in the village: "I wanted to escape from working in the field with my father, and I was fond of watching airplanes passing by, fancying that I was in one of those airplanes and traveling the world." When a journalist asked whether his dreams came true, he replied: "More than became true."

Young Binali was initially schooled in his village. He would go to school in winter and work with his father, who was a farmer and cattle dealer, in summer. After elementary school, his father sent Binali to relatives in Istanbul for a better education. He attended secondary and high school in Istanbul.

Binali worked in temporary jobs for his student expenses. While in high school, his mother Bahar died in their village; however, his family hid this from him, thinking that if he knew he would be affected by his mother's death and couldn't continue in school.

Yıldırım graduated and received his master's degree from the Faculty of Naval Architecture and Marine Engineering of Istanbul Technical University. He worked as an assistant and research fellow in the same faculty. After that, he served as an engineer and manager at various levels in Camialtı Shipyard in Haliç (Golden Horn), Istanbul from 1978 to 1993.

While serving in numerous managerial positions at the General Directorate of the Turkish Shipping Industry and the Camialtı Shipyard, he received specialized training in Maritime Safety and Environmental Protection from the International Maritime Organization's World Maritime University in Sweden. While at the World Maritime University, he spent six months working with maritime administration professionals at Scandinavian and European ports.

After graduation, Yıldırım served as the director general of the Istanbul Fast Ferries Company (İDO) from 1994 to 2000 while Erdoğan was mayor of Istanbul. To make greater use of sea travel to ease transport congestion in Istanbul, Yıldırım established the Istanbul-Yalova and Istanbul-Bandırma ferry routes and oversaw the establishment of 29 ferry terminals, the commission of 22 passenger and four car ferries, making İDO the largest commercial maritime transportation company of its time. In 1999, he received a quality medal from the Skal International Group for his contributions to the modernization of the maritime transportation and tourism industries.

When Erdoğan left the Welfare Party (RP) to establish the AK Party, Yıldırım was among the friends that followed him. Yıldırım was also in the council of the founders of the AK Party. He was elected as a member of Parliament for Istanbul in 2002.

Yıldırım joined Prime Minister Abdullah Gül in the 58th cabinet as Minister of Transport. He would serve in that office in the Erdoğan cabinets, too, until 2013 when he was replaced by Lütfi Elvan for two years.

Yıldırım is known for his mega transport projects. He can be seen as the grand strategist of transport and communications for Turkey. During his time in office, Turkish transport has totally renewed its outlook, becoming both a modern transport country and a center of world logistics in the last decade.

Among the mega projects led by Yıldırım, the Marmaray is the outstanding achievement. Converging the name of the Sea of Marmara and "ray" (rail in Turkish), Marmaray is the train line joining the European and Asian sides of Istanbul with a tunnel under the Bosporus Strait. At the opening ceremony for the Marmaray, Erdoğan said: "The Marmaray is not a project just for Istanbul. It is a project for all humanity." It's not a figure of speech since Marmaray is part of the Silk Road Railway project to connect Eurasia - from China to the United Kingdom.

Yıldırım served in Parliament, representing Istanbul in the 22nd term, Erzincan in the 23rd term and İzmir in the 24th and 26th terms for the AK Party. In 2014, he was the AK Party candidate for mayor of İzmir, which he lost, though raising his party's votes to 36 percent. After that, he served as advisor to President Erdoğan.

Yıldırım returned to office as Minister of Transport, Maritime and Communications after the November 2015 elections. After Prime Minister Davutoğlu's resignation, Yıldırım was announced as the single candidate for chairman of the AK Party in the emergency congress. After being elected as chairman, he waits to be assigned by President Erdoğan to establish the 65th Cabinet.

Yıldırım is married to Semiha Yıldırım, a retired schoolteacher and civil society volunteer. The Yıldırıms have been married for 41 years, have two sons, Erkan and Ahmet, and a daughter, Büşra.

Yıldırım speaks English and French. He is known for being polite and having a very good sense of humor. He comes from the people. He once said, "Peoples in some regions are like corn. When they are put on fire, they explode like cornflakes. Yet, Turkish people are like wheat. When you put wheat on a fire, it burns, but it keeps its dignity and calmness."

Yıldırım will be the 27th prime minister of Turkey.
RELATED TOPICS