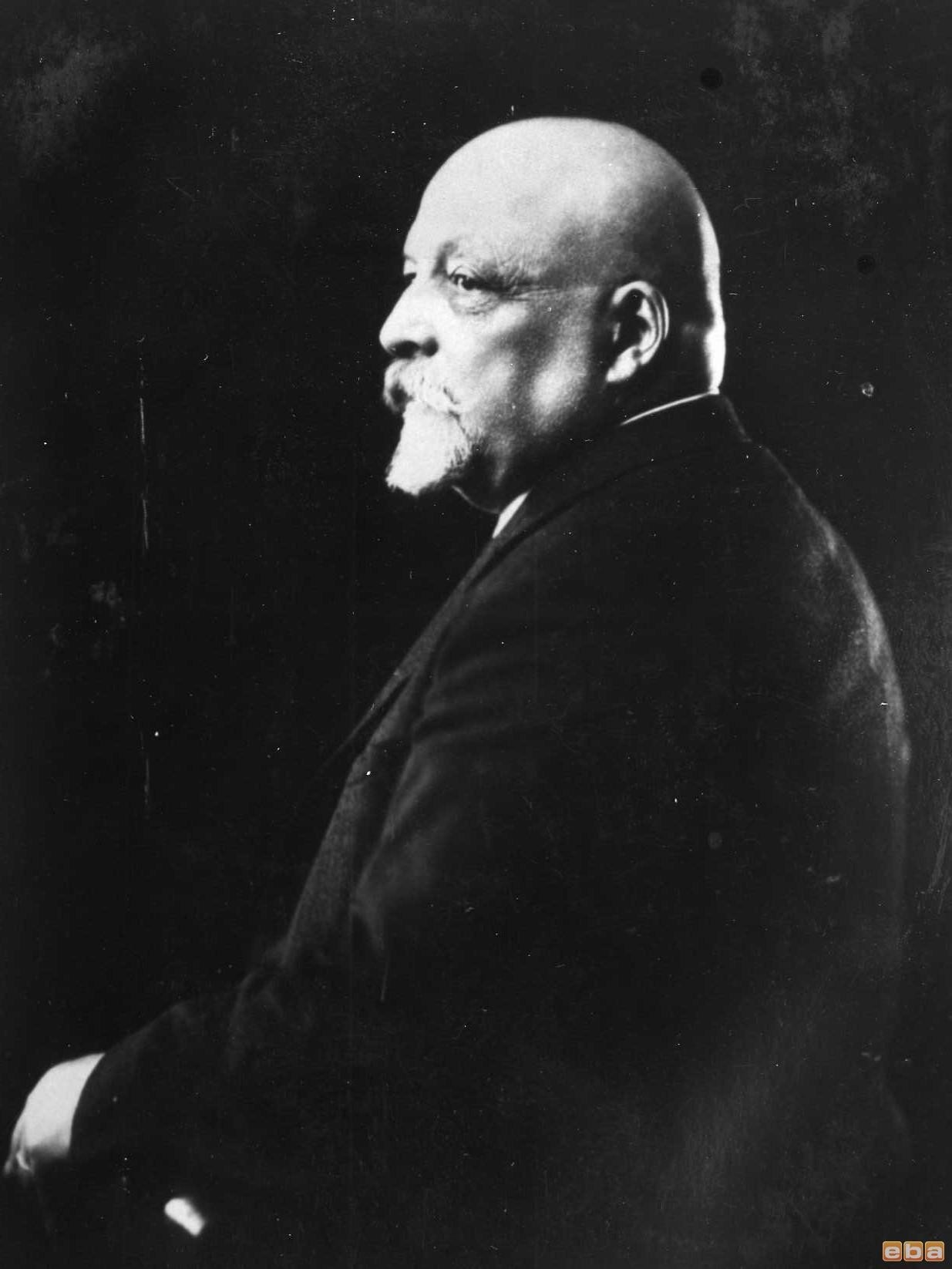 Besides being a poet, a member of the Ottoman parliament Mehmet Emin Yurdakul appealed to nationalists especially in the formidable atmosphere of the early 20th century when the Ottoman Empire collapsed and a new nationalist state rose

The late critic Eser Gürson used to tell me about relations in the older literary generations. Once, he was complaining about the political split among contemporary poets. As everyone knows, the Turkish poets have been dissociated because of politics. Gürson added that the members of the generation of the Second Constitutional Era (1908-1923) accepted each other in poetry, while they were engaged in split political ideals. "Look," he said, "Mehmet Emin was a nationalist; Mehmet Akif was an Islamist, while Tevfik Fikret was a liberal. Yet, all three hugged each other as major poets without bias."

This was a great lesson for me. I wondered what the difference was between the pre-Republic era and now: What did they have that we don't have today. Were the last Ottoman poets more humane than us? What knowledge did they have that we have forgotten? I'm sure it had nothing to do with politics. They were sometimes even harsh in debating each other. Fikret attacked every religious value, while Akif called him a "sexton" since Fikret was working for an American missionary school. Besides, Akif hated nationalism, but had Mehmet Emin Yurdakul, a key figure for Turkish nationalists, write for the "Sebilürreşad" periodical, published by Akif.

Most people believe that Akif and Fikret are equals as poets. Yurdakul is respected mainly for his nationalist and populist attitude against cosmopolitan and elitist circles, while his poetry has been neglected for being poor.

Yurdakul was born in Beşiktaş, Istanbul in 1869. His father Salih "Reis" (Captain) was a fisherman from the Zekeriya village of Istanbul, while his mother Emine Hanım was the daughter of Körükçü Mehmet Ağa, who had migrated from Bulgaria.

Mehmet Emin was schooled at the military secondary school in Beşiktaş and the civil servants high school; however, he quit school in 1887 due to monetary issues. For a short time, he followed lectures at law school, though he didn't graduate from there either.

The young man began working in the clerk's office in the prime ministry. This was like a training course, because he wasn't paid for his work. After he quit law school, having no job or money, he tried to make a reputation by writing. He published an early work, "Fazilet ve Asalet" (Virtue and Nobility), where he told of the superiority of the soul's nobility to the genealogic nobility.

The book helped the writer; the prime minister ordered that Mehmet Emin be employed as a civil servant. He became the Director of Documentation in the Prime Minister's Office.

Jamal al-din al-Afghani and beyond

Young Mehmet Emin attended speeches by Jamal al-din al-Afghani, the famous Muslim thinker and activist of the late 19th century, as the sheikh resided in İstanbul. Mehmet Emin used to visit al-Afghani frequently at his resident in Nişantaşı. The young poet was so close to the sheikh that he once said, "Al-Afghani might have died. Yet, his soul lives in my heart. I keep his heritage."

What was al-Afghani's heritage to Mehmet Emin? Of course, it was a kind of Islamic nationalism and anti-imperialism. Mehmet Emin was not a proper Islamist like Mehmet Akif or Said Halim Pasha, nor a standard nationalist like Ziya Gökalp and Yusuf Akçura. He was in between two major ideologies.

In 1897, when the Turko-Greek War exploded, Mehmet Emin wrote a small poem, "Anadolu'dan Bir Ses yahut Cenge Giderken" (A Voice from Anatolia or Heading to the War), which brought him great fame. The poem was written in a folkloric rhyme and meter, which fits the nationalist attitude and mood of the poem.

Mehmet Emin had his first collection of poems published in July 1897 together with paintings by Fausto Zonaro, showing Turk soldiers in the Greek war. The name of the book is indicative, too: "Türkçe Şiirler" (Poems in Turkish), implying the negative attitude of the poet against the Ottoman tradition that included complex and cosmopolitan poetic diction that used many words and phrases from Arabic or Persian.

Mehmet Emin was the first poet to apply "national" literary aesthetics. He was actually the only one experimenting in the referred aesthetics because there was no one ready to do the same. Thus, it should be normal that the poems in "Türkçe Şiirler" are not masterpieces. The daily speech of people in Mehmet Emin's poems was his own invention, not the actual speech of real Anatolian villagers. The rhyme and meter, besides, were not that of the folkloric tradition; again, Mehmet Emin invented his own meters. The nationalist poet was no aesthete at all. He thought that writing poetry should be for the sake of goodness, not only for the sake of beauty.

After the Young Turk Revolution

In 1907, Mehmet Emin joined the Committee of Union and Progress, which revolted against Sultan Abdülhamit II in 1908. He was assigned as the Director of Documentation in Erzurum province. After the revolution, he was shifted to Trabzon. In 1909, he became the undersecretary to the Ministry of Navy. He was assigned as Hijaz Governor in October; however, he was sent to Sivas in 1910 as he quarreled with Mecca Amir. Yet, he resigned due to health issues and returned to Istanbul in 1911.

In 1911, we see Mehmet Emin among the young authors who emerged in the "National Literary Movement." He was on the board of directors of "Türk Ocağı" (Turkish Home), which was the main half-official cultural institution of the Young Turk Revolution. Mehmet Emin retired and was elected to Parliament in 1913. "Türk Ocağı" held a special event to honor his art, calling him "the first major poet of the Turks," which was obviously a nationalist intervention in literature.

Giving morale to the nation

Mehmet Emin tried to increase the morale of people during World War I and the War of Independence by making speeches and writing poems, stories and columns. He visited soldiers fighting against the Allied invaders in Gallipoli in 1915. In 1921, he was in Ankara to support soldiers and civilians fighting against the Greek invasion.

After the war, Mehmet Emin entered Parliament for years. He represented the Republican People's Party; however, he joined the short-lived Serbest Fırka (Free Party) in 1930, too.

He received the surname "Yurdakul" after the Surname Act was enacted in 1934. "Yurdakul" means "servant of the homeland."

The poet died on Jan. 14, 1944, in Istanbul. His grave is in Zincirlikuyu Cemetery.
RELATED TOPICS