Sevim Burak: 'I won't write for the astute' 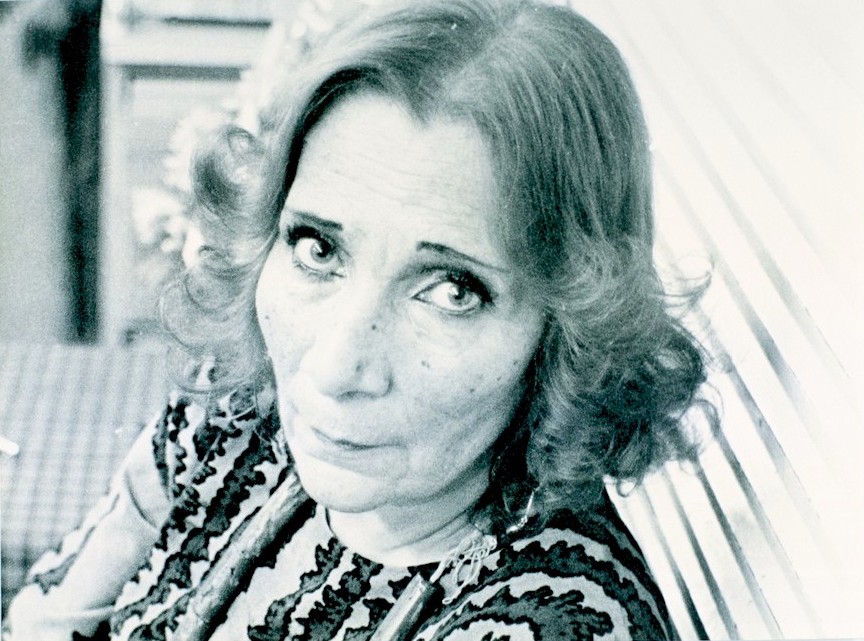 One of the leading authors in Turkish literature, who created in striking examples of streams of consciousness, Sevim Burak was the writer of dissidents, outsiders, people who were unlucky in love and who wander around the fringes of madness

Madness, illness and estrangement are often good friends of an author, helping him or her in their creative writing process. Some authors even cling to these bizarre or bitter situations to continue living or writing, both of which are the same on some occasions.

Proust had asthma, Hemingway suffered from bipolar disorder, and Salinger was a fully estranged man. Among hundreds or thousands, these three examples show us that the more extraordinarily an author lives, the more likely he or she becomes what is sometimes called a "cult writer."

There are many cults in modern Turkish literature, too, which have been known for various peculiarities. Sait Faik, the number one cult author of Turkish short fiction, was gay - information that is not included in his official biography and that his friends tried to hide from his audience often by making up pseudo adultery rumors about Sait Faik with women. Sezai Karakoç and Nuri Pakdil, two Islamist idols of the last four decades, never married. On the contrary, Cemal Süreya, another cult poet, though secular, married "70 times," a phrase he himself used to mock rumors about his private life.

Here we come to the most peculiar one, Sevim Burak, of modernist fiction, which has been the arena of strange people of all kinds, dissidents and odd ones included. Sevim Burak owes her title to her being unacknowledged in any sense. She was the daughter of a carefree sea captain and a convert Jew. She lived among a special cultural elite in a neighborhood located on the Asian side of the rich Bosporus; however, she had to tailor for the rich and famous people to make a living after her parents died. She was a very charming young lady, a neat figure with big eyes, attracting much attention, yet she always lived in solitude.

Sevim Burak was born on June 29, 1931, in Ortaköy, a seaside neighborhood of Istanbul on the European side of the Bosporus. Her father, Mehmet Seyfullah Burak, was a Muslim sea captain, while her mother, Anne Marie Mandil, was a poor Jewish woman of Bulgarian origin. They married against their families' wishes. In particular, the Burak family did not want to accept a poor, non-Muslim bride. So, the Burak couple was obliged to live far away from the groom's family residence in Istanbul.

They spent the first year of their marriage on a ship sailing between Zonguldak and Bartın, two Black Sea cities in northern Turkey. Anne Marie gave birth to her first daughter, Nezahat, on this ship.

The poor and lonely birth of the baby brought luck to the peculiar couple. The sea captain's parents wished to see their granddaughter; thus, the three were accepted in the family residence in Istanbul where their second daughter, Sevim, would be born a few years later.

Daughter of a convert

Sevim Burak's poor mother tried to find a way of thanking her parents-in-law, who eventually opened the gates of their house to her and her little baby. So, she decided to convert to Islam and changed her name to "Aysel Kudret," which is ironic because "kudret" means "power" in Turkish, keeping in mind her weak situation among the rich Burak family.

Sevim Burak confesses in a letter to a friend of hers, the famous painter Abidin Dino, that in her childhood she hated her mother's Jewish heritage. To her consciousness, that was like a black spot on a white sheet. Little Sevim was closer to her grandparents than she was to her "embarrassing" mother and distant father. She says that she wrote one of her best pieces, "Ah Ya Rab Yehova" (Oh Lord Jehovah), in homage to her late mother and her fellow Jewish neighbors. She included all the names of the old Jews in the Kuzguncuk neighborhood in her story. This weirdness is standard for Sevim Burak. All of her writing is the fragmented yet streaming records of her individual life surroundings.

Sevim Burak was raised among old people in Kuzguncuk on the Asian side of the Bosporus. She once said she was born old and was never a child in her childhood. Besides, she lost both of her parents in just six months -- one after the other -- when she was 16. That was a complete disaster, and she had to find a way to live through this.

She left school and had a quick, early marriage with a violinist named Orhan Borar. The couple had a son and divorced after nine years. Meanwhile, Sevim worked as a stylist, model and tailor for rich and famous people. Once, the U.S. Ambassador in Turkey George McGhee saw Sevim Burak modeling at a fashion show in Istanbul and encouraged her to join a special Turkish fashion show to be held in the United States. In a letter addressed to her son in years later, Burak would recollect this journey with joy.

She had some, yet it was never enough. She was charming and ambitious, but loneliness and unhappiness was second nature. Then she betrayed her husband with Peyami Safa, a famous, old author. That affair affected her both romantically and poetically. Many of her characters cheat on their spouses. Besides, she is always self-centered and psychological, which may have come from Peyami Safa's self-centered, psychological style.

Writer of the crazy of love

Sevim Burak published her first volume of short stories in 1965, "Yanık Saraylar" (Burnt Palaces), accepted as her masterpiece by some people, and applied for the Sait Faik Story Prize, which was the most significant fiction prize at the time in Turkey. However, the jury denied her the prize, and she made up her mind to "boycott the Turkish people in her point of view" for 17 years.

In the 1980s, Sevim Burak experienced a short spring among postmodern authors. She published other works beside the second imprint of her first. A closed circuit of readers began to know her. She became a cult name for a small circle. She applied for the Sabahattin Ali Story Prize, another significant prize for fiction, with her second volume, "Everest My Lord," which would be published posthumously with her later works, yet was denied again by the jury. She called them "the landlords of literature" and told her friends that she would fight to the end until she could make her work understood and accepted.

Unfortunately, Sevim Burak died on the last day of 1983. Thus, her black lyricism in short fiction could be reached after she left this world. She lost her world, but readers gained a cult author of major depression, schizophrenia and women's oppression.
Last Update: Nov 12, 2016 11:40 am
RELATED TOPICS