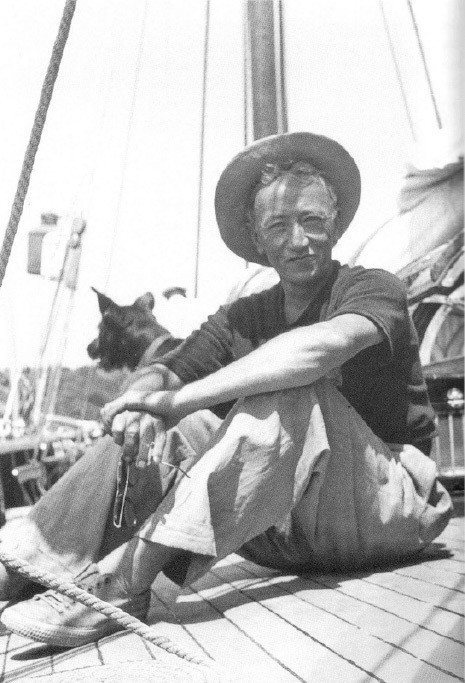 One of the most respected writers in Turkish literature, Sait Faik Abasıyanık brought a brand new style to Turkish story and poetry with his depictions of laborers, fishermen and poor people mostly living in urban areas in the 1940s

Most critics think that the modern Turkish short fiction has walked two paths, individualism and social realism. Most of the left wing writers and some of the right wing writers have chosen the second path, while only a small group chose the first one until the introduction of existentialism in the early 1960s.

The existentialist short story writers of the 1960s paid tribute to a specific author, Sait Faik, who was seen as the starter of individualism and self-centered storytelling in Turkish literature. The existentialists took one of his works, namely "Alemdağında Var Bir Yılan" (There is a Snake at the Mount Alem), a book full of dark and ambiguous but streaming short stories, as a masterpiece and a prototype of the new existentialist and individualist style. He has been accepted as a writer whose art originates from his individuality.

Sait Faik Abasıyanık was born "Mehmet Sait" on Dec. 23, 1906 in his grandfather's house in Adapazarı, a town close to Istanbul. His relatives said that it was the first day of Ramadan Bayram when he was born. This has caused controversy about the exact date of his birth. Some literary historians argue that he should have been born on the Dec. 18 since it was the first day of Ramadan Bayram that year, while some others together with his heirs think that he was born on the 23rd of the same month.

This effort to be concise about his birthday hints the cult around Sait Faik's name, art and life. He is the number one cult writer of modern Turkish literature.

Abasıyanık's father Mehmet Faik was a timber merchant, while his mother Makbule was coming from a notable family of Adapazarı. His father and uncle served as the Adapazarı mayors for a while; and his uncle also served as a member of parliament. His grandfather Seyyid Agha was running a coffee house, where the notables of the town used to gather.

Sait Faik recollects his attitude as a childhood as "a spoilt middle class boy." He was schooled at a private school named "Rehber-i Terakki" (Guide of Progress), which was seen by the people as a place for snobs.

Sait Faik was at the Adapazarı İdadisi (Adapazarı Secondary School) when the Greek army occupied Adapazarı. The Abasıyanık family moved to close towns until the occupation ended. In 1924, they moved to Istanbul to support their son's education. Sait Faik was admitted by the Istanbul Erkek Lisesi (Istanbul High School for Boys).

Because of a bad joke done to the Arabic teacher, Sait Faik was dismissed from the Istanbul Erkek Lisesi with his forty-one schoolmates. He eventually graduated from the Bursa Erkek Lisesi, where he wrote his first piece, "İpekli Mendil" (The Silk Handkerchief) as homework.

Sait Faik was an indifferent young man at school. He was fond of hanging around with friends and writing short stories. His family had enough money to afford his idleness and literary career. His mother was one of the first professional female painters of Turkey.

Sait Faik turned back to Istanbul after graduating from high school in 1928. Though he attended the Literature Department of the Istanbul University, he would quit during his sophomore year. It was obvious that he didn't like the science of literature. He just liked writing as he wished. His tone is friendly and intimate thanks to that.

Sait Faik began to make friends at coffee houses in Beyoğlu and Şehzadebaşı. He met with professional writers and journalists.

Meanwhile, he published his early works between 1928 and 1931, when he moved to Lausanne in order to study economics, another discipline he wouldn't follow to the end.

Sait Faik stayed only two weeks in Lausanne. He hated the climate of the city; so, he moved to Grenoble, where learned French and attended at the Literature Department of the Grenoble University, yet never graduated. Rather, he visited Paris, Lyon and Strasbourg.

Sait Faik turned back to Istanbul in 1934 and began working as a Turkish teacher at an Armenian school. However, he could never be at school on time neither he could establish authority on his pupils. After a while, he resigned and began running a wheat shop owned by his father. After six months, he bankrupted. He never showed the necessary attention to any job. He always wandered around and wrote.

His father paid for the publication of his first volume of short stories, "Semaver," which is accepted as one of the classics of modern Turkish fiction and read widely at every age.

In 1938, Sait Faik lost his father, who tried to tie his son to the real world. Now, Sait Faik was residing at his family house at nights, yet visiting different places of Istanbul in daytime including coffee houses, pubs, fishing ports, judicial courts, parks, etc. He was walking, sitting, watching and listening to people at every corner of the city. His writing depends on his observations and his personal thoughts.

Sait Faik published his first novel "Medar-ı Maişet Motoru" (Boat of Earning), which was sued by the public prosecutor because that "earning" hinted some kind of opposition to the state, which is now ridiculed since Sait Faik was completely apolitical. So, he changed the title of the novel, naming it "Birtakım İnsanlar" (Some People), which I think was for mocking with the public prosecutor's case.

Sait Faik was sued twice, and his mother asked him to not stop writing and publish more. He couldn't stop writing. However, after 1940 he slowed down in publishing his works. Most of his works would be published in later years of his life.

In 1948, Sait Faik published his fourth volume "Lüzumsuz Adam" (The Unnecessary Man), which is seen as a milestone in the individualistic style in short fiction.

At the beginning of 1945, Sait Faik suffered severe sickness. His family doctor advised him to stop drinking, which he never listened to. In 1948, he was diagnosed with cirrhosis of the liver.

Besides his bad health condition, Sait Faik experienced a fertile period in his writing. He published his later works including the "Alemdağında Var Bir Yılan," which was saluted as the initiator of surrealism in Turkish short fiction.

The Mark Twain Association in the United States honored with membership in 1953 thanks to his contributions to modern literature. He was the second person to take this honor in Turkey; the first was Mustafa Kemal, the first President of Turkey.

Sait Faik passed away on May 10, 1953. His grave is at the Zincirlikuyu Cemetery. His family established a Fiction Prize after his name for homage, and they turned the house he lived in Burgazada (a small island in Istanbul) into the Sait Faik Museum.
RELATED TOPICS