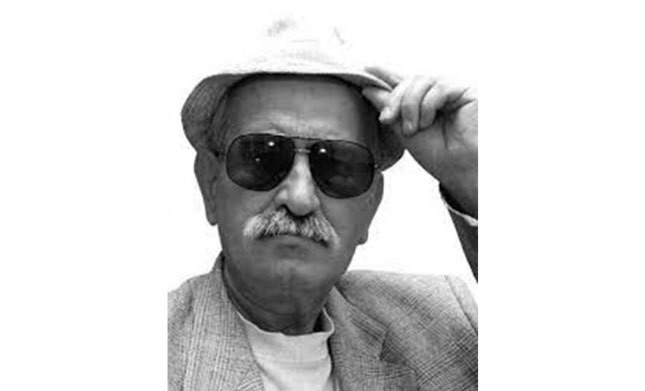 One of the leading figures of the ‘Second New' movement in Turkish poetry, Ece Ayhan was a rebellious poet who avoided daily routine jobs and systems, and reflected his nature in his poems by pushing the boundaries of language in an effort to break the literary tradition and create a new realm of meaning

Though many poets belonging to the religious minorities in Turkey have written poems in Turkish, Turkish poetry draws greatly on Islamic ethics. The moral content of the Turkish language carries traces of the Islamic tradition even if the poet himself does not believe in the tradition.

The lack of a target tradition to pull down shows that the First New or the "Garip" (Strange) movement must have already brought Yahya Kemal's interpretation of the tradition tumbling down long before. However, any tradition is stronger than one poet's interpretation of the same. The Second New poets also inclined toward unique interpretations of the tradition, both poetic and religious. Turgut Uyar wrote a modern "Divan," while Sezai Karakoç rewrote the "Leyla ile Mecnun" (Layla and Majnun) romance in their later career.

Two minor poets of the Second New, namely İlhan Berk and Ece Ayhan kept the subversive attitude against the established ethics and form of the tradition. İlhan Berk acted as a committed formalist opposing even the meaning in poetry, while Ece Ayhan tried to smash the meaning itself.

Ece Ayhan was born "Ece Ayhan Çağlar" on July 10, 1931 in Datça, where his father, Behzat Çağlar, worked as the Revenue Officer of the District. His paternal grandfather was the mufti of Gelibolu. His mother, Ayşe Hanım, was the daughter of Hafız İbrahim Deniz, who was half peasant and half trader.

Ece Ayhan was initially schooled in several districts of Çanakkale, a western province of Turkey in the Marmara region, including the central district. In 1940, he moved to Istanbul with his family. His father by then had retired from public service.

Ece Ayhan graduated from Karagümrük elementary school, Zeyrek secondary school and Taksim high school. We do not know much about his childhood, though he gives some hints in his poems about the poverty they lived in.

He was among the student poets' circle in Ankara during the 1950s. Sezai Karakoç witnesses that Ece Ayhan was making weird formalist experiments in poetry, which he criticizes for not being serious enough. Cemal Süreya, who was secularist like Ece Ayhan, was closer to Sezai Karakoç, maybe for having that seriousness, who knows.

Cemal Süreya once said modern Turkish poetry began with boarding students, implying that they were poor fellows coming from the non-elite social environments. Ece Ayhan, despite being a child of the majestic Istanbul, was a lonely boarding student, too, from a poor family background.

The Second New poets chased originality and uniqueness in poetry. The first poems of Ece Ayhan were completely original and this caused a difficulty in getting them published. He was refused by several outstanding magazines, including "Varlık" (Existence) and "Yeditepe" (Seven Hills, which means Istanbul). His early poems were ultimately published in a posthumous book volume.

Ece Ayhan wrote some of his best poems in Ankara. He mentioned Belarus, Hebrew, the Vedas, Sanskrit, and Babel in his poems to create a heterodox air in poetry. He looked like he came from outside Turkey, the Turkish tradition, and its morality and Islam.

It is shocking that Ece Ayhan became a governor after graduating from the Political Sciences Faculty. He worked as the public administrator of various sub-provinces while continuing to write his anarchistic and sometimes vandalistic poems.

The aforementioned schizophrenic duality continued for seven years until he resigned from public service in 1966. Though public service was family business to him, his character could not cope with it.

Meanwhile, he married Deniz Hafize Hanım, who died in 1968 from cancer. She is the mother of Ege, the only child of Ece Ayhan. He never married again. Some people think that Ece Ayhan was gay, but he officially denied such claims.

The nature and the state

The 1970s were troubled but productive years for Ece Ayhan. He published a book of poems called "Devlet ve Tabiat" (The Nature and the State), which includes many of his most famous poems. These are political with dissident opposition not only against the government but the establishment in general.

Ece Ayhan became the heretic of the secular struggle in later years. His fans have sought to think of him as a civil society champion, who refused everything and anything from the state, though this is not true. Ece Ayhan saw long-term support from significant politicians and statesmen, including Bülent Ecevit, one of the late prime ministers of Turkey.

Ece Ayhan suffered from a brain tumor beginning in 1974. Though Gazi Yaşargil, the famous brain surgeon, had removed the tumor and helped him to survive, Ece Ayhan was always ill. Whether or not that illness arose from psychosomatic reasons, he always needed help from his friends.

Ece Ayhan chose not to have an ordinary life. He quit any job that was given to him. He even left his son to the parents of his dead spouse. He never had a continuous residence to live in. And yet this poverty did not prevent him from living with the cultural elite of Istanbul.

He also had a cruel, even sadistic side. He liked to embarrass people by writing their secrets to the public. He always kept insulting his peers. He was not consistent. He accused Edip Cansever for being rich, while he insulted Cemal Süreya for being poor. His many insults, accusations and similar words only showed his dark side, but cannot be used as accurate historical testimonies, because he was never accurate and coherent in narrating the unhappy old days.

Ece Ayhan suffered severe illness in his later years. Thanks to Enis Batur, his editor, he gained wider fame in the second part of the 1990s and lived in comfort in the years before he died.

The most dissident poet of the modern Turkish poetry died on July 12, 2005 in İzmir. He was laid to rest in his family's yard in the Yalova village of the Eceabat province in Çanakkale.
RELATED TOPICS