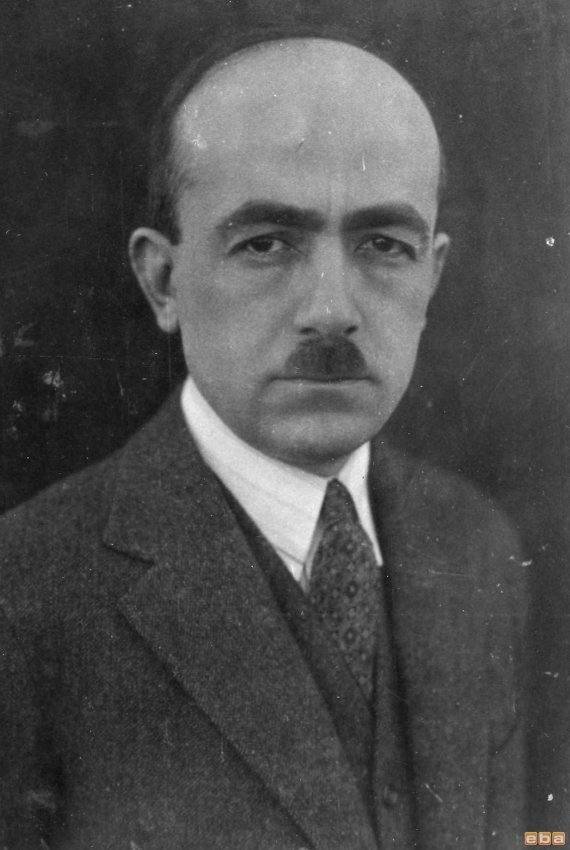 Yakup Kadri Karaosmanoğlu, a leading Turkish writer, was one of the most influential figures of his time in terms of politics, as a close friend of Mustafa Kemal Atatürk, as a publisher of magazines and one of the founders of Anadolu Agency

When I heard Murat Belge say, "Hmph, I'm bored of all these matters," in a political debate on TV in the early 1990s, I was very astonished, and realized something that had a big impact on the rest of my life. I was 21 and disposed toward seeing myself as responsible for every matter concerning my country; therefore, I tried hard to learn everything about who said what. I used to read a lot, listen to other people and watch with pleasure TV debates where "the enlightened," such as Belge, often showed up. I was astonished by his reaction, but then I realized that while we didn't have the right to be bored with our national matters, some did. His majesty Belge was one of those who could shamelessly be bored of Turkey's severe problems. Indeed, problems don't disappear when he's bored, but he and his type never lose their fame, their so-called intellectual reputation and so on.

We have some clues about the family inheritance behind Belge's"enlightened" boredom. When we look closer at his great uncle, Yakup Kadri Karaosmanoğlu, we see that his intellectual anxiety dates back to the first decade of the 20th century in the family tree. Let's take a brief look at Kadri's biography since we all wish to be"enlightened" people in this country. Let's become enlightened together:

Karaosmanoğulları: For and against the state

Kadri comes from a family of local despots that were torn between Turkey and Egypt. His father, Abdülkadir Bey, was a member of the Karaosmanoğlu family, which offered their support to İbrahim Paşa, the commander of the Khedive of Egypt when Paşa occupied Syria and Anatolia during the war against the Ottoman Empire. As a reward, Paşa took the Karaosmanoğlu family into his service. Abdülkadir Bey then became a relative of the Khedive family as he was married to İkbal Hanım. However, political events didn't let this nobility by marriage exist long. The Karaosmanoğlu family was noble in Egypt, but notable in Turkey. This situation didn't change in the second half of the 19th century. Finally, in the Constitutional era the family returned to Turkey.

The Karaosmanoğlu family has an interesting lineage. It was also called the Karaosmanoğlu "dynasty" because they were part of local notables who had gained influence against central Ottoman authority in the 17th century. The family openly and harshly opposed Istanbul during the reign of Selim III and Mahmud II. They were the losers in the struggle between the center and the periphery. It is interesting to see that a century later, Kadri was in the same losing situation with regard to Mustafa Kemal Atatürk.

Kadri maintained his family's irresolute character throughout his life. His education was interrupted many times. He was born in Egypt, they moved to Manisa where he finished Fevziye School, and then he started İzmir High School but returned to Egypt with his mother when his father died. In Egypt, he continued in French schools, and then he tried to return to İzmir but participated in the Jöntürks. Still, he wasn't a typical Jöntürk. He tried literature and read many French novels. Then he moved to Istanbul with his mother and became a student in the School of Law but soon gave up. He left everything incomplete in his life.

His interest in literature pushed him to participate in the Fecr-i Ati movement of his peers, but he gave that up too and initiated the New-Greek movement with Yahya Kemal, which only consisted of the two of them, and then they left it as the War of Independence began.

Kadri posed as a Bektaşi dervish for a while. We don't know whether that was snobbish curiosity or a sincere pursuit, but his career as a dervish didn't last long either. He wrote very negatively about the Bektaşi sect in his novel "Nur Baba." But his negative impressions were widely revealed in "Yaban" (Stranger) and "Zoraki Diplomat"(Unwilling Diplomat). The first was a novel where he recorded his negative opinions about Turkish people. The second was a memoir that reflected pessimism about the new regime. Since his individualism in his Fecr-i Ati years, Kadri had never come together with the State nor the people.

From independence to revolutions

There is only one period where Kadri dispensed with his irresolute and pessimistic character and nearly became a man of action: The War of Independence. When he was in Istanbul, he wrote articles and stories supporting the struggle for independence in İkdam and Yeni Mecmua newspapers. His book, "Ergenekon," was an outcome of these days. He was a member of the group invited to observe and record the national independence struggle in Ankara. Kadri published his impressions of his trip to the Eastern Front in Istanbul newspapers.

Having returned to Istanbul, he published his novels. Like his wingman Yahya Kemal, he was both in and out of the war. He was in since he never rejected any assignment from the Ottoman Chamber of Deputies and worked with heart and soul. He insistently published articles for the independence struggle. His novel, "Sodom ve Gomore," was a severe accusation against the noble class that turned away from the independence struggle.

Just before the victory, Kadri returned to Ankara, and he was elected deputy of Mardin after the liberation of İzmir. In a sense, he left the high class he had been part of and became a revolutionary. He then continued his columns in "Cumhuriyet" and "Hakimiyet-i Milliye"newspapers and participated in the founding of the the Anadolu Agency.

Being a member of the "Ankara fellowship" during the 1920s, Kadri founded "Kadro" magazine, which had a "progressivist" and "leftist"stance, with his close circle. His famous novel "Yaban" was serialized in "Kadro" as well. After first two years of publication, the magazine was forced to close due to the discomfort it caused the rulers, and Kadri was appointed as consul, an "unwilling diplomat," to Tirana, Albania. The regime decided it would benefit if Yahya Kemal and Kadri were abroad since one was a conservative and the other was too progressive. Like his close friend Yahya Kemal, Kadri spent years as a respected but inactive diplomat.

In the late 1950s, Kadri was in Ankara and politics again for a while. In 1957 he became an editorial writer for the "Ulus" newspaper and a representative in the National Unity Committee after the 1960 coup d'etat. Between 1961 and 1965 he became a deputy once again, but in 1962 he resigned from the Republican People's Party (CHP) on the grounds that the party deviated from revolutionary ideals. He left politics in 1965 and became president of the Anadolu Agency in 1966.

Kadri was a doyen of politics whose opinions were often quoted and requested until his death in 1974. He spent most of his life in realpolitik which he did not feel close to. In a session that he participated in 1973, the writer of "Yaban" ironically complained about politics: "In our country, politics is unfortunately considered a politics of position."