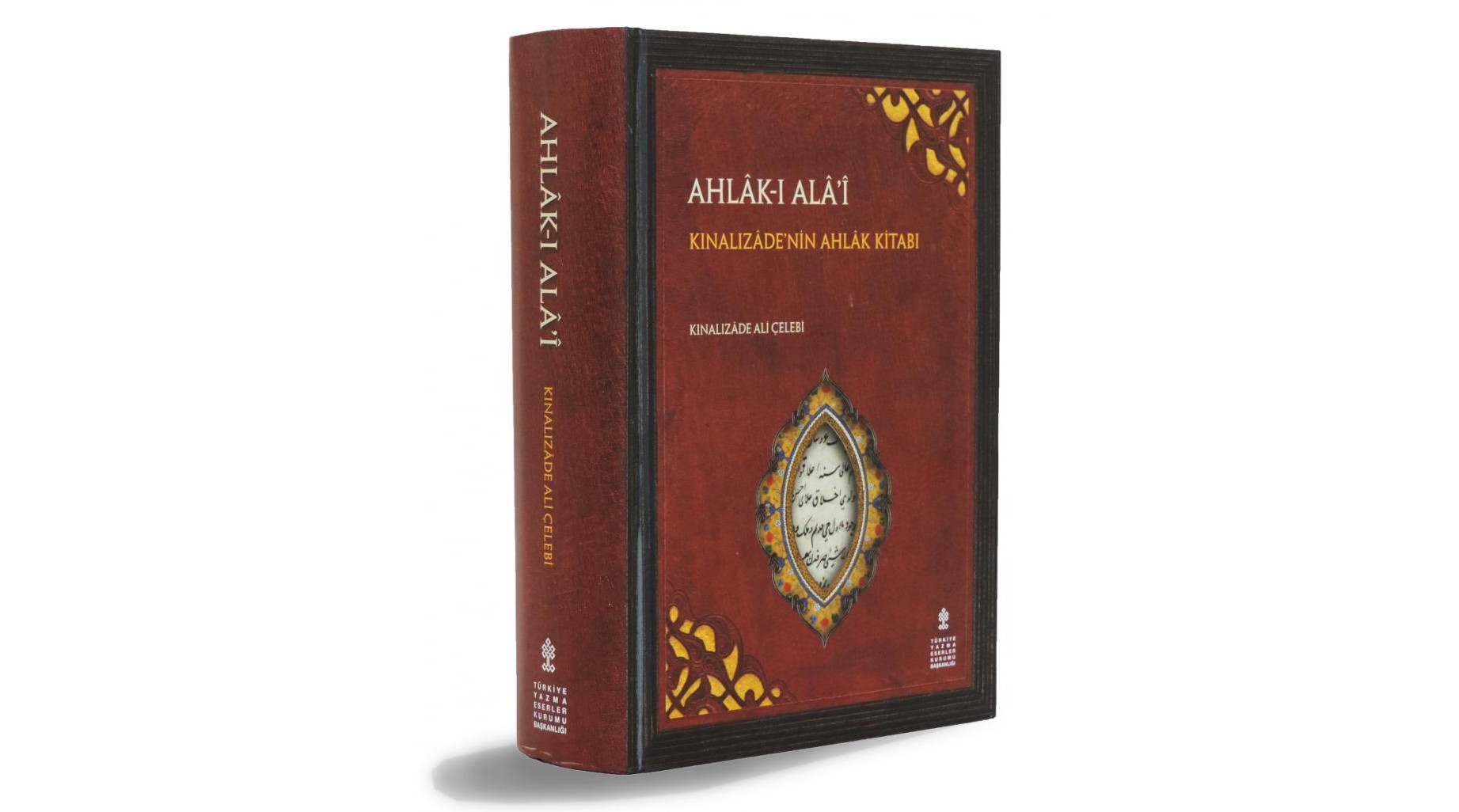 Having lived in the 16th century, Kınalızâde Ali Çelebi was an Ottoman jurist and intellectual who contributed greatly to the sphere of ethics, building his own commenting on cumulative international knowledge with his famous book ‘On Good Manners'

Apart from the short-term interruption caused by Timur's armies at the beginning of 15th century, the Ottoman Empire had been a shining star of Islam to Western countries since its founding. The Ottomans, who used to reach a higher level than that of other states in each century, became so great that it could rival places in the East and West in the 16th century.

This military and governmental success does not resemble the short-lasting successes of Genghis or Timur. The most important reason for this is that the Ottomans entered this stage of history not as a destructive but a constructive power unlike the Mongols. As the Quran indicates, when armies go for jihad, wise men and scholars are left behind to continue guiding people. That is the secret of the Ottomans' success: not military victories, nor a perfect bureaucracy.

Stars of knowledge in the 16th century

The 16th century reminds us how magnificent sultans such as Selim I and Suleiman the Magnificent were. It is always said that these sultans had great respect for scholars, but those scholars are not mentioned popularly. Both the personalities and works of classical age scholars were overshadowed.

Actually, due to being one of the most advanced periods of the Ottomans, the 16th century was an abundant one in terms of knowledge. What is overshadowed or darkened is our perspective. Works of that period are not evaluated very much outside the academic world.

It is always said, "If the West had this, it would be well-known by the whole world." As relates to the hundreds of scholars that lived in the 16th century, the work Ahlak-ı Ala'i, translated as On Good Manners, which collected and integrated previous works on ethics and gave Ottoman color and tone to this richness, and its author Kınalızade Ali Çelebi, are such examples.

Two peas in a pod: Palace and madrasah

In great states, politics takes advantage of maximum thought. We see a serious group of mentors and advisers behind Ottoman sultans, whose great deeds were witnessed by history. More scholars than viziers could have stood behind Mehmet the Conqueror. Emrullah Efendi was one of these scholars. Even though he was a"kadi," he mentored Mehmet the Conqueror when he was just a prince.

The name Kınalızade or son of Kınalı - kına means henna - came from his grandfather. This grandfather, Mevlana Abdülkadir Hamidî, used to apply henna to his beard. Ali Çelebi, who descended from this eccentric grandfather and father, was born in 1511 in Isparta. Ali Çelebi, who was the judge of the army in Rumelia before dying in 1572, was waiting to become the highest Islamic jurist or shayk-al Islam. However, the real virtue of Ali Çelebi is neither his being a judge nor close to the dynasty. He shone as a mudarris or professor, and as a productive author. Islamic scholars used to write on every subject, which is an Islamic tradition. Ali Çelebi's works, from Islamic sciences to poetry, are also known. But the most important one is Ahlak-ı Ala'i.

The child who would be a scholar

It was not difficult for little Ali to choose his career since he came from a family of scholars. When he reached puberty, he had his consent from the great professors of the Mahmutpaşa, Davutpaşa and Sahn-ı Seman madrasahs.

In 944 (according to the Mohammedan calendar), something interesting happened. An examination on behalf of Suleiman the Magnificent was held among scholars. Sahn-ı Seman Madrasah Kara Professor Salih Efendi, who taught Ali Çelebi, was also examined. Unfortunately, Salih Efendi became too upset and was paralyzed after being defeated by Eyyub Ali, another professor in Sahn-ı Seman. This greatly influenced Ali Çelebi and led him to change his professor; he began taking lessons from Çivizade Efendi, who was then the judge of the army in Anatolia.

Ali Çelebi, who was first assigned as trainee and then as an assistant to a professor in 1539, became an official mudarris in 1541. Today, a mudarris can be thought of as an assistant professor that taught in universities. This means Kınalızade officially became a lecturer at the age of 30.

It is said that Ali Çelebi consulted Ebussuud Efendi, the judge of the army in Rumelia, with all his works up to that time, and Ebussuud Efendi did not break this bright young pupil's heart and eased his way into becoming a professor.

From madrasah to the court

Ali Çelebi, whose career in the madrasah developed over the years, became judge of Damascus in 1563, after 20 years. Then he could practice. He was also promoted in the following 10 years. We cannot see any downgrade throughout his career, even though this is something seen frequently in Ottoman bureaucracy. The reason why Ali Çelebi made calm and determined progress is his indifference to politics and his concentration on work.

Kınalızade, who ultimately was able to be the judge of the army after being "kadi" for 10 years, was edging towards becoming the highest Islamic jurist. However, he developed a serious disease and died in the winter of 1572 in Edirne. His contemporaries described him as the head of Ottoman scholars.

Circle of justice in book's episodes

The book on good manners, which is the most significant work of Kınalızade, was written with the claim that it would contain each and every ethical issue of its time. There are many topics -- from ethics to housekeeping, from governing to foundations of law -- in the book. When transcribed to contemporary letters, the topic count is nearly 650. There are also simplified versions, but Fahri Unan's transcription is preferred. The language of the book is plain and an educated person can easily understand it with a little bit of effort.

Kınalızade wrote his book as three epistles: knowledge of morals, knowledge of housekeeping and urban politics. The most important of the three is the first and longest one, on morals. The author examines inherent traits, differences in character, virtuous behavior, humane weakness and malignancy. The second epistle is about family life. The third and last is directly about the state.

In particular, this last epistle is based on the idea of justice. We see a famous circle of justice at the very end of the book. According to this circle beginning and ending with justice, the world stands still thanks to justice. The world is like a vineyard whose wall is the state. State order is provided by Islamic law. If there is no homeland, Islamic law cannot be applied. A land cannot be conquered without soldiers. And soldiers are collected through money. This money is taken from people as taxes, and people will pay taxes only if the sultan behaves righteously.
RELATED TOPICS