Depiction of another world: Behzad 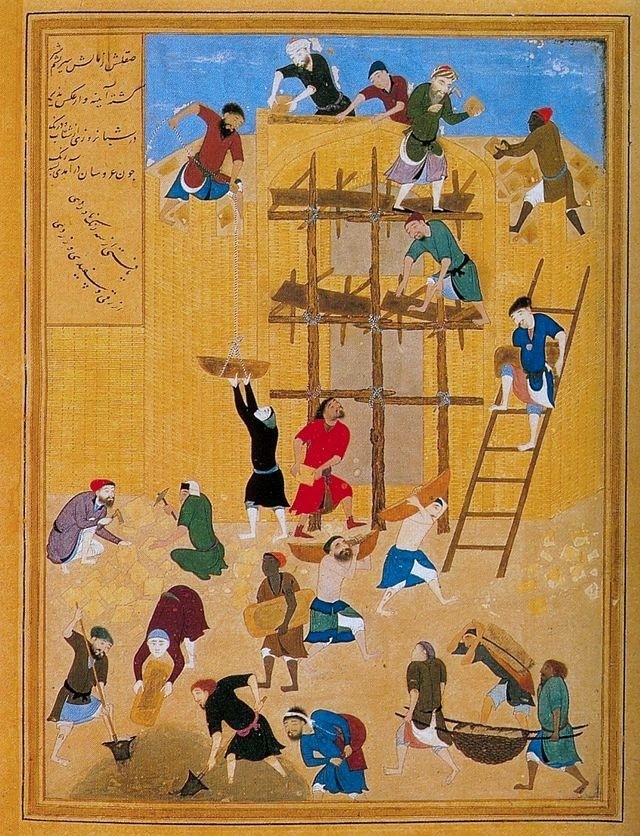 Having lived in the heyday of Islamic arts in Iran between 1450s and 1530s, Iranian miniature artist Kamal al-Din Behzad was a great artist as well as a master who raised other talented artists

We often describe our own art with names created by foreigners because we have lost our own artistic essence. Substituting foreign words for our works, such as calligraphy instead of "hat," miniature instead of "taswir," we have forgotten that each word possesses its own essence. The clarity, certainty and strength in the word "hat" simply does not translate to the intricate and dusty mood of the word "calligraphy." The sunny word "hat" coincides with the enlightened architectural structures of mosques, while there is no doubt that the serious and staunch word "calligraphy" perfectly pairs with gloomy and labyrinthine churches.

Likewise, the historic tale of the words "taswir" and "miniature" is not much different. Where "taswir" means broad and plain, the smaller and clumsier meaning of the word "miniature" is actually the complete opposite. The roots of the word "miniature" originate from the small illustrations used in Latin books in the Renaissance era. Taswir is translated with greater intrinsic meaning, "visualization," "picture" or "to make something visible." When you depict something or make "taswir," you arrange it in such a way that its small pieces can be perceived visually. Also, when we describe something, we are depicting it with words. Thus, we can easily argue that, while miniature means making something smaller, taswir means to make something visible.

Now, let us discuss the Islamic art of taswir and its most significant "musawwir" (artist of taswir) of all, Kamal ud-Din Behzad. 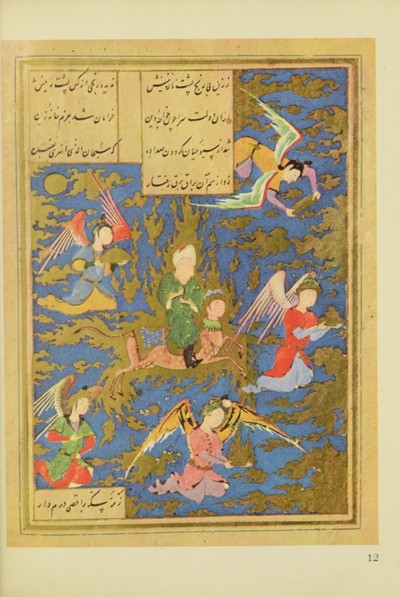 The "taswir ban" in Islam is a hotly debated topic, inspiring numerous books on the subject. However, it is important to separate the rumors from the truth. First, let us summarize the knowledge on hand: There are three common views concerning the taswir ban in Islam. The first theory is based on the hadiths quoted from sahabahs, such as Ibn Abbas and Abu Hurairah. These hadiths strictly prohibit the depiction of any creature with a face and a shadow. The second theory questions those hadiths. However, any well-educated person can disregard this theory because the hadiths are specific and clear. The third theory is that if the depictions are not used for worship or rituals, taswir is allowed. The Islamic art of taswir is based on this third theory. In the end, if you are not making religious icons and interfering with Islamic rituals, you are free to make taswir and "naqsh."

Taswir in Islam emerged as pictures and reliefs on the walls of the architectural works of the Umayyads. These pictures and reliefs were exceptionally modern and liberal for their time, even including the Hellenistic style and sexual components. As a result, they were destroyed before being removed from the Umayyad palace due to the fact that it was impossible for Muslims to embrace Hellenistic naturalism and freedom.

The real birth of the Islamic-style painting called "taswir" or "naqsh" began with scientific drawings, and later through literary books in the Abbasid era. The simple monochrome illustrations in the medical books translated from ancient Greek were turned into colorful, detailed and ornate depictions.

A capital of art: Herat

The tradition of the Iraq-Abbasid pictorial book and the tradition of Central Asian-Uyghur mural painting were fused in the era of the Ilkhanids and the Timurids in Iran. A small army of multi-talented artists were employed in the Herat, Tabriz and Shiraz palaces. Today, each of these cities is still celebrated and respected in the art world because they have maintained their own unique styles through the centuries. 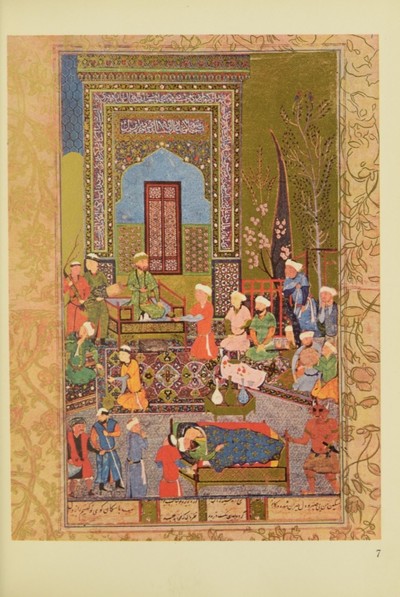 A fatherless "naqqash" (naksh artist) called Behzad, who lived in the last era of the Timurids and in the first era of the Safevids, would become the shining star of this branch of art. Despite knowing little about Behzad's character and life, a great deal is known about his works. Today, the majority of his works are in the Topkapı Palace museum.

There is no concrete information about Behzad's actual date of birth, yet it is widely believed that he was born in 1450, and that he was fatherless. It is said that he was raised in the care of Merek Naqqash, an important artist and friend of Ali Shir Navai, the great Turkish poet. While Behzad grew, the head of Herat was the famous Husain Bayqara, who was known for his support of artists and the educated.

Herat was a haven for art and literature in the second half of 15th century. While Ali Shir Navai was creating his top-quality works with eastern Turkish, the production of pictorial books culminated.

Having begun work as a fatherless apprentice, Behzad was working as the chief Naqqash when Safevid took control of Herat. Due to his age, he was not overly productive during Safevid's period. In fact, there are very few taswirs by Behzad from that time. Under the watchful eyes of Husain Bayqara, the golden age of the Herat School and of Behzad was the Timurid period.

Torn between Selim I and Shah İsmail

As for Mustafa Ali of Gallipoli, after Sultan Selim I defeated Shah Ismail in Çaldıran, Shah, who had hidden Behzad in a cave before the battle, praised Allah when he later accidently found Behzad during his retreat. At the time, there was fierce competition between shahs and sultans, which not limited to battles. They were also trying to attract poets and artists for more prestige. The story of Mustafa Ali demonstrates the Behzad's importance as a naqqash. As a result, Shah Ismail brought Behzad to Tabriz during the same year.

Before Behzad, there were two styles in Islamic painting, also called taswir or "khurda-naqsh." The first was the plain and mature style called the "Baghdad" or "Seljuq" style, a mixture of Arabic-Turkish styles. The simple and symbolic dimension of this style falls flat and does not produce movement. The second is the Mongolian style, which was advanced under the auspices of Ilkhanids. As a result, this realistic style puts less emphasis on the components of nature and decoration. Instead, it depicts human faces in detail along with their movements.

Realism in the Mongolian style was cut short and symbolism became dominate in the second half of the 14th century. The Naqqashes of Iran began putting more importance on decoration and ornamentation than on figures and perspective in the era of the Timurids and the Safevids versus the Ilkhanids.

This new style culminated thanks to Behzad, and it is possible to regard Behzad's style as a school of its own. His naqsh can be characterized as a harmonious plurality. When these naqshes are closely examined, the riot of colors may seem blinding, however upon closer examination you can understand how artful and subtle these colors are used in the details. Compared to the epic characters of the Mongolian style, we can regard Behzad's characters as lyrical. It is important to remember that he is mostly featured in books of poetry where he was able to bring delicacy to the miniatures. Inspired by the realism of the Mongolian style, he combined it and the symbolism of the Baghdad style, producing lively taswirs with movement. Considered the most impressive, his taswirs on war are worth seeing.

Behzad, whose art has been influential for centuries, died in 1535 or 1536, in Tabriz.
RELATED TOPICS