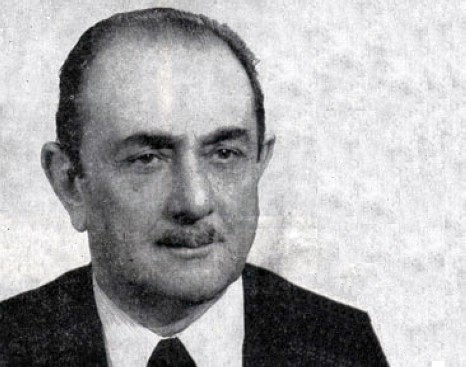 Serving for more than half a century as a teacher at various schools and colleges, Mahir İz loved teaching so much that ‘Teacher Mahir İz' is engraved on his gravestone. Also known as a lifetime learner, he followed lectures at various departments including chemistry, law and literature, and graduated from one of them when he was 43

Professor Mustafa Uzun, a student of Mahir İz, recalls his first lesson with his teacher: "It was 1966 or '67 I suppose. We were then students at the imam-hatip of Istanbul. Ahmed Muhtar Büyükçınar was our Arabic teacher. We were taking private lessons from him. Once he told us to learn reading and writing in Ottoman as well and he sent us to Mahir İz, who was the principal of the Fatih College at that time. We visited him with a small crowd of students, 10 or a few more I think, kissed his hand and told him our intention to receive Ottoman lessons from him. He accepted our offer at once and told us to fetch our notebooks, which we had prepared already. Then he made us write the "bismillah" (Arabic for "in the name of God") and the first stanza of the Independence March, our national anthem."This little story gives us a clue about how Islamists continued their tradition within the framework of a secular state. The bismillah indicates the daily religious praxis since it's the opening for prayers and sermons, while the Independence March, written by Mehmet Akif, one of the most prolific Islamists of the Constitutional period and the Independence War years, hints the political vision of Islamism through the Republican atmosphere. İz himself says, "When I studied the Independence March with my students, I tried to teach my students the religious and national values through the March and to give them an opportunity to think about the regime's attitude against these values. The school syllabus in those days did not help teach those values."

İz was no political fighter or extremist. He always kept working in the secular state's educational institutions, mostly as a teacher. İz struggled within the system, which was latent preparation for the future's Islamist political movements.

İz was born on Jan. 28, 1895 in Istanbul. His family was known for raising many Islamic scholars from both his father and mother's side, including his father İsmail Abdülhalim Efendi, who worked as an Islamic judge in Medina and Ankara, his maternal grandfather, İbrahim Rüştü Efendi, a judgew and madrasa teacher, and his uncle, Hüseyin Hüsnü Efendi, who was sheikh al-Islam, the highest rank of Islamic scholars in the Ottoman Empire.

İz was first educated in Lesbos, Isparta and Ankara due to his father's duty rotation. He graduated from the Ankara Sultani, which was an Ottoman school ranking high school.

İz began working as a Turkish teacher at Ankara Sultani in 1916, during World War I. After the War of Independence exploded and the Grand National Assembly gathered in Ankara, he worked as a clerk for Parliament together with other teachers from the school.

His work in the Grand National Assembly is significant because he witnessed war and politics there. He once said: "We lost the pride of our past session by session, year by year in Parliament," describing the Kemalist leadership gradually defeating its Islamist opponents.

In 1924, İz moved to Istanbul and began working as a history teacher at the imam-hatip school in Vefa. However, he continued his higher education. So, he followed lectures at various departments including chemistry, law and literature, although he graduated from none of them.

İz married Mihrinur Hanım, sister of Muhyiddin Raif Bey, an English teacher and a minor poet. The couple had a daughter.

İz loved teaching so much that "Teacher Mahir İz" is engraved on his gravestone. He worked for more than half a century as a teacher at various schools and colleges. This was his political action, too, teaching religious values to students within the boundaries of a secular syllabus.

İz was not a lone worshipper, but rather a society man. He said: "Our preachers in the mosques drive the people toward individual worship. Because of that, the people are leaving the idea of society and their social duties. It is in opposition to the tradition of our prophet Muhammad to leave the people and society and think of only one's self."

He also loved learning. He was 43 years old when he graduated from the Literature Department of Istanbul University. He was the principal of a secondary school in Istanbul.

İz retired in 1960. However, he continued teaching at private schools, including New College in Beyoğlu and Boys' School in Fatih. After a while, he began teaching Islamic literature, the history of Sufism and rhetoric at the Islam Institute, Faculty of Theology.

İz's most significant book is his memoirs "Yılların İzi" (Trace of Years), in which he wrote about his experiences with people and institutions through the 20th century.

His studies about the history of Sufism have been collected in a separate volume, too, called "Tasavvuf" (Sufism), printed four times from 1969 until 1990.

İz died on July 9, 1974. His grave is in the Sahrayıcedid Cemetery in Istanbul.