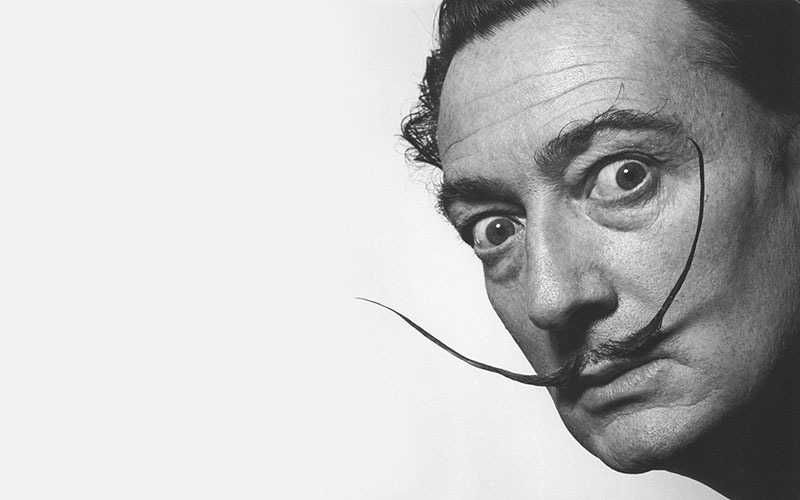 According to the police statement a Lebanese and three Syrian nationals were detained during the raid in Beirut, for trying to smuggle the painting named "The Portrait of Mrs. James Reeves."

Lebanese Internal Security Forces reported that the artwork had been seized on Oct. 13 following a large-scale investigation carried out by the country's judicial police unit dealing with international crime.

The police said the painting had been stolen "from a country neighboring Lebanon".

Supposedly, the 1954 painting dates from Dali's classical period and is one of the portraits that the artist painted during his stay in the U.S.

Dali expert Nicolas Descharnes, whose father Robert worked closely with Dali as his secretary, was quoted as saying that the Portrait of Mrs. Reeves had been auctioned several times between 1986 and 1997, the BBC reported.

However, until now none of the art critics stated whether the painting found in Lebanon is authentic.

If the portrait's authenticity is verified, it is estimated to be "worth millions of dollars."

Salvador Dali, was a prominent Spanish surrealist artist of Catalan ethnicity born in Figueres, Catalonia, Spain. His fiercely technical yet highly unusual paintings, sculptures and visionary explorations in film and life-size interactive art ushered in a new generation of imaginative expression. From his personal life to his professional endeavors, he always took great risks and proved how rich the world can be when you dare to embrace pure, boundless creativity.