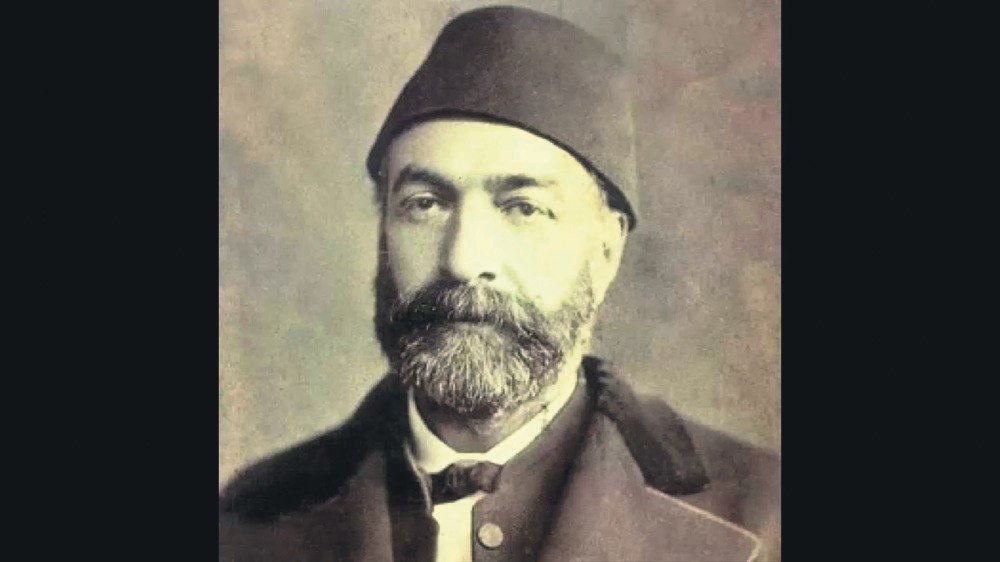 Ziya Pasha represented the balance between the old and new. He was a very wise man, which is reflected in his poetry.
by Hakan Arslanbenzer Dec 16, 2017 12:00 am

Born and lived in the 19th century, Ziya Pasha was a statesman of the Ottoman Empire as well as a hardworking and productive poet

The attitude of poets against the state has continued to be a debate in Turkish poetry circles since the members of the Second New movement of the 1950s declared their independence from the state, although in many cases they worked as public servants. For instance, Ece Ayhan, who invented such terms as "a civil poet," worked as a governor for years. The struggle of Turkish poets to seize their independence from the state has not yet reached a certain point because many poets go on to prefer the state rather than the private sector.

In the 19th century, there was no systematic private sector in the Ottoman Empire and poets were merely public servants. The Young Ottomans, who started both individualism and political opposition, also worked for the state. Namık Kemal and Ziya Pasha, the two masters of the Tanzimat literary movement, were governors, although they were among the opponents of the government.

Ziya Pasha was born Abdulhamid Ziyaeddin in 1828, in Constantinople. His father was a public servant. He was educated at Mekteb-i Ulum-i Edebiyye (School of Literary Sciences), where he began writing poetry, and at Beyazıt Rüştiyesi (Beyazıt High School), where he tried to learn Arabic and Persian.

Due to his knowledge and beautiful handwriting, he was recruited by the government as a clerk at the age of 16, which was common in the Ottoman bureaucracy. In the office, he met and made friends with such prominent writers and politicians as Fatin Efendi, Kazım Pasha and Leskofçalı Galip.

Ziyaeddin became a regular at coffee houses in the old Istanbul districts where poets gathered. In his memoirs, he admits that he learned poetry from his elderly friends.

Ziya was lucky that he took a position at the Ottoman palace, where he began learning French. He saw the opportunity to promote his position as an administrator. Meanwhile, he wrote "The History of Andalucia." He also collated some translations on the history of the inquisition.

Ziya was not so popular in the palace because he and Grand Vizier Ali Pasha were enemies. Although he found some relief after Ali Pasha was fired and Sultan Abdülaziz was crowned, the higher ranks exiled him to Cyprus as the governor. According to Ottoman bureaucratic tradition, it was a punishment to assign somebody to a position far from Constantinople.

Ziya lost one of his sons from disease on Cyprus. After his father died, he was allowed to return to Constantinople. However, his exile would not end. Ali Pasha managed to have him assigned as governor in far provinces including Sarajevo and Amasya.

The struggle between Ali Pasha and his young opponents, including Ali Suavi, Ziya Pasha and Namık Kemal, climbed to its peak in the late 1860s. Furthermore, the young governors organized a secret society called the Young Ottomans. Ali exiled every one of them to far districts such as Cyprus and Rhodes. So, Namık Kemal and Ziya decided to run to Paris, where the Young Ottomans could publish their dissident political views freely.

Namık Kemal and Ziya Pasha were obliged to move to London from Paris as the sultan was expected to visit Paris. However, the sultan also visited London, where Ziya submitted him a letter asserting his innocence.

Meanwhile, the Young Ottomans had some controversies involving Ali Suavi and others including Namık Kemal and Ziya Pasha. The latter two began publishing the Hürriyet (Freedom) periodical in London in order to put some distance between them and Ali Suavi, who had a devious character.

Ziya had to leave London for Paris and then Zurich as Ali Pasha induced the British government to arrest Ziya. He continued publishing Hürriyet in Zurich and writing bitter pieces against Ali Pasha's administration. After Ali Pasha's death in 1871, Ziya presented a special poem to the sultan and was allowed to return to Istanbul.

Ziya and friends captured significance by the help of change at the palace, meaning that they put Sultan Reşad on the throne after the suspicious death of Sultan Abdülaziz. Reşad had a mental breakdown and left the throne to Abdülhamid II, who would rule the empirefor more than 30 years.

Abdülhamid promoted Ziya's rank to vizier and pasha and sent him to Syria as the governor, which was a general policy of the sultan in getting rid of the opponents. Ziya worked as governor in Konya and Adana, where he died in 1880.

Although Ziya Pasha worked for the state for more than 30 years, his true legacy is what he did for poetic change in the 19th century. Şinasi, Namık Kemal and Ziya Pasha were the impetus of new Ottoman poetry, which received influences from French poetry and modern European political thought. Şinasi was not a major poet, but he was seen as an inspirer. Namık Kemal was the champion of the new in every sense. He always tried to write what the Ottomans had never written, including political novels and plays. Namık Kemal was very creative but he often pushed too much for the new.

Ziya Pasha represented the balance between old and new. His poetry is full of wisdom. Ziya was a very wise man, which is also reflected in his poetry. Some of his lines still live as idioms. When one should emphasize working rather than speaking, one says: "What mirrors a man is his work; no one looks at his words," which is from one of his famous poems. Although he died at 50, Ziya Pasha represented the century's maturity and experience of the Ottomans.