Ülkü Tamer: 'Under the cold grass' 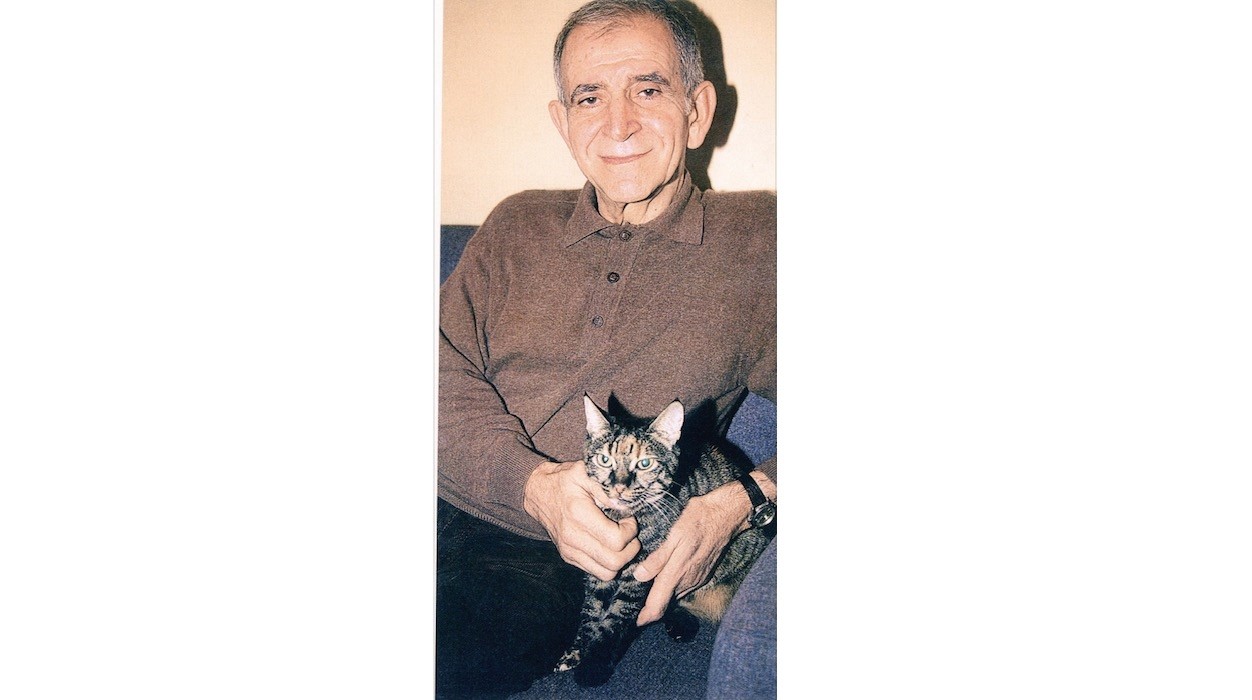 Tamer was a poet, editor, literary translator and amateur actor. He was a sympathetic figure who everyone loved and praised.
by Hakan Arslanbenzer Apr 07, 2018 12:00 am

As one of the last representatives of the Second New movement in Turkish poetry, Ülkü Tamer was also a prolific translator and wrote lyrics for many songs still popular today

Ülkü Tamer died on April 1, 2018, and the circle narrowed. Now only Sezai Karakoç is left, while all of the other major and minor poets of the Second New movement have passed away, as well as some of their followers.

The first of the Second New society to die was Turgut Uyar, who passed away in 1985, followed by his closest friend and ally, Edip Cansever, who died only one year later. Cemal Süreya, the poet of city lights and mundane lives, would follow them in 1990, marking the end of the famous triumvirate of the Second New reign in the Turkish poetry circles.

Tamer was not only a poet but also an editor, literary translator and amateur actor. He never became overly popular or successful in any occupation he pursued, but he was one of those sympathetic figures that everyone loved and praised to some extent.

Tamer was born on Feb. 20, 1937 in Gaziantep, a southern province. As a child, he was fond of movies. He also liked wildlife and authentic people, topics that would become strong elements in his poetry later.

Tamer was sent to Istanbul by his wealthy family to study at Robert College, which taught him English as a foreign language. Tamer mostly earned his living by translating English.

He graduated from Robert College in 1958. Meanwhile, he had already published his early work in prominent literary journals in Istanbul. He married Rana Tomris Gedik, who after their separation would go on to live with Süreya and later married Uyar, two other major poets of the Second New movement.

After finishing high school, Ülkü Tamer initially studied law but later transferred to Istanbul University's Department of Journalism, from which he never graduated.

Amateur actor, professional translatorTamer was never overtly interested in academic studies. Instead, he turned to acting. Though he was a respected poet and published an early book of poetry, "Soğuk Otların Altında" (Under the Cold Grass, 1959), he was more interested in an acting career. He performed in many plays and even joined theatrical groups to tour the country. However, Tamer never earned fame for his performances on stage.

The young poet divided his attention between the arts, work and intellectual circles. He worked for several journals and publishing houses, including the A Dergisi (Journal A), Milliyet publishing house and Varlık (Existence) journal, among others. Thanks to his fluent English, he always had a job in the private sector and never worked as a civil servant, which Turkish poets generally do not want to.

Interestingly, Tamer actually inserted himself into a literary quarrel between Sezai Karakoç and Edip Cansever, backing the latter. It is interesting to note that Tamer was often not around when the Second New poets did their jobs as absolute poets. Instead, he preferred to visit circles focused on publishing, poetry and theater.

Tamer was a prolific writer who was frequently published. He never hesitated to write similar and minor poems, unlike his peers. The generals of the Second New movement, including Karakoç, Uyar and Süreya, used their pens as weapons for the poetic revolution, while poets like Seyfettin Başçıllar, Tamer and Tevfik Akdağ wrote what they wanted, offering up nothing revolutionist.

Tamer's poetry is known for its unique voice and sympathetic nature. He published his first three volumes in just three years before he made his most famous publication in 1965, "Virgülün Başından Geçenler" (The Adventures of the Comma).

"The Adventures of the Comma" won hearts and became some of Tamer's best known poetry. After his death, many readers wrote remembrances like, "We lost our lovely comma," on their social media accounts. The comma poems portray a fictitious humanized comma who acts like a lovely, irrational kid struggling to deal with formality and institutionalized culture.

People loved the comma, and Tamer became more popular than ever. However, he would never take a leading role in the Turkish poetry. He remained a silent, unofficial poet though he received some awards and continued to publish poetry.

Tamer always stayed connected to the most urbanized circles in Istanbul. Yet, he never forgot Gaziantep and the rest of the country. In fact, he wrote two books based on his childhood memoirs.

Tamer also wrote small folkloric poems praised by leftists. Some of these poems were composed and sung by famous singers, including Ahmet Kaya and Zülfü Livaneli.

Throughout his career, Tamer also translated more than 100 books into Turkish.